Nigeria is at a tipping point. Although it has recorded impressive GDP growth in recent years, this growth needs to be inclusive to be sustainable. Now that Muhammadu Buhari has been declared the winner of the recent presidential election, he will have to make some important economic choices. His government can consolidate the several positive steps taken by the administration of his predecessor Goodluck Jonathan, or it could chart a different course that takes the country in a different and unknown direction. 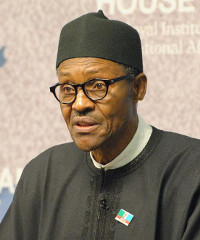 Nigeria’s president elect, Muhammadu Buhari, has much to do.

Prior to Jonathan’s administration, governance in Nigeria was dominated by personalities who ruled by the dictates of either their personal preferences, or ethnic and religious chauvinism. This resulted in dismal growth. Yet it is important to note that over the past decade, Nigeria has seen notable growth, built up its institutions, and claimed its rightful place as Africa’s largest economy after a rebasing of its GDP.

Nigeria is certainly not Africa’s most developed country, but it is important to give credit where it’s due for these achievements, which have taken place amid the world’s greatest recession in recent memory.

Political cronyism in this huge, complex state, is one of the main reasons that Nigeria has historically been bedevilled with such dysfunctional governance, volatile economic performance and shallow growth.

The country has an incredibly heavy and powerful central government which Nigeria’s many ethnic groups do not accept because of disagreements over the sharing of the country’s wealth. These ethnic groups have aspirations for their region’s development that have never been satisfied by the centre, and a large number – particularly the Igbo, Ijaw, the Efik but also Yoruba – are quite republican as a result.

It is not surprising then that Nigeria’s lack of social cohesion has led to a current arrangement that breeds corruption, infighting, the prolonged insecurity caused by Boko Haram in the north, and policies that have had the opposite effect to growth.

The Ajaokuta steel mill, for example, has been a financial sinkhole. Then there was the maintenance of government-owned refinaries that perennially operated at far less than 50% of capacity, the electricity matter (which gobbled at least US$10bn under Obasanjo’s government alone) until Jonathan successfully privatised/unbundled its production and distribution, and plans to resuscitate agri-based production and reform education which had seen no follow-through before the current government.

In order to embed a new era of sustainable and inclusive growth, Nigeria must focus on political reform and deepen ongoing economic reforms. Buhari needs to set some early priorities, as well as setting out clearly whether the private or the public sectors should play a more prominent role in the economy. Buhari is fabled to be incorruptible but the same may not be said for those around him. Indeed, a major worry is that government-led production could be a concealed platform for high-level corruption and wasteful spending. There is some argument that the drive for profit that usually governs private sector-led production would at least lead to more productivity.

Buhari’s victorious APC party is a political coalition bridging both the south-west and north of Nigeria. South-westerners (the Yoruba) have been among those most vociferous in calls to restructure Nigeria’s political re-organisation, particularly during a National Conference convened by Jonathan in 2013. Past national talk shops were evidently just that – talk shops.

But this one was different because many Nigerians believed the conference was not convened to placate aggrieved ethnicities or for political foot dragging by someone leaving office. Instead, a reputed chairman oversaw the proceedings; people from all works of life and ethnicities were involved; there was no political interference from the presidency; no subject regarding restructuring of the polity was a taboo. Recommendations in a subsequent report were split into two: those implementable via executive powers and those that needed legislative ratification – both of which Jonathan promised to move towards after the elections.

Buhari’s administration can get off the starting-blocks quickly by continuing this process, particularly the devolution of power and resources from the centre to states or regions. The north used to be a bastion of agricultural production, while the south had a cottage industry of manufacturing and a high work rate. However, with the fixation on oil, agricultural production has been effectively abandoned. This process needs to be reversed.

One of the first specific priorities for Buhari should be to avoid the temptation of destructive policy U-turns that could set the country back. Jonathan’s administration made some footprints in the sand when it came to economic reforms that Buhari should follow and deepen.

His economic team must build on the established efficient budgeting and fiscal management that befits a rich resource-based economy that is supported by a credible national bureau of statistics producing clear data. There should also be efforts to ease the burden of oil subsidies on the country’s recurrent budget expenditure – which has perennially been greater than 80% of total budget (pushed slightly lower under Jonathan’s administration).

Buhari should insist the newly improved, but long overdue petroleum industry bill, which sets out a raft of reforms to the oil sector, gets quickly passed into law. The country also needs to push hard to strengthen the development and management of its capital markets, with a view to making Nigeria a regional hub of finance. This should include a beefed-up, independent Security Exchange Commission, upgrading the Nigeria Stock Exchange’s soft and hard infrastructures, and better linking with capital markets in the West African region and beyond.

Continuing the relentless rehabilitation of infrastructure including electricity, roads, railways, aviation and ports is a key priority – across all regions of Nigeria – as is the reawakening of agriculture, as credible paths for diversifying Nigeria’s economy. The incoming government should also seriously revamp its provision of the key social infrastructures of healthcare and education.

But perhaps most urgently, Buhari’s government should seriously address employment issues. Nigeria’s teeming young adult population is so hungry for jobs that several people were killed in a stampede when one government department for immigration services conducted a recruitment exercise on a football pitch last year. Youth unemployment stood at 54% in 2012.

Unemployment is just the end symptom of the fundamental maladies which Buhari must address as his priorities. But he will also have to deal with external pressures, such as the vacillation of world oil prices that have hit Nigeria hard, and the growing instability in West Africa. Buhari’s incoming government will have its work cut out for it to take Nigeria forward.

This article was first published by The Conversation, and written by Kalu Ojah, professor of finance at the Wits Business School of University of the Witwatersrand.