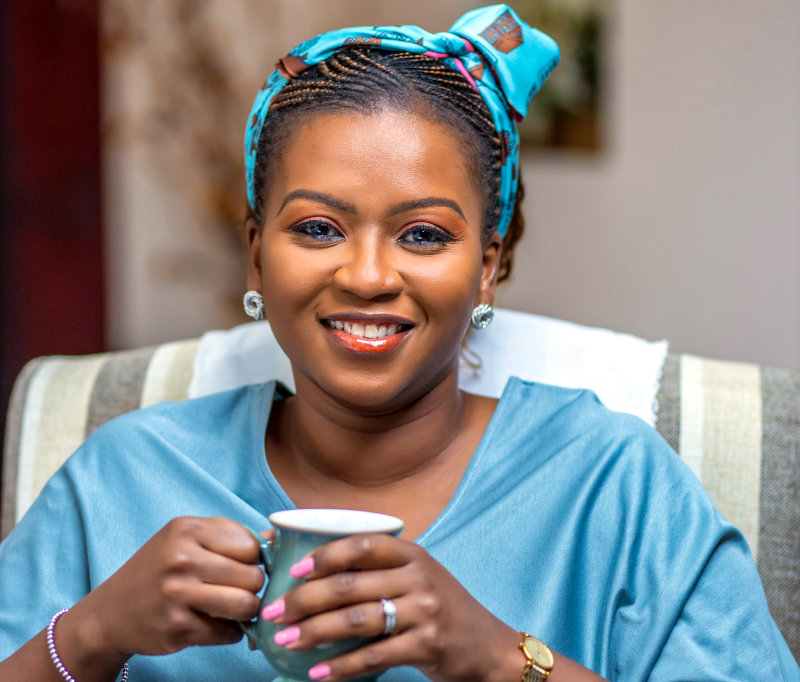 When an acquaintance tasted Nike Majekodunmi’s cookies for the first time in 2006 at a housewarming party in Lagos, Nigeria, he immediately enquired about the selling price. Majekodunmi, an e-business management consultant at the time, felt a bit offended that he would think baking was “all she did for a living”. Yet, he persisted and became her first client.

Shortly thereafter, the same man placed a large order for his company’s Christmas party. “That is when I finally admitted I also bake, with regular orders coming in,” she remembers.

Her products became increasingly popular. “For a while, I was a baker by night, e-business consultant by day.” It was around this time that she got married, and when the couple wanted to start a family, she chose to leave her day job and focus on the baking. The idea of the flexibility, that she could work from home and have time to spend with the kids appealed to her.

“Little did I know the business was going to snowball into this machine,” she laughs. The customer base grew so quickly, she had to move out of her home kitchen into a shop less than a year later.

Majekodunmi officially rebranded to Nuts About Cakes in 2010 to highlight the expertise the bakery had developed in cakes. What was once a side-hustle has turned into a thriving bakery chain with more than 130 employees and eight retail outlets.

One of the early milestones for the company was when it moved from its original location to a more prominent space in Lekki Phase 1, a well-planned, mapped-out residential scheme by the Lagos state government. “I realised I had to raise finance for this move, because I wanted to go large-scale. I wanted the modern comforts, quality equipment and a café,” she says.

Majekodunmi drew up her business plan and tried to sell her dream to friends and acquaintances. “It is very humbling when you are looking for finance. I took that business plan from home to home, office to office.”

In the end, the only investors who did take equity were her husband and her father. Her mother also provided a small loan.

However, it was enough to get Nuts About Cakes into its new space. The team of four had to lock various rooms because they initially had no use for them. The company immediately received its first walk-in customers. “The first day two people came into the store and we were so excited,” she laughs. “Then we had four, then six and it grew from there. Today, across all the locations, we probably have 700 to 800 daily walk-ins.”

There were a few steps the team took to grow the business. From the start, reinvestment was a focus. Majekodunmi did not draw a salary at first, instead, ploughing all the revenue back into the business. Nuts About Cakes steadily expanded its product options. The cookies and cakes were popular but the company opted to hire a pastry chef so it could sell bread. This brought a steady stream of everyday foot traffic through the doors. Majekondunmi then added meat pies, sausage rolls and scotch eggs. “Another big milestone was when we opened the café at our Lekki Phase 1 shop. We became well known.”

The product line-up – combined with the café model – was replicated in the next location, Ikoyi, one of the most expensive real estate areas in Nigeria. Then followed a bakery and café in Circle Mall, Lagos. Today, there are eight retail outlets.

In 2014, Majekodunmi went back to the classroom to complete a business course at Lagos Business School. “It was an owner-management programme which helped me think of myself as a bakery director instead of just the baker,” she says. She also completed a Seed Transformation Programme in business administration and management from Stanford University Graduate School of Business in 2018.

Nuts About Cakes supplies its cookies, cakes and pastries to customers through various “clicks and bricks” channels, explains Majekodunmi. About 30% of all sales come through telephonic orders. Walk-ins remain a mainstay despite the impact of Covid-19 restrictions.

A channel that is fast gaining traction is sales generated through social media. The company is active on Facebook and Instagram. One channel that has surprised Majekodunmi is the company’s WhatsApp Business account. “I never thought people would be comfortable placing orders over WhatsApp; it’s a growing channel for us.” 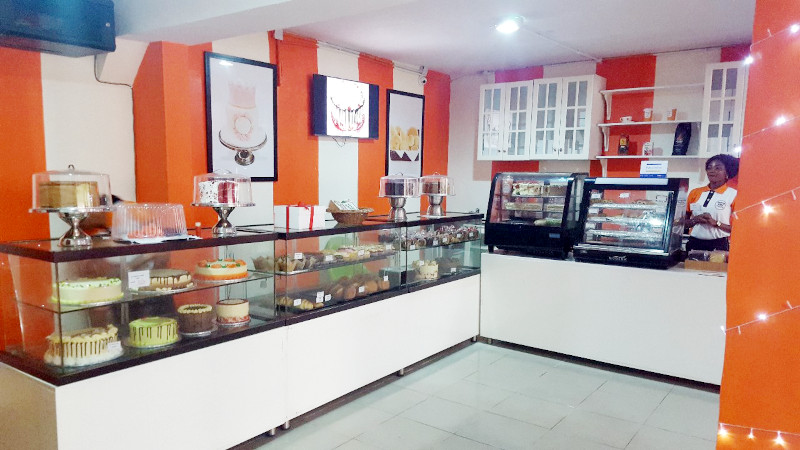 A Nuts About Cakes store

Nuts About Cakes also has an e-commerce platform. It is not performing as well as the others but it is popular with people living abroad – particularly the US, UK and Canada – who want to place orders for delivery to family members in Lagos.

The company counts major businesses such as Citibank and Microsoft under its corporate clients and also supplies schools, boarding facilities and churches.

“Our next step is to develop a mobile app to further support this multichannel platform,” says Majekodunmi.

The company has two main competitors in Lagos, both of which have been around for more than two decades. There are also new rivals. When Majekodunmi started baking cookies all those years ago, cake celebrities – like Buddy Valastro, the Cake Boss, or the team from Charly’s Cake Angels in Cape Town – were not as popular. There was also no Instagram.

“From around 2014, when the TV shows really took off, people began making cupcakes and cake pops. Things changed; today, Instagram businesses as a collective have grown to become a huge competitor.”

Nuts About Cakes had to change its approach to be able to compete with Instagram bakers when it comes to bespoke cakes. A home baker on Instagram would spend a day or two decorating a cake and posting the best photographs. “For me, if I have a decorator that only decorated two cakes in a day, he has not shown up for work! You have to do at least 15,” she says. “We had to move towards more front-end off-the-shelf cakes that can quickly be inscribed with a name while a customer waits. This is the effect Instagram had on our business.”

Majekodunmi had to overcome a lack of confidence in herself and the business in the early days. “I would tell people what I did and they would roll their eyes,” she recalls. “There was not a lot of support and I had to pull myself through that.”

Along the way, external challenges also surfaced. Businesses in Nigeria have to make additional investments to be able to survive off the grid. Nuts About Cakes has its own generators to combat the unreliable electricity supply and a borehole to ensure clean water for baking. It also pays for private security.

The company lost one of its stores to an unexpected state government policy that ruled all retail stores on one street had to be demolished. In the last year, the company also had to deal with the devaluation of the naira, the #EndSARS protests and subsequent curfew, and then Covid-19 and a lockdown.

“Everything can change in the blink of an eye. When the lockdown came, we had to close five stores and move from 30% of sales being deliveries to 80%. We quickly had to employ independent delivery drivers – sort of a man-in-a-van concept – and train them. You have to be nimble and think on your feet,” she says.