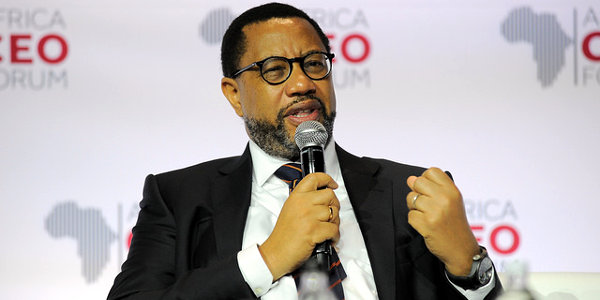 The past two years have been trying times for MTN in Nigeria, the mobile operator’s largest market where it has over 60 million subscribers.

In June 2016, the South African-headquartered company resolved to pay a 330 billion Nigerian naira (about 1.1 billion US dollars at the current exchange rate) regulatory fine imposed on it in 2015 for failing to deactivate more than five million unregistered SIM cards.

In addition, Nigeria has been experiencing significant economic headwinds due to the fall in the price of oil, which accounts for the vast majority of the country’s foreign earnings. The economy was also in recession during 2016, with GDP shrinking by an estimated 1.5%. “The operating environment continued to be difficult with the contraction of the economy impacting consumer spending,” said MTN in its annual report for the year ended 31 December 2016.

However, if MTN executive chairman Phuthuma Nhleko is discouraged by events in Nigeria, he is not showing it. Speaking during a panel discussion at the recent Africa CEO Forum – held in Geneva, Switzerland – Nhleko described Nigeria’s oil-induced economic troubles as not uncommon for emerging markets.

“I think we do have a situation where a lot of economies, particularly emerging markets that are not sufficiently diversified, will tend to be far more impacted by the fall of a particular commodity. In this particular case it’s oil,” he said.

Nhleko explained MTN has a medium to long-term strategy in Nigeria.

“It is still a very important market, almost 170 million people. And [just] because you are going through a difficult phase in the last two to three years, is certainly not a reason to reconsider a very large investment,” he said.

“My message is: Let’s not get too focused on the volatility of the period. Let’s take a 10- to 20-year view in these countries.”

Nhleko said for an African company to be included in the Fortune Global 500 list (currently there aren’t any), requires the political resolve to create conducive business environments on the continent.

He also called for greater economic integration among African countries, which will give companies access to a larger market. “You can’t have 54 mini economies, and hope to be a Fortune 500 company… We really do need the borders, in the commercial sense of the word, to be flattened. I know it’s easier said than done, but we really need the cross-border matter to start disappearing, because that gives us the scale and the reach to start having momentum.”

He said the digitisation of industries such as healthcare and financial services in Africa present significant business potential. “I generally believe that the biggest opportunity is the fact that everything is getting digitised.”