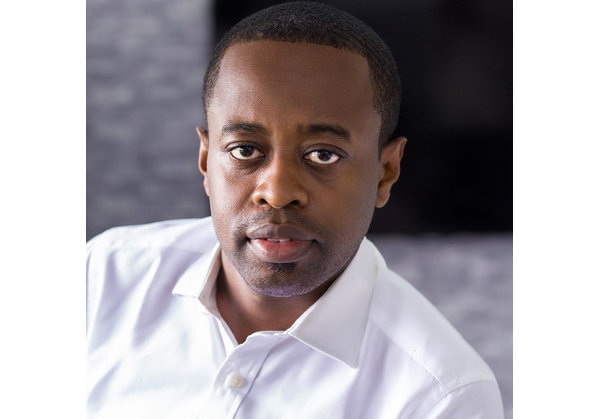 UK-born Abayomi Onasanya believes students are like seeds that can grow into trees, given the right environment. This provided him with a fertile business idea: to build affordable student accommodation and each development would be named after trees.

An earlier business venture ignited the idea. Many of the students he employed in his Lagos call centre were “half-baked” and struggled with basic computer skills. “I realised the students travel miles to get to university and the accommodation is often overcrowded and lacking in basic amenities; sometimes it’s just a shack. The students had so many challenges that distracted them from their studies and achieving their full potential.” Good, clean, affordable housing could improve this, benefitting businesses and the country in turn.

After moving to Nigeria 15 years ago, Onasanya got involved in real estate development, building 200 residential units in Lekki in Lagos and selling them to young professionals. In 2013, the recession hit and the market crashed. He decided to step back and re-evaluate his options.

During his time out, the idea for Student Accommod8 was born. The company develops and operates purpose-built student housing. It buys land, obtains design and planning permissions, runs a tender process for contractors, and builds and furnishes the apartments before renting to students.

The first development, Pine House, was slightly different. Onasanya took a derelict building near the University of Lagos and turned it into a 43-bed high-end student residence. All rooms are en suite, which is unusual for student housing, with communal kitchens, lounges, a cafeteria and a mini-mart, as well as laundry rooms and a manager’s office.

Pine House was branded – like a Marriot or Hilton hotel – and processes and procedures were devised that would be uniform across each development. “This was important because, as we began to scale the business, standard operating manuals and rules and regulations would make it easier for everybody including management,” Onasanya says. It took 18 months from conceptualisation to opening the first residence in October 2016. By the end of the year, it reached 100% occupancy. 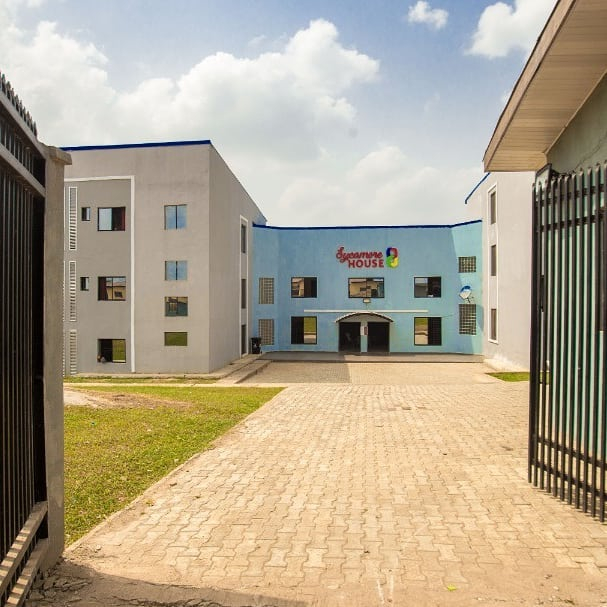 Once there was a successful model to scale, Onasanya went on to build Sycamore House in Ago-Iwoye, Ogun State; and Cedar House in Ibeju-Lekki, Lagos State. These are bigger residences with 384 and 140 beds respectively, on land acquired in conjunction with the university. With these Onasanya also experimented with higher-end, mid-level and basic, more affordable accommodation. “The first few years were all about testing what would work and we realised the basic product was where the demand was. There is no-one who does student housing the way we do it in Nigeria; there was no data or track record to tell us where the market is. By building at three different levels, we were trying to understand the market,” he explains. “Today, we have about 600 beds with a development pipeline of about 3,000 beds in different stages of construction.” All this will be at the basic end of the market.

Taking on the competition

A basic bed costs $600 per annum and includes water, lights and security (wi-fi is an optional extra) in decent locations. “We are consistently at a 100% occupancy at every one of our buildings,” Onasanya says.

Before starting a development, he commissions a feasibility study and once work is in progress, he launches a marketing campaign three months before opening. “Student Accommod8 is positioned as a brand. Once the students see the accommodation, they are fairly sure what is on offer.” The accommodation is paid for in advance. Sponsoring student events is part of building the brand and, by the time a new development opens, the waiting list outstrips the number of beds available.

Student Accommod8’s big advantage is scale. About 90% of the market is made up of mom-and-pop establishments. “A landlord with 12 beds will have to pay for a security guard and spread this cost over these rentals. We have hundreds of beds to carry the cost.” As the business scales up, the beds become more affordable.

Universities also provide competition with residences often housing 2,000 to 3,000 students. However, these buildings are often badly maintained with no water or sewerage. “They are able to compete because they charge very little, but they are not an ideal place to live,” Onsanya says. His establishments are managed in a structured way with strict rules, visiting hours, spot checks and CCTV cameras.

“Competition is good. The accommodation shortage is so dire, we are only just beginning to scratch the surface. From our research, there is a gap of about 1.8 million student beds in Nigeria alone.”

Onasanya has a background in technology and his company has a digital platform called Connect Central, where rooms can be booked and maintenance issues reported. It is similar to an intranet or an enterprise resource planning (ERP) and is constantly being developed. “We envisage it to be a platform that we can give to other third-party owners to use to manage their accommodation, so it’s something that we want to develop over the next few years.” 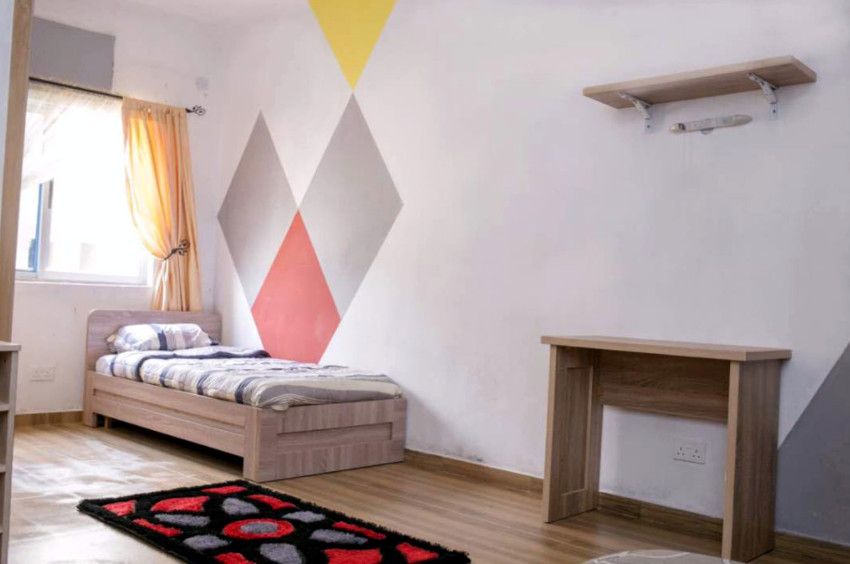 A room inside the Cedar House property.

Onsanya initially raised finance in the form of soft loans from family and friends. In 2018, the company secured its first institutional capital of $1.3 million from a Nigerian fund, Consonance Kuramo Special Opportunities Fund 1, that invests in high-growth early-stage companies in east and west Africa. This was instrumental for business growth.

The following year, the company raised $3 million from the Nigeria Infrastructure Debt Fund, a listed fund that focuses on providing debt capital to key infrastructure companies. Student Accommod8 is currently raising an additional $10 million to help build up the business to 5,000 beds. “One of the challenges in a business that is asset-heavy, such as ours, is the ability to deploy the capital,” he discloses.

Power and other challenges

The biggest obstacle in Nigeria is electricity, so each of the sites operates on solar energy and generators.

Title registrations and dealing with government are further hurdles. “Permits and approvals typically take a bit longer than we would like.” The cost of licences is on the high side, too. “There’s a lot of advocacy on our part to get the state governments to understand we are here to help.”

It’s also necessary to be more than just money-minded. Boisterous students away from home for the first time are challenging but, fortunately, there have been no major incidents so far. “There are situations where we have to take off our business and commercial hats and put on a guardian’s,” he notes.

Living through a pandemic

Lockdowns due to the Covid-19 and a shift towards online learning was a bit of a disaster but their off-campus developments helped mitigate risks. “Residences have been closed since March this year. Our worst-case scenario sees students returning next March but we have enough of a cushion to operate until then. We have reduced our overheads and head office staff,” he explains.

In Nigeria, online learning hasn’t yet taken hold because of connectivity and power issues. “Culturally, African parents want their children to leave home to go to university and get the campus experience,” Onsanya says and he doesn’t anticipate this changing anytime soon.

Onasanya spotted gaps in the market in Ghana and Zambia and a 208-bed development in Lusaka will open in January. In Accra, the construction of a 143-bed development will start in May. He chose these two countries because of Ghana’s centrality in West Africa, while Zambia provided him with a market in the south of the continent without venturing into the saturated South African market.

“Diversification is necessary because the market in Nigeria can be quite unpredictable.”

In the next five years, Onasanya hopes to reach about 15,000 beds across the three countries for which he’s still raising capital. “The issue with student housing is that it is a never-ending pit of expenses,” he says. “You constantly have to invest in it.”

If he had to start over again, Onasanya reveals he would focus on the basic end of the market straight away, instead of doing more high-end and mid-level developments, but overall he is pretty happy with the way things have gone so far. He may also have picked a more efficient design as it affects everything from pricing to bills, management and time to build and, with hindsight, a perfect design from the get-go would have been ideal.

The biggest trend in Nigeria’s property industry is the demand for affordable housing. There was a boom in luxury, high-end properties but that market has become saturated and the focus is now on affordable pricing for the general market.

“What we are seeing is a lot of capital finance going into construction and real estate purchases,” Onasanya says. The buyers are professionals in telecoms, banking and insurance sectors. “Housing that is low-end, basic and out in the sticks is still doing okay but it’s not booming as much as the middle-class stock.”