Swiss food and beverage multinational Nestlé is expecting “major growth” in the Kenyan market in five years when recent discoveries of oil begin to flow. 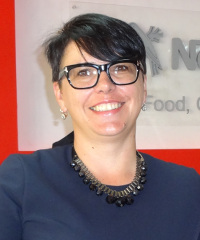 Nestlé Kenya Managing Director Svetlana Obruchkova says the purchasing power of consumers in the East African country is set to rise and push the sales of branded goods.

“There are affluent people and the middle class is growing but it is still not growing at the extent we would like. We strongly believe that this growth will come when the oil and gas is developed and a wider part of the population will get better incomes. The potential is really great… and we expect major growth to come in the next five years.”

Obruchkova told How we made it in Africa that Nestlé’s business in Kenya has grown steadily in the last 47 years, “driven by the increasing income of the population”.

“One of the key signs that the middle class is growing is the number of shopping malls and modern trade outlets which are present here. For the majority of fast moving consumer goods companies the share of modern trade in the total share of our business is over 40%, so it is very big.”

In the last two years Nestlé has invested US$25m in revamping its factory in Kenya which supplies Kenya, Uganda, Tanzania, Rwanda, Burundi, eastern Democratic Republic of Congo, Malawi and Zambia. The Kenyan plant also exports the Milo brand, beloved among the African diaspora, to a UK distributor which then supplies to retail chains.

“The Milo which we produce here is the original recipe originally invented in Australia over 40 years ago. It has a very rich and nice taste and for many people it is nostalgic. There is a big African diaspora in the UK and in Europe. [They]… are very well integrated [but] they still look for some of the things that bring back their memories, feelings and experiences they had in their home country.”

She explains that while Milo produced in Asia is available in the European market it has a different recipe which has evolved over the years.

Nestlé’s best performing brands in Kenya include Nescafé and Milo, as well as food flavouring Maggi.

While Kenya’s coffee consumption has grown steadily in recent years, Obruchkova believes “we could do much better”, adding that Kenya and Uganda still maintain a tea drinking culture and view coffee as a “currency” because of its export to the west.

“For us to grow the coffee [industry] in Kenya we need to grow local consumption. We do a lot of sampling and the target audience is the youth.”

Through its My Own Business (MYOWBU) model initially developed in West Africa, Nestlé is using entrepreneurial young people to supply its drinks in high density markets.

The firm is seeking to recruit 500 youths in Kenya by 2016 to promote the Nescafé coffee brand in busy public areas such as open markets, stadiums and bus stops.