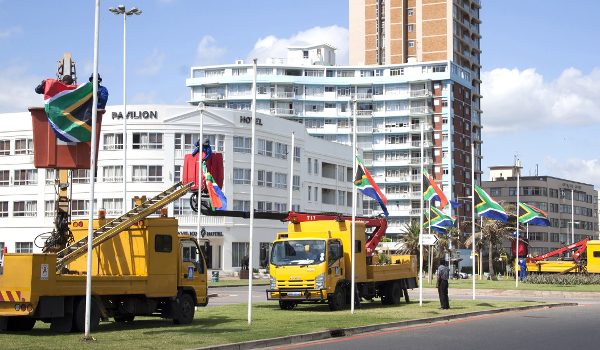 I have previously referred to the South African economy as just muddling along – we aren’t shooting the lights out, but we haven’t sunk into the depths of a recession. But wouldn’t it be awesome if we could break out of our no-growth shackles? We can. And it’s not far-fetched either.

There are essentially two issues that the ratings agencies are looking at when reaching a sovereign rating decision on South Africa, namely: economic performance by getting our house in order and the context and structure within which the economy is functioning, which is to say keeping our house in order.

There can be little debate about the sluggishness of the South African economy, with growth of a modest 1.3% in 2015. Add to that our other economic woes of unemployment running at 26.6% (an outrageous figure even at the narrow official rate), inflation having exceeded the 3%-6% target range for seven of the past eight months, and ongoing twin deficits with the current account deficit running at 3.1% of gross domestic product (GDP) in the second quarter of 2016 and the budget deficit expected to come in at 3.2% for the 2016/17 fiscal year.

All this points to an economy in a really poor state, and to get off the rating agencies’ watch list, it is critical that the sluggish growth rate is lifted. On this score, a lot of airtime has been given to the importance of avoiding recession. However, whereas the textbook definition regards recession as occurring when growth falls into negative territory, the ratings agencies more correctly regard recession as occurring when economic growth falls below population growth. In this vein, and allowing for a margin of safety, to ensure steadily rising prosperity, a country needs to achieve economic growth that is at least 1% above its population growth.

In absolute terms, 1.6% is extremely sluggish growth, but when compared to South Africa’s population growth rate of 1.7%, on a per capita basis, we are going backwards – and have done so for five of the past 10 years. As an aside, there is some good news in this, in that our population growth rate has risen every year since 2003 when it was 1.2%. While this is a clear reflection of success in the fight against HIV/AIDS, it means that the economy will need to grow ever faster to see rising prosperity. Put simply, the 10-year average growth rate of 1.6% is well below the required rate of 2.7% to sustain prosperity and stay off the ratings agencies’ radar screens.

There is a silver lining to the seemingly dark cloud: the recent weak growth experienced in South Africa has been a function, overwhelmingly, of exogenous or once-off factors. Depressed commodity prices, the drought of 2015/2016 and the self-inflicted electricity deficit, which injected uncertainty into the mining and manufacturing sectors, have hampered the economy. But they are all in the process of abating: commodity prices are perking up, the drought is working its way out and the power deficit is becoming a surplus as demand management continues and the renewable energy independent power producers (REIPPs) start to feature.

With these three effects reversing, we are on the cusp of a reversal in economic growth fortunes: the South African economy could see growth of 2%, or modestly more, in the next 18 months. However, each of these items can only deliver a once-off benefit to the country. Once the reversal is factored in, the economy will revert to its structural growth path, which is somewhere between 2% and 3%. This may keep the rating agencies at bay, but it would still leave South Africa extremely vulnerable and any shocks would take us out of forgiveness territory.

If we require economic growth of 2.7% (1.7% population growth plus 1%) to stay off the rating agencies’ radar screens, what can be done to achieve it? There are two critical ingredients missing in the South African economy and resolving these will lead to the growth that we need.

By doubling the savings rate of the country, we would be able to significantly boost growth. But the investments need to be in productive capacity and fixed capital. Not only is the growth this generates sustainable, but it is inclusive too.

Second, we need to create jobs, which means the development and support of small- and medium-sized enterprises. As much as large businesses can drive economic growth, it is only mid- and small-sized firms that are able to establish and sustain job creation on the scale the country desperately needs.

If we get these two elements right, the rating agencies will go from being on our backs to backing us. It will completely change the narrative around South Africa and return us to the “darling” status we enjoyed in the mid-1990s and the mid-2000s.

But our institutional fabric is already robust

Alongside economic growth, a second component that the rating agencies have pushed to the fore is the country’s institutional fabric: aspects and attributes such as the stature and stability of the National Treasury; the effectiveness of the SA Reserve Bank; and the efficiency and strength of the South African Revenue Service. In the last six months important evidence has emerged that has underlined the country’s institutional strength – the Constitutional Court has handed down a ruling to hold the President to account; civil liberties, such as a media freedom, have been upheld; and ground-breaking municipal elections were held in a truly democratic context.

All this underscores the robust nature of South Africa’s institutional fabric. It has given us a stay of execution in the face of poor economic performance, revolving door Ministers of Finance and a potential onslaught on the Treasury which, together, probably justify a rating downgrade.

To change South Africa’s outlook, we need to build on our institutional framework, ensuring that it cannot be compromised and, at the same time, use that strength to push towards the economic performance that we require of population growth plus 1%.

And the good news is that this miracle is within our reach. We need to stop talking, stop self-inflicting economic wounds and get on with the business of building. In the absence of this, we can expect more of the same in the form of listless growth and a ratings downgrade and, with that, rising unemployment, falling per capita incomes and growing aggravation of ingrained socio-economic ailments.