Mozambique has remained on the radar screen of investors this year, as its economy continues to progress from years of civil conflict and a socialist driven ethos. 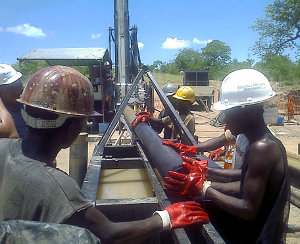 Riversdale is developing mines in Mozambique, including the USD2bn Zambeze project.

“Riversdale has very large resources in Mozambique,” said Grant Craighead, managing director and co-founder of Sydney-based research company Stock Resource. “The challenge for Rio is finding assets big enough to make a material difference to the company and this fits that criteria.”

This follows the awarding early November of the right to operate Mozambique’s third mobile-phone service to Movitel, which plans to invest USD436m between 2011 and 2015 setting up its network. The new operator is a venture between Viettel Group, a unit of Vietnam Military Telecommunications Corp., and SPI- Gestao e Investimentos, the investment arm of Mozambique’s ruling party.

It will compete against Johannesburg-based Vodacom Group Ltd.’s Mozambican unit and state-owned Mocambique Celular SARL, which operates under the brand Mcel.

Revenue from the country’s mobile phone industry may more than quadruple to USD1.8bn by 2015 as competition and demand from consumers and businesses increase, researcher Frost & Sullivan said in a report in July 2009.

Following its programme review at the end of October with Mozambique, the IMF noted that the country’s economic performance remained strong, notwithstanding a difficult external environment. Economic growth could exceed 7% in 2010 and is projected to accelerate to 8% over the medium term.

A depreciating exchange rate and a rise in inflation remain challenges the country will need to face however, with the IMF’s structural reform programme with Mozambique to continue focusing on public financial management, tax policy and administration, debt management, and a strengthening of the financial sector.

The bourse is working hard to encourage more listings, however, with government privatisations and smaller companies in particular being looked at as a source of opportunities.