A 2011 World Wide Worx research report, which looks at the use of mobile phones for banking purposes in South Africa, has recently been released. How we made it in Africa interviewed Yolande van Wyk, CEO of First National Bank eWallet Solutions, who says that the results of the survey are proof of the rapid growth of this form of banking. 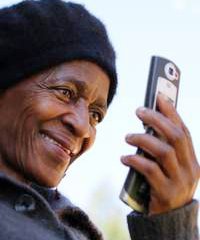 Around 18% of South Africans now use their mobile phones to transfer money.

How have you seen mobile banking grow in South Africa?

18% of South Africans are using mobile phones to transfer money. The 2011 World Wide Worx research, which probed the use of mobile phones for banking purposes, showed that close to 2 out of every 10 South Africans are now using their phones to transfer cash to family and friends. Mobile money is one of the fastest growing sectors in the financial services environment – with many people opting for an electronic wallet instead of a leather one.

Has this translated into growth of your own eWallet product?

The number of eWallet holders has doubled within 6 months, from 250,000 in October 2010 to over 500,000 in April 2011. Figures show that the majority of its senders (79%) are aged under 40. This is not surprising since most of the senders are techno savvy mobile phone banking users. 40% of the senders originate from Gauteng, followed by 14% in KwaZulu-Natal and 12% in the Eastern Cape. We’ve been tracking the eWallet withdrawal footprint across the country and it is interesting to note that we’ve even seen eWallet ATM withdrawals in small towns such as Modjadjiskloof in Limpopo, and Ngcobo in the Eastern Cape. These trends are an indication that some of the previously unbanked markets are also starting to embrace the idea of a remittance economy. Mobile phones as a banking tool are indeed coming of age.

What have you found attracts people to the service?

What is the service primarily used for?

Independent research undertaken by FNB reveals that 68% of eWallet users use the service to send money to people who are financially dependent on them and 64% of these people send money to relatives who reside in a different province. In these cases, money is often required urgently and the instant nature of the eWallet service has clearly contributed to its success.

How will you extend this impact to the unbanked?

More than 13 million adults in South Africa still remain unbanked with the biggest percentage of these adults based in remote or rural towns. These latest trends show how the banked population is beginning to play a significant role in introducing the unbanked to some form of banking, like cash withdrawal from ATMs. We want to use such information to help extend the formal reach of banking to the unbanked population and eventually introduce them to mainstream banking through these channels.