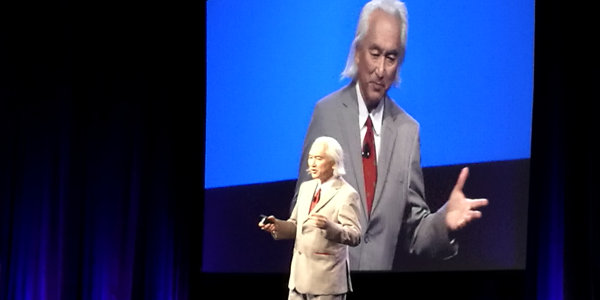 Michio Kaku speaking at the recent Hitachi NEXT conference in Las Vegas.

They say it is important to be surrounded by people smarter than yourself. This certainly wasn’t hard at the Hitachi NEXT conference, recently held in Las Vegas, which focused on how technology is shaping the business world.

One of the event’s speakers was scientist and futurist Michio Kaku who discussed what the world would look like in 20 years from now. Here are some of his predictions that will impact business and investment decisions globally.

So how can you become wealthy in this new economy? By identifying areas of friction (or middle-man inefficiencies) in various industries, and digitising them. “That is the secret behind Amazon, Airbnb [and] Uber. All the riches of Silicon Valley come from digitising the friction of capitalism,” explained Kaku.

Jaco Maritz is publisher and editor-in-chief of How we made it in Africa.