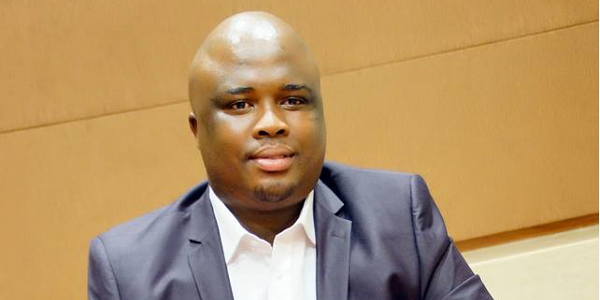 “Reputation is everything in business. Always strive to deliver more than what you have promised,” says Anda Maqanda, founder of AM Group.

South African Anda Maqanda is an electrical engineer who decided to open his own engineering company, despite his father advising against it. Having been born and raised in a small town in the Eastern Cape, he saw how unemployment bred poverty, and says he wanted to start a lasting business that could provide jobs for many.

In 2008 (at the age of 24) he launched AM Group, specialising in engineering solutions for overhead power lines, renewable energy and automation. But when he was unable to land a single contract, he was forced to return to full-time employment.

However, Maqanda did not give up and, after re-strategising, opened the company again in 2010. Today AM Group employs over 150 people and has expanded its operations across the continent, with offices in Port Elizabeth, Nairobi and Addis Ababa.

He has also received a number of accolades and awards. In 2013 he was the national winner of the SAB KickStart entrepreneurship programme and last year was named one of Forbes magazine’s 30 promising young entrepreneurs in Africa.

How we made it in Africa talks to Maqanda about his entrepreneurial experience and advice to others on how to avoid business failure.

When was the turning point for the company?

The turning point was at the beginning of 2014 when we decided to diversify the company into seven divisions within the group. Now each division operates as a separate entity with its own cash flows. This allowed me to focus more on the business’s development and keep on expanding our global reach while we grow as company.

Why open offices in Kenya and Ethiopia?

The economies in these countries are booming, especial in Ethiopia… The need for power infrastructure has offered opportunities for companies such as AM Group, considering that there is a lack of companies with the skills and capacity needed in Ethiopia and Kenya.

Do you think being a young entrepreneur behind a budding firm has changed you in any way?

Yes, it has forced me to be more responsible and focused. I used to take things lightly and played around. But as the company grew, so did the responsibility, and I had to lead by example in and outside the office.

Generally, when does a working day start for you?

Tell us what you learnt from your greatest entrepreneurial failure.

I have learnt that before starting a business you must first be ready with all the necessary documents and a proper business plan, as it is the guiding book for any business and allows one to measure progress and minimises risks. Also [I learnt] to never rely on tenders, and make proposals to all clients including the private sector. Private sector clients don’t normally advertise tenders, and mostly they work on a three-quote system.

Drawing from your experience, what tips can you give other entrepreneurs to reduce the risk of failing within the first two years?

Firstly, entrepreneurs have to learn the power of networking and the value of mentorship, as these are the things that most entrepreneurs take for granted. And also they must know that opportunities will not come to them; they have to go out there and create them by knocking on corporate doors with proposals. Personally, I am where I am because of a business mentor who changed the way I see things.

Secondly, they must be willing to work harder than they have ever done before and be willing to take criticism because that is the only way to learn. They must use their mistakes as learning curves, because from [these] they can build formidable businesses.

Thirdly, reputation is everything in business. Always strive to deliver more than what you have promised. Always go an extra mile to keep your clients happy because that is the only way to succeed. Happy clients mean more business and referrals, which means more growth for you as an entrepreneur.