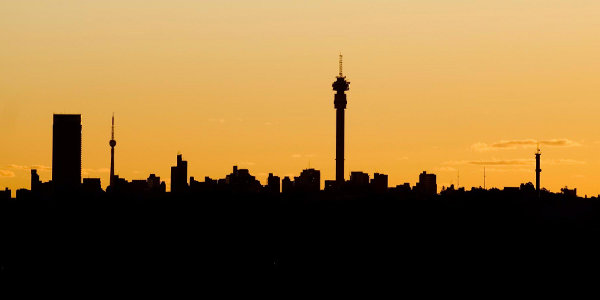 In the two decades since South Africans worked together to transform their political landscape and usher in a new democracy, the country has made remarkable progress. In particular, GDP has nearly doubled in real terms, lifting millions of people out of poverty and into the middle class and greatly expanding access to services.

Yet since 2008, average annual GDP growth has slowed to just 1.8%, while unemployment has stubbornly remained at 25%. Given the country’s vibrant public life and dynamic business sector, South Africa has no shortage of ideas, but a tone of pessimism is growing as many worry that the economy is stuck in a low-growth trap.

Here are the “big five” opportunities we’ve identified – and why:

1. Advanced manufacturing: South Africa can draw on its skilled labour to grow into a globally competitive manufacturing hub focused on high-value-added categories such as automotive, industrial machinery and equipment, and chemicals. To realise this opportunity, South African manufacturers will have to pursue new markets and step up innovation and productivity.

2. Infrastructure productivity: While the country is investing heavily in infrastructure, big gaps remain in electricity, water, and sanitation. A true partnership between the public and private sectors could make infrastructure spending up to 40% more productive by maximising the use of existing assets and increasing maintenance, prioritising projects with greatest impact, and strengthening management practices to streamline delivery.

3. Natural gas: South Africa’s electricity shortage has constrained growth, and, despite new capacity, another shortfall is projected between 2025 and 2030. Natural-gas plants – which are fast to build, entail low capital costs, and have a small carbon footprint – can provide an alternative to diversify the power supply. With the necessary regulatory certainty, we estimate that South Africa could install up to 20 gigawatts of gas-fired base-load power-generation capacity by 2030. Gas can be provided through imports, local shale-gas resources (if proven), or both.

4. Service exports: South Africa has highly developed service industries, yet it currently captures only 2% of the rest of sub-Saharan Africa’s market for service imports, which is worth nearly half a trillion rand ($38bn). With the right investments, service businesses could ramp up exports to the region; and government can help by promoting regional trade deals. In construction, the opportunity ranges from design to construction management to maintenance services. In financial services, promising growth areas include wholesale and retail banking, as well as insurance.

5. Raw and processed agricultural exports: With consumption rising in markets throughout sub-Saharan Africa and Asia, South Africa could triple its agricultural exports by 2030. This could be a key driver of rural growth, benefiting the nearly one in ten South Africans who depend on subsistence or smallholder farming. Capturing this potential will require a bold national agriculture plan to ramp up production, productivity, and agroprocessing.

Successfully delivering on these priorities will move South Africa closer to realising its long-held vision of a “rainbow nation” characterised by shared prosperity for all. But first, the country will need to embrace some fundamental changes to become more globally competitive; not least, it will have to address a serious skills shortage through a dramatic expansion of vocational training. Tackling such foundational issues will require business and government to come together in a new partnership characterised by shared vision, collaboration, and trust.

Richard Dobbs is a director of the McKinsey Global Institute, where Susan Lund is a partner; David Fine is a director in McKinsey’s Johannesburg office, where Paul Jacobson is a consultant, Acha Leke is a director, and Nomfanelo Magwentshu and Christine Wu are principals.