Formal retail is gradually gaining ground in many African countries as modern shopping malls and chains expand across the region. The changing face of retail on the continent is having a major impact on consumption and attracting international brands. 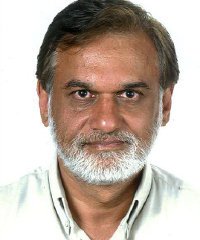 It is also impacting the manufacturing sector, especially in the fast-moving consumer goods (FMCG) segment, where competition has intensified. Manufacturers not only have to compete among one another, but also against retail chains stocking their own in-house or private label brands.

The supermarket private label trend is common in Europe. In Kenya, leading retailers such as Nakumatt and Tuskys are also catching on by selling their own branded sugar, rice, toilet tissue and other products.

For decades Kenyan-based manufacturer African Cotton Industries sold its products through a network of wholesalers across the country who then redistributed to smaller shops. Today, managing director Salim Anjarwalla says 70% to 80% of its products are sold to supermarket chains.

He notes that Kenya’s evolving retail industry is good for consumers. Manufacturers on the other hand have to constantly up their game.

“If you are a lazy manufacturer it’s bad for you,” says Anjarwalla. “You have to work harder and be more efficient. You have to be constantly innovative, constantly improving your products and constantly reducing the cost and improving the quality.”

He adds that manufacturers have been hit by the entry of in-house brands that “sometimes feels like unfair competition”.

“From a consumer’s perspective it is beneficial because [they] are getting better and better qualities for cheaper and cheaper prices. From a manufacturer’s perspective you are kind of losing control, unless you have an extremely strong brand [because] we are now competing to get the order for Nakumatt’s own label,” says Anjarwalla. “If you are all fighting for that piece of cake your efficiencies have to improve. You have to be innovative all the time.”

The business started 50 years ago when Anjarwalla’s father, who was already involved in manufacturing, took over a company that had gone into receivership. The company specialised in the manufacturing of cotton wool for use in hospitals.

When the Kenyan government removed restrictions on importation, foreign products flooded the market forcing the Anjarwallas to change tact.

“Some people would bring in a container with all variety of products and it became more difficult for us to necessarily compete in that segment. So we shifted our focus to the general market as opposed to the hospital market and that is how the other products came in,” he says. “[For instance] one of our competitors was taken over by a toilet tissue manufacturer who had a monopoly here. So that opened our eyes and we expanded into toilet paper manufacturing.”

Products of African Cotton Industries sell across East Africa through its distributors and retail chains that have expanded there, but Anjarwalla says poor infrastructure has limited the firm’s own regional ambitions.

“It is fairly expensive to transport the products [like toilet tissue] because it is quiet voluminous and the actual value is not very high, so the transport factor puts quite a big chunk on the product cost,” says Anjarwalla.

Anjarwalla says African Cotton Industries’ success over the last five decades can be attributed to the firm’s ability “to change with the times”.

Moving forward, Anjarwalla plans to let “young blood” steer the company. He notes that while older CEOs generally like to hold on to the reins, such tactics in today’s changing world can limit the growth of a company.

“If you are an old CEO like me, think about handing over. Don’t hold on to the reins. Bring in new blood [and] new ways of thinking,” he says. “I think that is very important for business to move on, particularly family-run businesses. You need to look at things very professionally and start planning for handover. Don’t be scared, even if they make mistakes [because] sometimes learning through mistakes is much more beneficial.”