With the relatively peaceful conclusion of the referendum vote on the future of southern Sudan, many business people have started looking at opportunities in region. How we made it in Africa interviewed David Raad, founder of consultancy David Raad and Associates, about how to do business in southern Sudan. 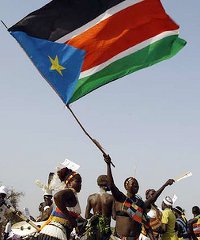 While the people of southern Sudan are anticipating their own independent state, many business people are eyeing opportunities in the region.

What are the most common misconceptions about southern Sudan held by foreign business people?

Probably the biggest misconceptions about southern Sudan are related to the leaders’ attitudes toward business and the laws and systems in place to protect business. I hear the same questions from almost every client I advise: Will the government expropriate my property, business or investment? Do I need to have some government figure in my business? The answer to both of these questions is no.

Regarding involving some government or political figure in a business venture for better protection and access, this is a very dangerous and ill-advised path. Frankly, it’s not necessary and I have yet to see one example that has worked to anyone’s satisfaction.

The civil laws of southern Sudan have existed in one shape or form since the 1950s and are based on English Common Law. Though the laws themselves need updating (the process has been underway for several years), the concept and practice of lawful exchanges between individuals and businesses is clearly understood. Contracts can be enforced, differences can be adjudicated, and rights can be protected. In short, the courts can be slow, but they work.

An article published in The Economist last year alleged that the south Sudanese are among Africa’s least reliable workers. How accurate is this?

One of the businesses my wife and I started and ran in southern Sudan was an employment agency. We launched it as a side project because my clients just had trouble finding the right folks for jobs in most industries. We believed we could make a difference and we did.

We vetted and interviewed any educated individual, regardless if we had a client that needed their skills. We built a database of smart, qualified and ambitious Sudanese ready to work. I think we found jobs for more than 500 or 600 folks in the Juba area alone. Unfortunately, the business had to end for two reasons: an NGO client of ours lured away the key management we had spent months training, and my wife gave birth our son and couldn’t devote the necessary time to train a replacement.

But to the point of your question. Imagine a working environment that for nearly 50 years has had no innovation, no steady employers, no training and no tangible experiences that the working population can use as a standard to gauge performance. It’s been a subsistence life for almost everyone for nearly their entire adult lives; either living in refugee camps or living under the shadow of an occupying (Northern) government intent on establishing a client state. It has not been an environment that fosters a competitive work ethic and I think The Economist missed that point.

That said, there are good, hard-working, talented and successful workers in this market, but businesses will be competing with “non-productive” entities (NGOs, the UN, etc) for them. This will prove expensive because the NGOs and the UN are prepared to pay a premium because it’s not their money.

How secure is an investment in southern Sudan?

While there are not laws in place yet to cover every industry or business activity, there is a widely held concept of fairness. If a business is conducting their activities in an ethical manner, they are going to be “protected.” If a business attempts to circumvent the law or engages in unethical behaviour, it is probably going to fail, not because of government intervention, but because it will run out of folks that want to be associated or trade with it.

What are the major risks of doing business in southern Sudan?

It is an inhospitable area. Malaria and other debilitating diseases are widespread and deadly. Medical services are limited. Culturally the southern Sudanese people are warm, welcoming and very law abiding, so foreigners’ physical safety isn’t really a problem. Robbery is very uncommon although there were a few limited instances of robbery of foreigners several years ago.

Is it necessary for foreign companies to partner with a local firm when doing business in southern Sudan?

It is not necessary for a foreign company to partner with a Sudanese entity to do business in southern Sudan. The law states that a company must have a southern Sudanese shareholder and this need can be satisfied through a nominee shareholder’s agreement with any competent Sudanese lawyer.

Only after reviewing the business and industry of a foreign investment would I consider advising whether or not to partner with a local. For some efforts, this can be a sensible path. For larger projects I have counselled getting into some limited partnerships with the communities in which they reside. It can be somewhat of a chore for some managers to keep up with, but the time investment has always paid dividends for my clients.