Africa has many entrepreneurs looking for investment from angel investors, venture capitalists and private equity firms in order to take their companies to the next level. But how can you and your company stand out amongst others to attract the right investor’s attention? 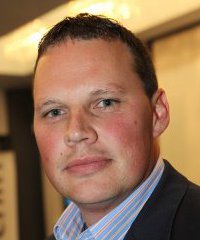 In a panel discussion last week in Cape Town, experts outlined how networking and having international reach can make businesses more attractive to investors.

According to Brett Commaille, a venture capitalist and the CEO of South African-based Angelhub, entrepreneurs should focus on networking, rather than cold calling potential investors or sending emails out of the blue.

“You need to actually take the time to build up your network, whether it’s travelling to that new area, looking for an opportunity to get face-to-face, getting people to know you, because that immediately starts to mitigate the risk [from the investor’s point of view]. I think that makes a hell of a difference,” explained Commaille.

If you want investment immediately, you should know that investors normally take their time to invest in the right company. Chris Derksen, head of Africa and global frontier markets strategies at Investec Asset Management, recently closed a deal in Angola, a country known for its difficult business environment, and gave an example of how long the initial deal process can take. “Sourcing the deal took us a year and a half. We had a guy living in Luanda, for over a year, to speak to the right people, get to know the right people and eventually we sourced exactly the right deal,” said Derksen.

Investors want to see growth and expansion in the business they invest in so that when they eventually exit the deal, they will make great returns.

“I think one of the things is if you can show global reach outside of your own borders, especially something that is applicable to other emerging markets,” said Commaille.

According to Commaille, if you can show international reach, and are already making a bit of money in particular regions or territories beyond your borders, your business will be more attractive to investors. “You are not only proving your business case but you are proving that it can expand, because that is a lot of the scepticism you get from investors.”