Grape production in Africa remains relatively high and grape farmers often have wineries on their respective farms. This has resulted in the local wines dominating the wines market in South Africa. 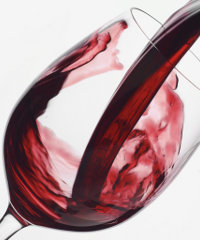 While the local players dominate the scene, it has become relatively difficult for the producers to justify higher unit prices on wines they may consider to be luxury since there are many players in the industry and consumers have wider price options.

In the five year period leading up to 2013, fine wines/champagne and spirits have seen value growth of 12%, to reach R1bn (US$86,3m), according to a new report by Euromonitor International. Fine wines posted the highest value growth during the review period because consumers’ desire to uphold reputable statuses in their respective communities often pushes them to consume luxury brands in public places, such as bars, restaurants, as well as night clubs. The hosting of exclusive social events to enhance brand image has been on the rise in South Africa with the J&B Met horse race being one example where the J&B brand would be exclusively sold with an aim to create long-lasting brand awareness.

Local and international celebrities are also helping in boosting volume sales for premium alcoholic drinks across the country. One notable example would be the consumption of spirits such as Cîroc, which are associated with many hip hop music videos where famous artists are shown actively consuming the product, and people often end up sacrificing other things to consume the brand, regardless of the higher unit price. Consumption of premium spirits is often prevalent in night clubs as well as social events that attract local celebrities, and distributors often make use of such events to promote their brands.

South Africa has also seen a growth in luxury bars which target high-income consumers. Such outlets often lure rich consumers through charging high entry fees which often portray the status of the people required to enter. One notable example would be the Zar Empire owned by the controversial South African businessman, Kenny Kunene. The night club earned a reputation for attracting high-end consumers seeking to showcase their social status.

Value sales of premium wines and spirits are increasingly gaining momentum with the growth in the consumer middle class since the country held its first democratic elections in 1994. Successful individuals emerging from the previously disadvantaged communities are increasingly finding comfort in consuming premium items to upheave their social statuses in their respective communities.

However, the market remains highly fragmented in South Africa due to the presence of multiple small players that often focus on particular consumer groups, hence popularity varies and changes as the local brands release new varieties regularly as they battle it out for the market. And it is hard to say which brands have clearly outdone the rest. Moët & Chandon seems to be the most coveted brand within fine champagne, where these are imported to a greater extent than other wines. Among spirits, Johnnie Walker, Glenfiddich, Hennessey, Remy Martin and Bacardi have outclassed the rest, becoming the most desirable brands to drink.

Consumers have a variety of price options

While the local players dominate the scene, it has become relatively difficult for the producers to justify higher unit prices on wines they may consider to be luxury since there are many players in the industry and consumers have wider price options. Prices of wines are low because they are produced locally. The key selling point for luxury wines in South Africa has been the year in which the wine was produced, the longer the time since production the more consumers are willing to pay a premium for the wine.

Fine wines/champagne and spirits value grew 12% in 2013 to exceed the R1bn mark. Higher growth was driven by fine wines which posted the highest growth of 12% when contrasted with luxury spirits which posted 10% value growth. Luxury spirits often carry higher unit price when compared with fine wines, hence demand for fine wines is much higher. The fact that most spirits are consumed with a mixer means that they often last much longer compared to wines which often have less alcohol content.

Fine wine is expected to continue growing over the forecast period in line with consistent farming of grapes across the country. Value growth is, however, expected to be limited to unavoidable costs for companies since price remains the key driver in volume sales in the wine industry in South Africa, where consumers always have a substitute brand to fall back on in case they decide to trade down. While this would be the case in sales of wine, spirits volume sales are likely to be driven by increased promotional activity and hosting of exclusive social events to uplift brand image and create awareness.

The biggest threat to the growth of the wine market is a negative change in the economy over the forecast period. This will affect consumer spending and may result in reduced demand and ultimately subdued market growth. In addition to the prevailing economic climate, spirits can be negatively affected by adverse movements in exchange rates which may render any imported brands too expensive and unsustainable.