South African alcoholic beverages company Distell is setting up local manufacturing facilities in key African markets in an effort to keep its prices down in a more competitive landscape. 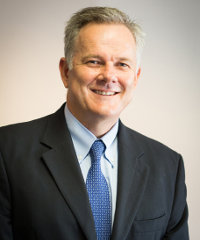 A few months ago Distell unveiled a new bottling plant in Ghana, and it has also acquired land for factories in both Angola and Nigeria.

Distell produces a variety wines, spirits and ciders. Its most well-known brands include Amarula cream liqueur and Savannah cider.

Historically Distell exported its products to the rest of the continent from South Africa, but managing director Richard Rushton this week told How we made it in Africa that high transport costs and import duties are making its products less competitive in these countries. An example is Angola where a recent “hefty” rise in customs and import duties has pushed up prices of Distell’s products.

“An import model – paying excise and transport costs – can never be as effective or efficient from a pricing standpoint than a locally-owned production and route-to-market business,” explains Rushton, adding that especially the company’s cider and spirit brands would benefit from local production.

Distell recently announced it is acquiring a 26% stake in Kenya’s KWA Holding East Africa Limited (KHEAL), a leading spirits manufacturer, bottler and distributor. KHEAL also has a presence in Uganda and Rwanda.

According to Rushton competition in the industry is heating up. “Over the last decade we have unquestionably seen much more focus and attention given to Africa by all of our larger global competitors, and even by Indian players in the spirits industry and Portuguese wine companies.

“I think you are seeing competitive intensity rise across the continent.”