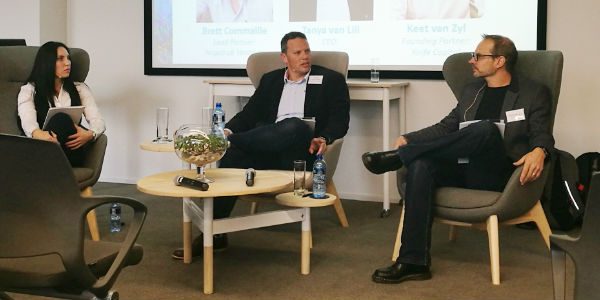 During a panel discussion at a recent event in Cape Town, two of the country’s most well-known early-stage investors, Brett Commaille (lead partner at AngelHub Ventures) and Keet van Zyl (co-founder of Knife Capital), shed some light on the realities of running a VC firm in South Africa. Here are the main takeaways.

Both Commaille and Van Zyl referred to the relatively small size of the South African market, highlighting the need for start-ups to expand beyond the country’s borders to achieve sufficient scale.

For instance, Commaille pointed to South Africa’s online retail industry, which, despite much hype, remains in its infancy. Online shopping turnover in 2016 was estimated at R9bn (US$667m), or about 1% of total retail sales. “There is a lot of excitement about e-commerce. But when you dig below the surface, in South Africa e-commerce is tiny, tiny, tiny,” he said.

One of the biggest challenges facing the VC industry is a lack of capital for follow-on investments. While worthy entrepreneurs generally don’t have problems raising initial investment of up to R10m ($740,000), there is much less capital available for businesses seeking in the region of R30m to R50m ($2.2m to $3.7m) to drive international expansion. South Africa’s VC industry has relatively low participation from institutional investors, such as pension funds.

“We could do a lot more if we had larger pots to play with,” commented Commaille.

To overcome this hurdle, Knife Capital recently open a London office. “It is easier to raise institutional [and] family-office money outside of South Africa, than inside,” said Van Zyl

Another challenge for Knife Capital is entrepreneurs placing too high valuations on their start-ups. While confidence is generally a good thing in business, some have unrealistic financial projections.

“A lot of these South African start-ups have a bit of Silicon Valley fever – they read too much TechCrunch,” said Van Zyl.

4. Entrepreneurs need to have demonstrated they have what it takes

Commaille noted he is not likely invest unless an entrepreneur has shown the ability to sell the start-up’s product or service. “One of the toughest things is getting your product into the hands of a client who is going to give you money for it. And we need to see that the entrepreneur actually can do that first deal.

“If you look at what it takes to grow a business over seven to 10 years, there are so many headwinds, there are so many things they are going to have to accomplish that are almost supernatural in terms of achieving… I mean, landing in foreign countries and going knocking on potential clients’ doors – you have got to have somebody who is just incredibly tough,” he added.

Van Zyl, on the other hand, is willing to trade a lack of sales skills for a top-class product. “I’d rather invest in a technology company that is very good at what they do, and bad at selling and telling their story, versus somebody who is good at telling a story and the technology being a little bit flaky.”