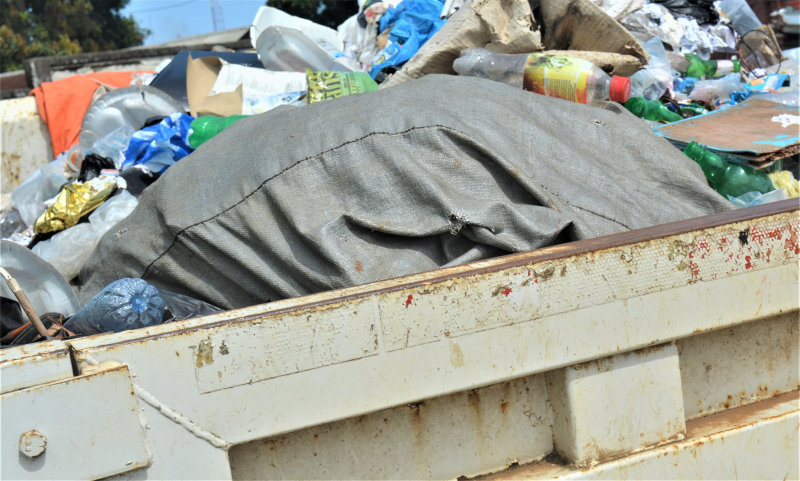 Waste collection and management is a big problem for many African cities. Littering, open dumping, almost non-existent waste separation and minimal recycling are some of the challenges city authorities on the continent are grappling with.

One company in Liberia is creating a cleaner environment and making products from trash that it sells for profit.

James Mulbah is the CEO of Green Cities, in Monrovia, the Liberian capital. The company was registered in 2014 and focuses on waste management by collecting and recycling organic, plastic and electronic waste.

Mulbah previously ran an organisation that rehabilitated youths affected by the war. He got them involved with cleaning the environment and making compost they could sell. In this way, the youths earned money and stayed busy. Post-war, there was no waste recycling company in Monrovia and garbage collected in mounds and blocked roads. A large proportion of this waste was plastic as Liberians buy drinking water in plastic sachets. Mulbah knew he needed to focus on more than compostable waste and that he was going to have to run the enterprise as a for-profit business to make it sustainable.

Green Cities collects trash for a fee, makes products from recyclable materials and sells e-waste abroad. The company also obtains contracts from residential estates, restaurants and hotels to manage their trash. It sources other recyclables from scavengers and youth organisations that collect garbage in city neighbourhoods; young people are encouraged to form clubs to collect waste to sell to Green Cities. 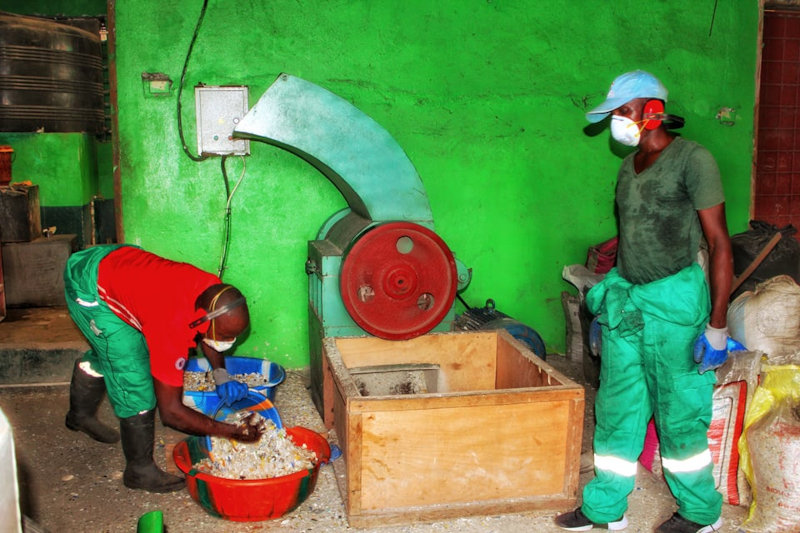 Any waste the company doesn’t make use of – such as aluminium cans – is passed on to other recyclers. Only paper waste ends up at landfills as there is currently no organisation in Liberia for paper recycling.

Mulbah explains that up to 45% of the garbage collected is organic; this is shredded and left for two to three months to decompose and then turned into fertiliser sold to farmers. Organic waste includes food scraps, cardboard, paper towels, wood, leaves and branches.

Plastics are washed, crushed and dried, and made into pellets or end products. Green Cities manufactures geometric sets, rubber latex collection cups for farmers and petroleum products like diesel, gasoline and kerosene from recycled plastics. “Our petroleum products have been classified as grade one and can compete with the best internationally,” reveals Mulbah.

Any electronic waste is taken to the company’s testing site, where items in good condition are refurbished and sold locally and the rest dismantled and exported for income. “We are the only company that recycles e-waste in Liberia. Our partners in Holland and Dubai buy the e-waste from us for end-of-life recycling,” Mulbah says. 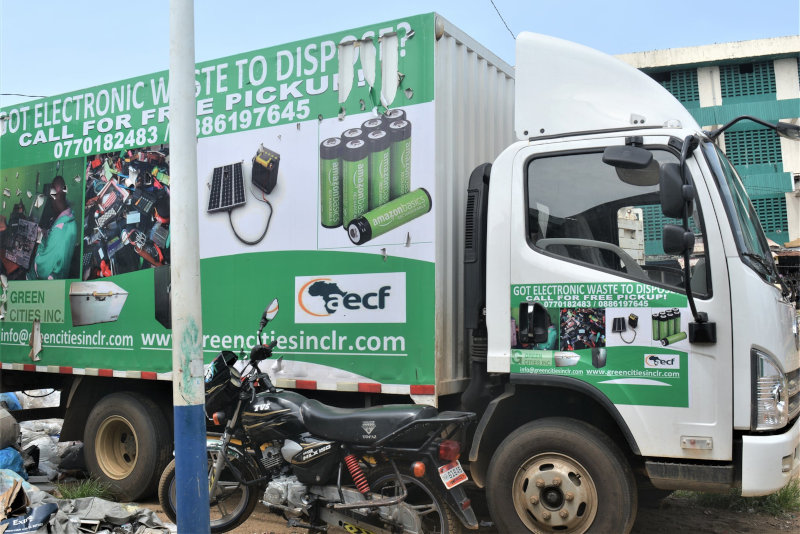 Green Cities has reinvested most of the profits it has made. However, funds have also come from grants and competition prizes. In 2020, it received an investment through the Africa Enterprise Challenge Fund to focus on off-grid energy waste and other electronic trash in Liberia.

A training course in Switzerland inspired Mulbah to establish the pyrolysis system that creates petroleum products from plastic waste. A Young African Leaders Initiative (YALI) grant of $25,000 funded the dream to reality.

A presentation at the Tony Elumelu Foundation Entrepreneurship Programme won the company $10,000, which it has used to purchase land for composting facilities. The business is currently also constructing an electronics refurbishing and recycling facility on an additional one acre of land.

Setting up in Monrovia has given the company the right experience, structures and time to grow capacity. The aim is to replicate its model in five other towns in Liberia in the next two years. Mulbah also wants to see Green Cities expand into Sierra Leone and Guinea where there are vast opportunities for waste management. “People think this is a job for the informal sector, but we have shown waste management is a formal business,” he says.

“Most waste management companies are not focused on innovation. We conduct a lot of research and try to come up with creative solutions to create a zero-waste environment. We are always generating and testing ideas,” Mulbah adds.