Kenya’s pet food market is set for growth as the country’s elite catch up with global trends of increased pet ownership, demand for healthy and high quality pet products and the humanisation of pets. 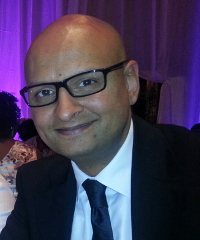 Statistics from the US Department of Agriculture Foreign Agricultural Service show that Kenya’s small pet food market has grown 27% from 2006-2010. The US report indicates that Kenya’s pet food imports totalled about US$960,000 in 2010.

“People are now busier and wealthier. They have children whom they cannot spend time with [compared] to previous generations. So there are a lot of instances where a parent would be arm twisted into buying a puppy for their child. You have situations where people would rather have dogs for security, especially if they have a big compound. You also have the growing class of people who buy dogs for status [and] this is a growing trend in Kenya.”

Gilani Gourmet was established in 2004 initially as a wholesaler of processed meat for human consumption but shifted focus to pet food after six months. Today the company produces a wide array of products including biltong, cooked beef, chicken mince and bones for dogs and cats.

Gilani tells How we made it in Africa the company’s growth has been “encouraging”, with more people willing to buy “very expensive things for their pets”.

The company’s cheapest product is machine-cut bones for dogs which retail at KSh. 90 ($1) per kilogram while the priciest is its pet biltong at KSh. 950 ($11) for a 250g package.

Pet customers are very keen on quality and are loyal to the brands they trust, says Gilani. He notes that most of his clients are locals.

Gilani Gourmet is trying to appeal to expatriates, who tend to go for imported brands with which they are more familiar, by positioning its products as convenient, easy to store, wholesome with no preservatives and of high quality.

Gilani and his wife have four cats and one dog. He notes that with growing access to the wealth of information on the internet, pet owners are now more aware of the risks of feeding food meant for humans which tend to have too much fat and salt, and some which are downright toxic for dogs, for instance, garlic, avocadoes and onions.

Some of the major challenges he has faced running the business include high taxation and inhibitive requirements such as the need for multiple licences and permits.

“Red tape in doing business in Kenya is a serious concern,” he laments. “In the last one year the single business permit cost has gone up threefold. What services are we getting? Our products were not VAT-able in the past, now they are. You can safely say that everything went up 16% pretty much. Can our customers afford this jump in prices? We immediately saw a drop in sales. You start to ask yourself what are they feeding their dogs?”

He notes that fears of terrorism have affected sales in major retail outlets and some expats are opting to leave the country.

High electricity costs are also a key challenge. “Not only are the charges the highest in the world, we have outages which damage equipment and disrupt production. You can no longer use the excuse that there was no power. You just have to get a generator.”

Growing up Gilani got involved in his family’s businesses at an early age. By the time he was six Gilani would help out at the family’s supermarket in Nakuru after school and over weekends. When his family relocated to Nairobi where Gilani’s father operated a chain of butcheries, Gilani would help prepare burgers, put weight and price stickers on packaging and work at the till.

“It is part of my family’s culture to be involved in business so I would say there might be something in the blood that pushed me towards entrepreneurship.”

When he returned to Kenya after studying at Rhodes University in South Africa, Gilani opted to continue the family’s legacy in the meat business.

“When I came back to Kenya I was grappling with the thoughts of finding employment somewhere and I dabbled in that for a while but it wasn’t my cup of tea. We should really look within ourselves for what our actual talents and passions are. You have to strike a balance between what is fun to do and what would be practical to make ends meet.”