Kenya’s tourism industry is expected to lose more than US$56m in coming months as tourists leave the country and cancel bookings following recent terror attacks that prompted travel warnings from some western countries. 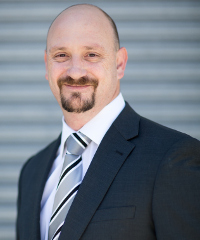 Last week Britain, the US, Australia and France issued travel warnings against Kenya as international tour operators Thomson and First Choice cancelled all flights to the coastal city of Mombasa until October. Hundreds of British tourists have since been evacuated over fears of fresh attacks.

Hoteliers have expressed concerns that insecurity and travel warnings could paralyse the multibillion shilling industry which directly employs more than 600,000 people in Kenya.

However, some stakeholders are hopeful that the damage will be short lived.

“Tourism can be quite resilient. It can bounce back fairly quickly. I think Kenya has a mature tourism structure and good support from government that it can actually turn around the industry quickly,” says Wayne Troughton, CEO of hospitality and property firm HTI Consulting.

“Terrorism poses less of a long-term impact, all the studies have shown, than political unrest,” he says.

According to Troughton, recent activities are not likely to put off investors who are already interested in Kenya’s hotel industry.

However, decisions on construction of new hotels or buy-outs are likely to be delayed.

“I don’t think decisions will be withdrawn. I think it will be a timing issue. It might wait six months or nine months which just means the project will be delayed. It is a concern from an investor’s perspective if [terror fears and attacks are] sustained over a period of time and there is no clear way of identifying when it is going to be resolved. Then it can cause more mid-term and longer-term damage. But at the moment I do think it is more of a short-term [problem].”

Troughton explains that investors interested in doing business in Africa are well aware of the risks of operating in the continent.

“I think investors in Africa are very resilient,” he says. “I think people who have worked in Africa understand that this is part of Africa to a certain degree and that the market is fairly resilient.

“If you look at the potential of Africa there are a lot of countries that are still in the very early stages of development, very much under-supply by hotels, need for good quality hotels and there are good returns to be made. The promise and the potential is there.”

HTI Consulting has been conducting feasibility studies and providing financial and development consulting to the hospitality industry in 35 countries in Africa and the Middle East for more than 10 years.

In the last 12 months Troughton says there has been “a significant increase in potential” in the hotel industry in East Africa, driven by high growth sectors.

“We are seeing east becoming the new west. It used to be dominated by leisure tourism and now it has the components of very strong future growth in business tourism that it didn’t have before. We have seen this coming through significantly with the discoveries of oil and gas in Kenya, Tanzania, Mozambique and Uganda. Demand has increased significantly preparing for these new booms.”

Troughton notes that there are more international and regional hotel brands entering the African market and more investors looking at opportunities beyond the five-star hotel market.

“We are moving more toward budget hotels and three to four star categories which is an underserviced area. As countries develop and the populations increase their wealth we see a bigger middle income population that starts to use these type of hotels.”

Troughton urges investors to conduct feasibility studies and get a good understanding of a market before committing millions of dollars to a project, and to work with professional teams.

“The biggest pitfall that we see is delays in development, high cost of construction [and] over-runs. In some markets we have seen hotels take five, seven even eight years to build. It is important to invest in a sound professional team. It might cost a little bit upfront [but] it will save you a lot more money in the long-run.”

Troughton also advises investors to mitigate risks such as political unrest and terror attacks through insurance.

“That does help suppress a lot of those risks.”