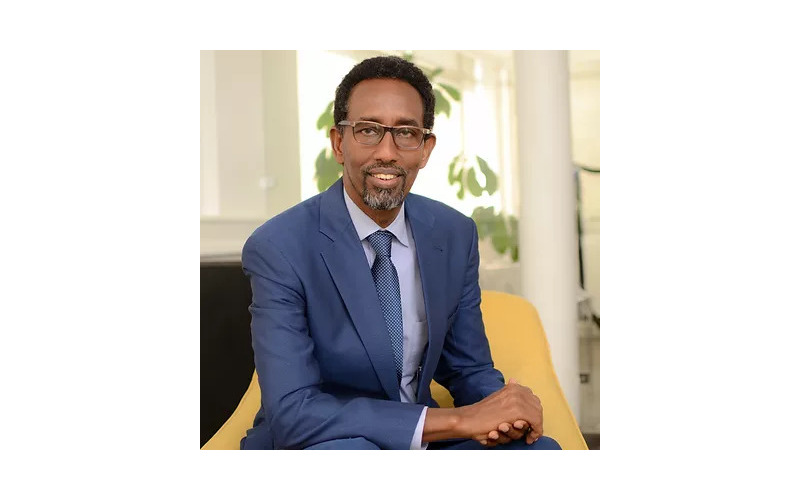 Early in his career, Kenyan serial entrepreneur Hassan Bashir co-founded Zawaam Insurance Brokers and ICT company Soliton Telmec. Then he built the Islamic insurance firm Takaful Insurance of Africa (learn more about this venture in HOW WE MADE IT IN AFRICA: THE BOOK) before leaving in 2016 to focus on his doctoral degree. Last year, Bashir co-founded the influencer marketing platform Wowzi with Mike Otieno and Brian Mogeni. He also started developing the business plan for Nourishing Nomads, a company which will establish an entire value chain around camel milk in Kenya’s Wajir County, where Bashir grew up.

Jeanette Clark talked to him about these two new ventures.

Tell us about Nourishing Nomads and how you developed the idea for this camel milk business.

It is a rural industrialisation idea and business plan that I have been working on and is located in northern Kenya in Wajir County, bordering Ethiopia and Somalia. Nourishing Nomads will process and commercialise camel milk. Many of the young people who are schooled in counties such as Wajir, which have been left behind by formal development in the last 55 years, look for a life in the big cities or elsewhere in the world. Unfortunately, these underdeveloped and underserved counties end up being net losers – they educate these young people only to lose the human capital. I looked at that and realised that creating a production system that uses raw materials from the area itself will be the most feasible way to encourage the youth to stay and provide opportunities. Camel milk is such a raw material.

Our particular project is still in infancy. We have all the approvals in place and the civil engineer and his team have moved to the site. Construction will start in September and, hopefully, within six months we will have a processing plant with a capacity of 30,000 litres per day. We will use raw milk procured from pastoral herders, but we are also in the process of establishing a modern camel farm. This way we can avoid any interruptions in milk production during the dry season. We are hoping to influence upstream milk production through education and support to the pastoralist herders, to strengthen our supply chain.

Will you always procure raw milk from the pastoralist herders or will you eventually produce it yourself at the farm?

A large portion of the milk will be procured from pastoralist herding families. Even though we have the farm with our own herd of about 100 camels – a lot of them expecting and who will be productive soon – it does not mean that we will reach a point where we ever only rely on our own milk. The whole idea is to commercialise pastoralist milk and to turn that into commercial value for them, proving to herding families that they are actually sitting on gold. They could then produce milk, sell it to the processing plant and get a sustained income to improve their livelihoods. 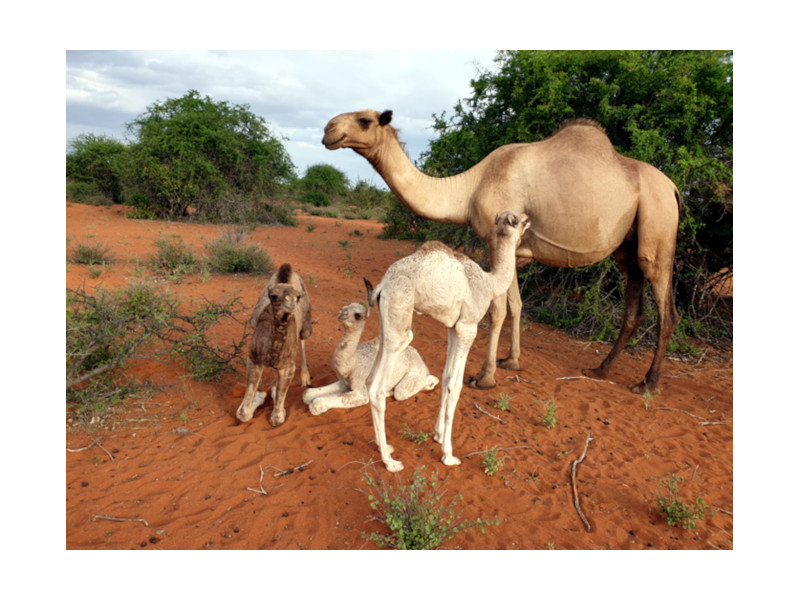 Who is your target market for the camel milk?

We will first need to create standards in terms of the processing quality in order to take the product to the international market. So, initially, our market will definitely be Kenya. Our research shows that Wajir is able to produce 1.5 million litres of raw camel milk per day. This is only if all the herding families regard milk as something with commercial value. At the moment, herding families just milk what they need for drinking, perhaps a little bit extra. Therefore public education and farmer education is critical. If, one day, we have more supply than the local demand, specifically from Nairobi and Mombasa, then we will move to export.

The urbanised public in the big cities is starting to realise the value of camel milk. It is beneficial for lactose-intolerant consumers and has less cholesterol.

Africa has 86% of the world’s camel population. That is an amazing number, but no one seems to be aware of the value this holds. It is very important to bring that value to the market.

Would Nourishing Nomads get directly involved in the education of farmers and consumers around the product?

Yes, we will be involved directly. That is one of the company’s value adds in our vision to develop a nomadic dairy value chain in the Horn of Africa. There are a lot of health hazards in how the milk is currently handled, both at the farms and at the market. Our intention is to change that.

We will have an ultra-modern camel milk processing plant in Wajir. We will get milk from the producer families in an organised way, without any additives, and pay the families at their point of production. From there it will be transported via motorbike to chillers that are stationed in villages and then, via our logistics division, we will bring it to the Nourishing Nomads plant. Here we will add value by processing it into a diversified range of products. Then it goes back to the retail trader in what is mostly a women economy.

The plant’s capacity will be 30,000 litres a day, but in the beginning we will process around 3,000 litres per day. We want to grow this to 30,000 within five years. Wajir currently consumes only 15,000 litres of raw milk per day, but through education and support of the upstream supply chain we want to increase that over time to the levels we require.

You are also one of the co-founders of the social media influencer marketing platform Wowzi. Tell us about this.

I was nearing the completion of my doctoral studies and started to think about what I was going to do when I finish. My co-founders and I were playing with different ideas, particularly looking at the businesses of the future: the ideas that would be the in-thing five years down the line. The digital economy became the focus. We brainstormed 10 ideas, narrowed it down to three and then selected one. Brian and Mike, my co-founders and good friends, were employed at other start-ups at the time, but I talked them out of employment and into this venture. We then focused on developing Wowzi.

A lot of marketing budgets in Africa are still channelled towards billboards, radio, TV and print newspapers. Yet the population in Africa is fairly digital. These traditional methods of advertising also have a cost to the environment and thus we were looking for a way to advertise cheaper, faster and more cost effectively. Our studies showed that the social media market was gaining traction in Africa. With 60% of Africa’s population under the age of 19 years, we realised that we can formalise an industry by creating an organised influencer marketing system and platform.

We fleshed out the idea in early 2019. By April or May we started developing and the minimum viable product was ready in December 2019. At the beginning of this year, we were doing beta testing and in March we were ready to go live. Due to Covid-19 the launch has been pushed out and the team might decide to do a digital launch eventually. Even though it has not officially been launched, it has already created a buzz in the market and a serious pipeline in Kenya.

Explain how it works.

The system lies in between the brand and the influencer. The influencer accesses the system through the mobile app, while the brand accesses it through a web portal. Any brand can go into the system and register an account. Then you simply create a campaign, all without having to speak to us at all. Once the campaign has been created, it matches your advertising needs with the correct influencers on the system.

In Kenya we already have 10,000 influencers that are vetted. These influencers have been ring-fenced and categorised by age, gender, geography and by interest and product domain knowledge.

In the long run, this platform will sit between brands and the millions of social media influencers across the continent.

How do influencers get paid?

The AI and algorithm look at whether you have delivered on the mandate and goals of the campaign. If you deliver on the targets, your payment is automatic through digital systems such as M-Pesa or Flutterwave.

How many social media followers must a person have to participate?

One of the powers of this system is that it creates employment for the youth of Africa. Thus, nano influencers (someone with as few as 250 followers on his or her social media account) are very important to us. Wowzi also works with other categories of influencers such as micro, macro, and mega influencers. This is a system that redistributes corporate budget back to the community by activating thousands of influencers.

Consumers trust local influencers, the person who is known in the neighbourhood, much more than celebrities. For example, a mother who says that she has tried a specific milk and that it works for her family, is more valuable than someone who has five million followers around the world but has no specific authority over milk and how children are raised.

Some of our current clients include Nation Media Group, Nuella TV, Sky Garden, Britam, Africa 24 Media, KEPSA, Ajira, Burn Manufacturing, PendaHealth, Umoja Shoes, MyDawa, TibuHealth, GoK, Umma Insurance and Elimu TV. Some of the big advertising agencies are also using Wowzi so that they can achieve what they need to for their clients.