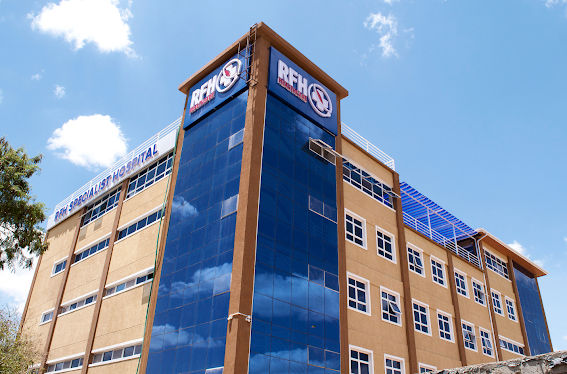 The RFH Specialist Hospital offers a variety of advanced services.

Dr Maxwel Okoth (35) started what was to become the RFH Healthcare group in a one-room apartment in 2011. Over the next decade he grew the business to include eight hospitals and medical centres.

The origins of RFH Healthcare

Okoth is a graduate of the medical school at the University of Nairobi. In 2010, he started his internship at a public hospital in central Kenya. While it would have been easier for Okoth to join a large hospital or existing practice, he decided to become an entrepreneur. During his internship, he identified a gap in the existing value proposition. In Kenya, the established private medical institutions mostly serve the upper end of the market. There was a huge gap for a brand that was inexpensive yet provided service of acceptable quality.

RFH Healthcare began in a one-bedroom apartment in Ruai, a suburb in the eastern part of Kenya’s capital, Nairobi. To attract patients, a plywood board advertised Okoth’s services, indicating the facility was open 24 hours, an important offering. The reception and waiting area were clean and tidy and news soon spread. Patients started requesting consultations. “They soon got attached to me, rather than the institution. When I was not there, they would come back when I was available,” he explains.

Okoth’s mother lent him $3,000 as seed capital to start the business. When he was involved in a motor vehicle accident in 2012, the insurance paid out about $6,000. This covered much-needed X-ray and ultrasound equipment as well as theatre anaesthetic devices. It enabled him to do basic surgeries and provide services such as X-rays.

Okoth finally realised that as much as people needed medical attention, many were not visiting the practice as the facility was just too small. He started to look for something bigger. 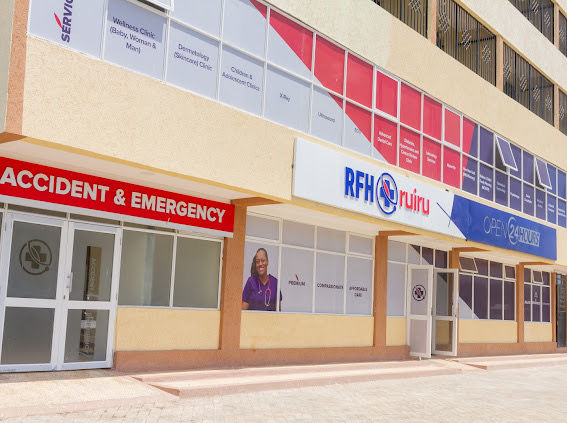 Okoth contacted the landlord of an unfinished building in Ruai, who was so receptive to the idea of having a hospital in the area that he finished the construction, installed windows and tiles, and painted the building; something that is usually the responsibility of the tenant of a commercial building.

To fund the equipment of the new Ruai Family Hospital, Okoth applied for a loan from the Youth Enterprise Development Fund. While it was approved, the payment was delayed and he had to sell his wife’s car to cover immediate capital needs. With these funds, he finalised the new premises and put in 10 beds, a theatre, an X-ray room and ultrasound equipment. People started to visit in greater numbers. Over time, the hospital at Ruai grew to 40 beds and an ambulance was added. It offers general consulting, in-patient and maternity services, imaging, dialysis, general surgery, specialists, laboratory services and a pharmacy. Okoth relied on a bank loan to fund this growth.

The second family hospital of RFH Healthcare began as a result of the Ruai facility receiving a lot of referrals from the town of Tala, about 56 km east of Nairobi. Curious to find out where they were getting referrals from, Okoth and staff visited Tala and decided to open a 10-bed hospital there.

In 2016, he became aware of space in a gated community in the Nairobi suburb of Embakasi, with about 5,600 households. Okoth set up an outpatient centre in Embakasi, the RFH Medical Centre targeting middle-income earners to whom it provides a full range of medical services.

Okoth had a vision of developing a hospital where more advanced services could be offered. In 2017, he obtained a loan from the bank and purchased land in the Ruai suburb, where the company built the RFH Specialist Hospital that commenced operations in 2019. The building of the hospital was initially funded through internally generated funds, which was crippling the business as it was moving working capital into real estate. To address this, Okoth obtained a loan from Business Partners International to finish the building. He also had to approach a local bank for funds to buy new equipment and finance working capital.

Between 2019 and 2021, the group opened an additional four facilities in several Nairobi suburbs, to bring the total number of hospitals to eight.

As for medical personnel, most of the staff works for RFH Healthcare, including general practitioners. It is only the specialists or consultants that are not in-house. They use the theatres and consultation rooms of the various facilities of RFH Healthcare. They invoice RFH for the medical services they provide; the company in turn bills the patients. 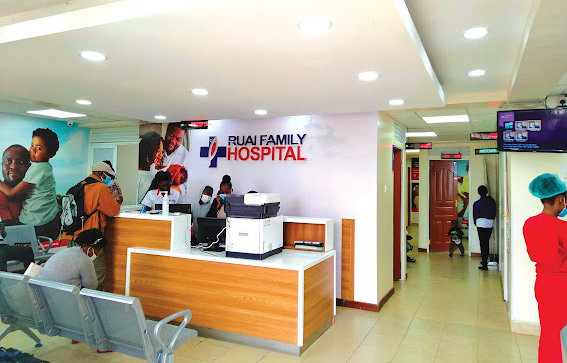 The reception area of one of RFH’s medical facilities.

Baraka Pre-paid is a lay-by model for people with pre-existing conditions and pregnant mothers; it functions like a wallet. Pregnant women, for instance, can use Baraka to save money for nine months. RFH Healthcare provides services to wallet holders at a discount of 5%.

Red Leaf is the in-house micro-insurance product of RFH. It functions on the basis that policyholders must consult one of the RFH facilities in the event of illness.

When asked about the strategies RFH Healthcare adopted to achieve success, Okoth is adamant about the importance of his team and attracting patients through a brand that inspires confidence in its services. “Focus, consistency and having a team that believes in our dream. People who stuck around even when there was no money. People who were not motivated by money but by the dream. At times, they did not get a salary as there was no money, but they would still work.”

RFH Healthcare brought crucial services to patients at an affordable price and addressed the gap in the market. Although there were a small number of other providers, RFH Healthcare was prominent with its equipment and quality of services, which grew the communities’ confidence in the brand. Taking care of patients during emergencies and being open 24 hours, further built trust in the business.

“Based on my circumstances and what I had available, I would not do anything differently. It is not possible to have done anything faster than what we have managed to do,” notes Okoth. 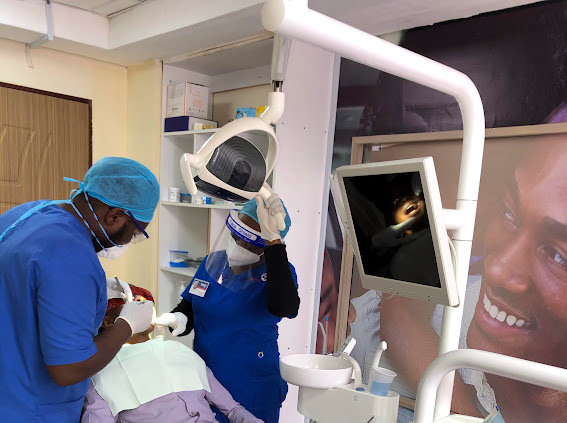 The majority of medical personnel working at RFH’s hospitals are directly employed by the group.

Okoth believes Kenya is positioning itself as the centre for medical tourism in east and central Africa; RFH Healthcare already receives many patients from the Democratic Republic of the Congo, Ethiopia, Sudan and Zambia.

Kenya’s medical services infrastructure is viewed in a favourable light and other hospital groups from countries like India are coming in to set up facilities. Okoth believes the industry will see more mergers and acquisitions, as smaller players won’t be able to survive.

RFH Healthcare recently succeeded in securing funding from AfricInvest, a private capital company based in Tunisia. The group has a number of new facilities in the pipeline as it spreads its wings to the inner city of Nairobi. It is also in the process of starting a pharmaceutical distribution company as well as a medical training college.

According to Okoth, RFH Healthcare is still open for private equity investment with a strategic partner, either local or foreign. This will help the group expand into the region. It is also interested in acquiring or merging with an existing player to create one large group that is well represented locally.

Johan Burger is the business development manager at the College of Business and Economics of the UAE University, a research fellow at the NTU-SBF Centre for African Studies in Singapore, and a research associate at the Institute for Futures Research at the University of Stellenbosch Business School in South Africa.