One is seldom so privileged as to have two business icons in a national economy talk on the same platform at the same function. However, that happened last week at Omega’s conference on service providers to the SME sector. The two keynoters were Raymond Ackerman, founder and chairman of Pick n Pay, and Christo Wiese, chairman of Pepkor and other companies. Wiese has many different interests, including agricultural and wine estates. 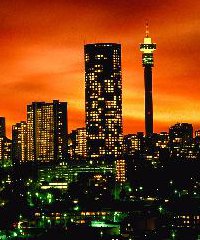 South Africa is no longer the only access point to Sub-Saharan Africa.

Both of course started their businesses, and both therefore were at one time “small businessmen”. Raymond Ackerman was unceremoniously fired from his job at Greatermans and almost immediately bought three small shops in Cape Town called Pick n Pay for R600,000. This was in 1967 and at that time this was a considerable sum of money at the time. Raymond’s first-hand account of how the money was raised is fascinating – given of course that a major hurdle for small businesspeople is raising the funding. But he has gone on to build those three small shops into the biggest supermarket retailer in South Africa and in the process done a lot of good for the South African community and economy.

Wiese similarly started business from a very small base in Upington in the Northern Cape. He was fortunate to have Renier van Rooyen as his doyen and partner but has since then built up a very considerable business in a varied career and is today one of South Africa’s wealthiest men. The similarity of their personal business philosophies was something that came across strongly in their inspirational presentations last week, and which I’m sure were appreciated by the audience. However, what was also important is their very positive attitude toward Africa.

This positive attitude, incidentally, is confirmed by Ernst & Young’s 2011 Africa Attractiveness Survey. It is called It’s time for Africa – a truly excellent publication superbly presented and with all the statistical information that any foreign investor would require. The change in Africa’s business and economic fortunes surprises even somebody like myself who as a South African has spent most of his adult life in different way marketing Africa internationally. Here are some of the key findings of this report.

Whatever Raymond Ackerman and Christo Wiese and other leading South African business people base their positive vision of Africa on, no doubt they accept these findings. But as South African business people they would also recognise that there has been a fundamental change in an important aspect of South Africa’s relationship to the rest of Africa and to international investors looking to invest in Africa. Up to four or five years ago there was really only one access point to Sub-Saharan Africa – and that was South Africa, with Johannesburg being Africa’s Big Apple. That has changed. Part of the reason is that other African countries have developed and are developing at a comparable rate and are becoming equally attractive as investor entry-points to the continent.

However, also part of the reason is South African politics and the uncertainties as far as foreign investment is concerned. Typical, has been South Africa’s handling of the giant Walmart’s wish to acquire the controlling shareholding of South African Massmart. Whereas elsewhere in Africa, were a deal on this scale to be possible, it would have been welcomed with open arms, in South Africa the matter was referred to the Competition Tribunal and as Business Day in an editorial after the Tribunal eventually approved the deal, wrote: “It is, by any measure, a good end to a rotten affair, and local businesses and potential foreign investors, which have been watching with trepidation the public mauling that Walmart has been subjected to in the hearings, can take heart from it. South Africa is still open for business.” In other words, the Walmart case did not encourage foreign investors. Neither does loose talk of nationalising mines and banks and seizing properties and accusations of white South Africans being thieves, etc. The result is that South Africa has to work much harder in persuading the world that its access to Africa should be through Johannesburg.