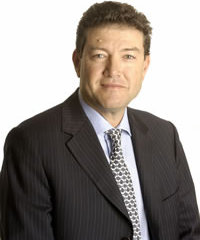 What was the motivation behind Japan Tobacco’s decision to invest in Sudan?

Japan Tobacco International (JTI) is excited about the opportunity to develop a strong business base there and through this acquisition we can further expand our geographic footprint in the developing markets. HCTF is the leading tobacco manufacturer in the Republic of Sudan with a market share of over 80% in 2010. Their success is anchored on the best-selling brand Bringi with a market share of 69%. The company is also well established in South Sudan. Its brands, its people and business philosophy make it a valuable addition to JTI.

Give us an overview of your plans for Sudan

JTI will focus and invest in Bringi, Winner and HCTF’s other heritage local brands to satisfy consumer demand. We have plans to invest in order to further strengthen HCTF’s operations. Our general approach will be to leverage the experience and know-how of the HCTF workforce and maintain JTI’s global standards. JTI will also support the development of our new employees there by continuously improving the working environment and initiating corporate social responsibility programmes. In this way we think we can make a meaningful contribution to the local communities of the Republics of Sudan and South Sudan.

Following the secession of South Sudan, are you expecting an improvement in business activity in the region?

JTI decided to invest in the Republics of Sudan and South Sudan because we have confidence in the economic potential of both countries, even in this sensitive period of transition.

What are the major challenges of operating in Sudan/South Sudan?

The political landscape in the region remains sensitive. However, we believe that critical steps toward achieving peace are taking place and our presence will keep providing economic opportunities for Sudan and South Sudan. We also think that the situation with the foreign hard currency shortages will normalise after the separation process is completed.

JTI also has other tobacco-related interests in Africa. Tell us more about this.

JTI’s cigarettes are sold in over 20 African countries including South Africa, Tanzania, Algeria, Nigeria, and Morocco. We have cigarette factories in Tanzania, South Africa and Tunisia, and have a tobacco leaf processing facility in Malawi. We acquired the Tanzania Cigarette Company (TCC) in 1996 in Tanzania, and through the Gallaher acquisition, we also own a factory in South Africa. More recently we acquired Tribac’s African assets (leaf tobacco operations) in 2009.