On 3 August 1995, Jannie Mouton walked into the offices of Johannesburg-based stockbroking company SMK as managing director. When he walked out later that day he was without a job. That fateful Thursday, Mouton was fired from the company he helped found. 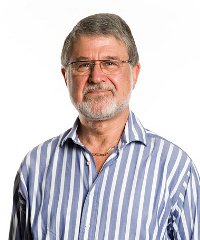 “It was a tremendous shock for me. I was 48 years old. I didn’t expect anything like that. I lost my company. I lost my friends. And I lost my confidence. It was a defining moment of my life. My life changed that day,” said Mouton during a presentation at a recent event in Cape Town.

He, however, managed to pick himself back up again. “I realised the future is in my hands, and only in my hands. And I had to lift my head, and go on with life.”

Mouton went on to establish the PSG Group, one of South Africa’s most successful investment companies, with stakes in Capitec Bank, Pioneer Foods, and Distell, to name a few. The company said in its 2012 annual report that if you bought 100,000 South African rands worth of PSG shares in November 1995 and reinvested the dividends, it would be worth approximately 136 million rands today.

During the session, Mouton gave some advice for those that have lost their jobs or are looking to realise their dreams. Here are some of the highlights.

Get an office: “If you are unemployed, get yourself an office. Why? So that you can get up in the morning and have a purpose to shower …”

Get a sounding board: Mouton said it is important to have someone to bounce ideas off. “You can’t sit there and only be by yourself.”

SWOT analysis: Make a list of all your strong points, all your weak points, all the opportunities in life in your field, and all the threats.

Formulate your dream and plan of action: Mouton said it is essential to physically write down your vision. “Write it down, so that you can look again at it a tomorrow.” He noted that PSG is almost exactly the company he visualised 17 years ago.

Read: Whilst plotting the next move in his life, Mouton read a large number of business books. One of the books that had a great influence on him was Napoleon Hill’s Think & Grow Rich. “He had a saying, Napoleon Hill, ‘if you believe you will reach your goal, you are 90% there’. And ‘a quitter never wins, and a winner never quits’. That is one of his sayings”.

During his presentation, Mouton also shared some insights into why he lives in Stellenbosch as opposed to South Africa’s economic hub Johannesburg, and how to appoint the right employees.

Work in a place where you can think: American billionaire investor Warren Buffet, one of Mouton’s heroes, lives in the small city of Omaha, rather than in New York close to Wall Street. He said in a recent interview that “it’s very easy to think clearly here. You’re undisturbed by irrelevant factors and the noise generally of business investments. If you can’t think clearly in Omaha, you’re not going to think clearly anyplace.”

Mouton shares Buffet’s philosophy about living in a quieter place, which is why PSG’s headquarters are in the town of Stellenbosch, 50km outside Cape Town.

Putting together the right team: Mouton explained that a team is better than an individual. He also believes that team members should be shareholders in the business. “Choose competent people, place them in key positions, and trust their judgement implicitly. You can’t do everything yourself, you have to employ competent people … It is a trick to recognise good people. You have to interact with people. You can’t sit behind a computer and think you can learn something about life. You have to interact with people, so that you can get a feeling for the right people.”