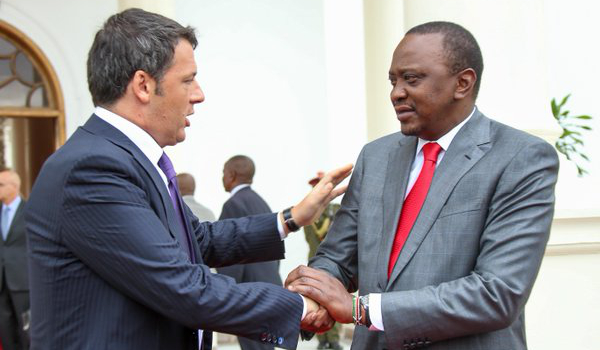 Italy has been showing a renewed interest in Africa lately, as the continent continues to attract foreign direct investment (FDI) globally. In 2010, Africa had the highest rate of return on FDI of any other developing region. In 2015, FDI to the continent totalled US$54bn.

Despite a recent slowdown in terms of GDP growth rate, there are at least three positive trends that are sustaining Africa’s attractiveness to investors, according to the World Economic Forum. The first trend is that by 2034, Africa is expected to have the world’s largest working-age population (1.1 billion); secondly, growth is expected in household and business consumption, mainly due to the urbanisation processes; and finally, African economies are well-positioned to benefit from rapidly accelerating technological change.

So how does Italy position itself in terms of its actual and prospective African footprints?

Italy acquired its first land in Africa, in Eritrea, in 1882. In 1913, shortly before World War One, Italian colonial territories covered less than 4% of the overall colonial surfaces. This included three African territories (Libya, Somalia, and Eritrea) to which Ethiopia would be added in 1936.

With decolonisation and the end of World War Two, Italy’s presence in Africa decreased considerably, especially when compared to other countries. This relegated Italy to a secondary role in terms of the country’s economic footprint.

Today, Italy is the seventh-biggest exporter to Africa of all countries in the World Trade Organisation (WTO). The total value of Italy’s exported goods and services exceeded $26bn in 2014. 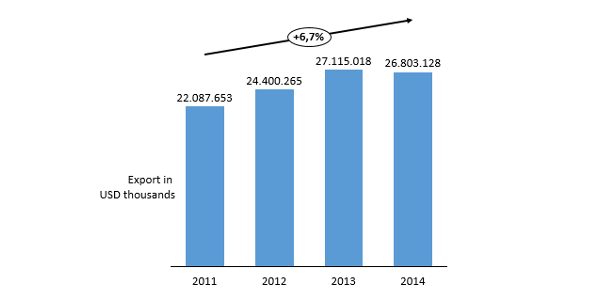 Between 62% and 67% of Italian exports to African countries can be attributed to six product categories, as shown in the table below. Some of the products included in the categories are as follows:

1. Machinery and mechanical appliances: dish-washing machines; machinery for cleaning or drying bottles or other containers; turbojets, turbo-propellers and other gas turbines; taps, cocks, valves and similar appliances for pipes; boiler shells; and tanks
2. Mineral fuels, mineral oils and products: petroleum oils and oils obtained from bituminous minerals (excluding crude)
3. Electrical machinery and equipment: electrical apparatus for switching or protecting electrical circuits; transformers; converters; wires; and cables
4. Iron and steel: bars and rods
5. Vehicles and parts: tractors; motor vehicles for the transport of 10 or more people; cars; and vehicles for the transport of goods
6. Articles of iron and steel: structures and parts of structures; and tubes and pipes 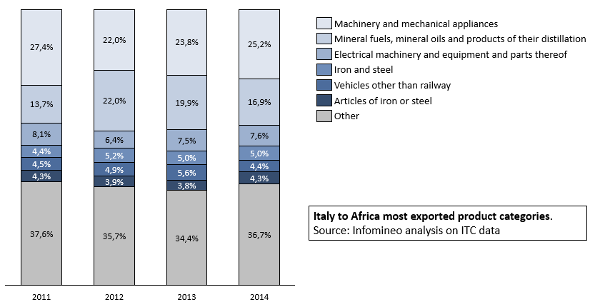 Goods most exported from Italy to Africa

Among African countries, the following markets stand out in terms of size and popularity of Italian products:
• Tunisia and Morocco, in large part due to their geographical proximity
• South Africa, which is believed to hold about 50% of the overall purchasing power of the continent
• Ethiopia, to which Italy is bound by history.

When it comes to direct investment in African countries, Italian outward flows increased considerably between 2009 and 2012, as the following chart shows: 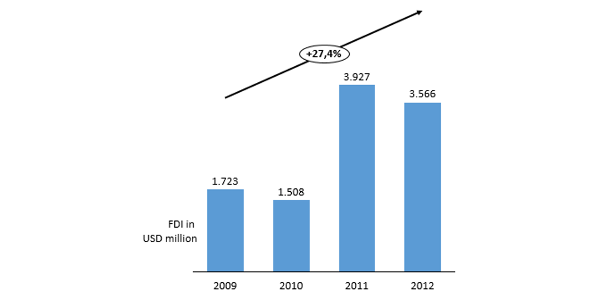 This becomes particularly relevant when compared to the flows of other countries, as per the graph below. 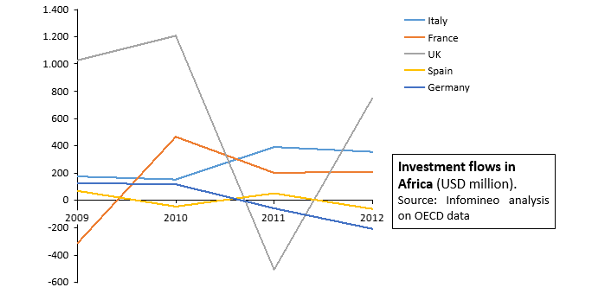 The African business environment is increasingly attractive to Italian companies, thanks to the strong presence and dynamism of some huge operators. The most relevant among these is Eni, the Italian multinational oil and gas company. Eni has a well-established presence in 14 countries, and is expanding into others, as evidenced in the exploration permits recently obtained by the company in Morocco. The continent has also been the site of several Italian entrepreneurial success stories, including Gabriele Volpi’s Orlean Invest, a major player in the logistics sector in Nigeria, Angola and Mozambique.

On May 18th 2016, the first ever Italy-Africa ministerial conference took place in Rome. In the presence of institutional leaders, a delegation composed of high-level representatives from 52 African countries met the heads of the most important Italian economics and cooperation bodies to discuss migration, economic and socio-environmental sustainability, and peace and security. At the conference, Italian Prime Minister Matteo Renzi stressed the country’s renewed interest in working with Africa.

Renzi has himself made three official trips to the continent in the last two years: Tunisia, Angola, Mozambique and Congo-Brazzaville in 2014; Tunisia, Ethiopia and Kenya in 2015; and Nigeria, Ghana and Senegal in 2016.

Together, these circumstances reveal a strong willingness to strengthen the bilateral relationships between the economies of Africa and the ‘Bel Paese‘.