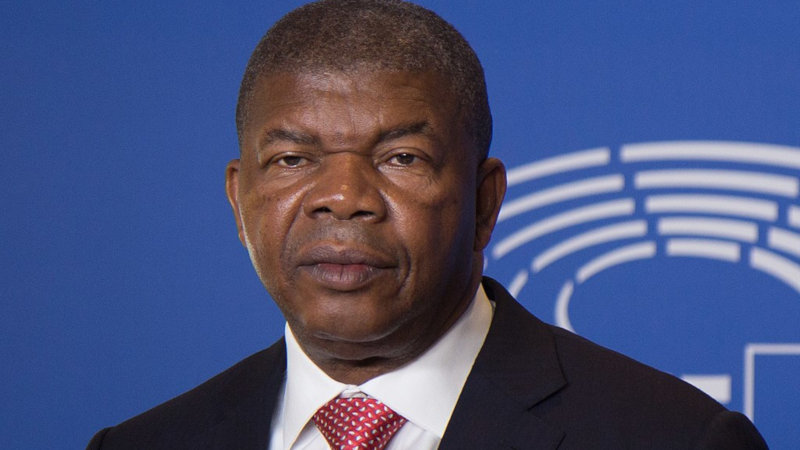 Angola’s president, João Lourenço, quickly earned an impressive nickname after he swept into office in 2017 and launched an anti-corruption drive after 38 years of cronyism under former leader Jose Eduardo Dos Santos.

They call him “The Terminator”.

And the president has grown into his nickname. Last month, Angola’s government froze the assets of billionaire entrepreneur Isabel Dos Santos, the former president’s eldest daughter and former head of the state-run oil company.

But increasingly, Lourenço’s anti-corruption efforts appear to target Dos Santos’ family members. Isabel’s brother is on trial for his alleged role in embezzlement and money laundering during his tenure as head of the nation’s sovereign wealth fund.

That, along with the government’s reluctance to prosecute the former vice president, a top João Lourenço ally, is leading critics to ask whether “The Terminator” is actually trying to destroy corruption – or if this is just the same old Angolan drama, with different characters.

“The guard in Angola seems to have changed – at least that’s at the highest ranks of government,” he told VOA after the release of a report documenting the many complicated dealings of Angola’s elite. However, he added, “These are the same practices still very much being pursued. And that is what we’re seeing through … the major families in Angola – including those of the president and former vice president – who are engaging in rather speculative practices that could be described as fraudulent and dealing with companies that have had very checkered reputations.”

In 2018, Angola’s government strenuously protected former Vice President Manuel Vicente against corruption charges in a Portuguese court – a sign, government critics say, that this anti-corruption drive is purely cosmetic. Portugal agreed to transfer his case to Angola, but he has yet to face trial. Vicente, who formerly headed the state oil company, is now a special adviser to the president on oil and gas.

What does appear to have changed, Besseling said, is that the new strain of Angolan corruption appears to be less blatant than it was during the Dos Santos era. He pointed to a complicated bid by the government to acquire private jets priced well above market value. Vicente’s stepson is running that deal, he noted, through a network of holding companies and offshore entities that have previously been accused of corruption in Brazil and Russia, or have been linked to the trade in African blood diamonds.

“Some of the ways in which the ruling elite is trying to enrich itself ahead of these privatisations are rather different to before it,” Besseling said. “It’s even less obvious. … So that foreign investors, the IMF, et cetera, are not immediately seeing these types of patterns developing.”

Isabel Dos Santos, in an interview with VOA, flatly denied allegations that she and her husband caused the state to incur more than $1 billion in losses. She says she has never worked in government and that her business is all private sector.

And she says she finds Lourenço’s anti-corruption drive “disappointing”.

“He has been in office for two years,” she told VOA in a Skype interview. “And when you look at how many cases has he really looked into – well, I have to say, I’m very disappointed. I wish he had really addressed the issue of corruption. Most of the corruption probably is connected to state contracts or connected to the oil sector, and not at all connected to the private sector. So this is a witch hunt. It’s singling out two or three people for political reasons. And there is very good reason for that, because you might ask me, ‘Why now? Why is this attack coming now?’ Well, the elections in Angola are next year. … So this is the beginning of an elections campaign.”

She attributes her success – which is thought to encompass a $2.2 billion fortune, making her the richest woman in Africa – to her business acumen and luck. She, too, gained a nickname in Angola – “The Princess”.

Besseling declined to comment on the merit of the charges against Isabel Dos Santos.

Where does this leave the ordinary Angolan? Angola is one of the world’s most unequal societies – despite its vast oil wealth, it was ranked as the world’s 14th most corrupt country by Transparency International.

“We’re trying to alert many of these foreign investors who are our clients, that even though the Angolan government is coming out with a different statement and a new brochure, so to speak, about the country, many of the key problems that have held back development and foreign investment in Angola are still very much present,” Besseling said. “It does not look that much has changed despite the changing of the guard.”

“The Terminator’s” critics agree, saying the lives of ordinary Angolans have yet to improve; however, they note that Lourenço has made a cosmetic change: Unlike his predecessor, his face does not appear on the bank notes.

This article was first published by VOA.