For some, Nigeria’s internet industry brings to mind emails from a Nigerian prince requesting money in return for the promise of riches. Despite the reputation of scammers and fraud, the country has a growing internet startup scene that can be an attractive opportunity for investors. 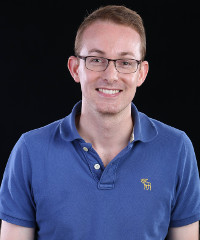 Based in Lagos, Spark is a “company that builds companies”, offering angel investment, business infrastructure (such as offices and bandwidth) and mentorship to promising Nigerian internet startups.

According to managing partner Gotter, Nigeria’s internet space is heating up.

“I think it’s just the right time to invest in and build these services for when these people come online… the internet space is exciting and needs development.”

In an earlier press release, Spark estimated the Nigerian startup industry to be valued at $250m, and that by 2016, this will be close to $1bn. With more people gaining access to the internet, Gotter said the demand for online services and products is increasing rapidly.

However, the Nigerian startup environment is not an easy one in which to operate. For instance, the costs involved can limit startups. In order to secure a corporate rented office, Gotter said it can cost between one to three years’ worth of rent upfront. Backup power generators and electricity are also costly.

In addition, he described the regulatory environment as almost non-existent. “You somehow need to figure out how to comply with all the laws that you do not know about,” explained Gotter. “Nigeria does not have a proper website that tells you what laws and regulations you need to comply with, so again the regulatory components are very tricky. Opening a company will cost you money and I think the setup costs of the actual company in Nigeria today are pretty high versus the actual capital base of the majority of people who want to do something in this space.”

Gotter said internet startups need investment, incubation and mentors in order to grow from an idea into a professional company.

“Spark basically wants to help young entrepreneurs come to the next level. They might have had an idea – they have developed it from their bedrooms or wherever they have done it – but to professionalise an internet startup is a whole different step. And you need to take that step,” he added. “You can’t run it from your bedroom, if you want to actually build a business. Spark actually fills that gap by saying, ‘here is a bit of money, here is a space where we are taking care of the legal, HR, electricity, bandwidth and office space environment for you to develop your business. Focus 100% on your business and nothing else.’”

Since its official launch with a $1m fund in May this year, Spark has raised an additional $2m in private investment from companies and individual investors from around the world.

While Spark will keep its eyes open for new internet entrepreneurs with innovative ideas, Gotter said the group has its hands full with the 10 startups in which it is currently investing, and the $2m will likely be allocated to further develop these companies.

“But don’t be surprised if another one jumps up at some time,” he added. “It always depends on the nature of the opportunity and the strength of the entrepreneur.”

Gotter’s advice to foreigners looking to invest in Nigeria’s internet industry is to have a local partner who knows the environment.

“Nigeria is a tricky space, I would never deny that,” he said. “Most investors shy away from Nigeria, but it also has humungous potential and opportunity. So if [foreigners] want to invest, I think they need to have local boots on the ground, that’s very important. Some people will come by us – obviously we raised that $2m mostly from foreign companies and individual investors.”

He argued that the internet has the potential to alter the status quo in Nigeria and Africa, and allow young people the opportunity to get involved in making change without too much government interference, unlike in industries such as mining and agriculture.

“We feel Africa is very inefficiently organised and things like the internet can help Africa organise itself much more efficiently and create employment for a lot of people,” said Gotter. “At the moment if you wanted, for example, to rent a house, you are going to have to go to an area, write down the numbers you see on houses and phone them up and ask them if they are for rent. This is ridiculous. You should be able to go online and look for an estate agent and see the pictures of a particular house you might like and then only go see that one. In Nigeria at the moment, you go to see 15 houses before you find the one you actually want to rent.”

Companies in the Spark network, which include a property letting site and a Christian dating website, collectively generate $50,000 turnover a month. This figure is expected to increase significantly as the companies begin to build traction.

“Nigeria is interesting and it will explode over the next three years and somebody has got to get involved. So if you have [a local partner] in place, I would recommend investing in Nigeria,” advised Gotter. “It is always a high risk investment but it [has] the right fundamentals to give you a good return.”