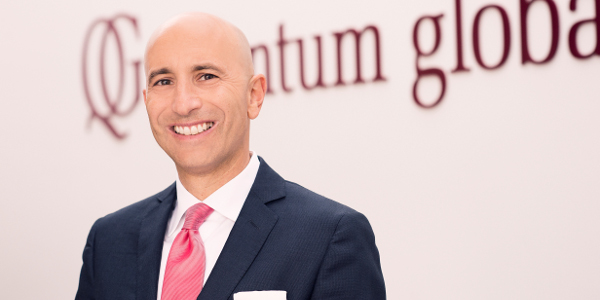 Despite all the lessons that could, or should have been learned from the 2008 financial crisis, stability in markets around the world is far from assured. In July 2016, the world’s oldest bank – Italy’s Banca Monte dei Paschi di Siena – failed EU stress tests because of its book of €27bn (US$30.2bn) of toxic loans.

Under the tests, which included assessing the consequences of a 7% fall in GDP but did not consider negative interest rates or Britain’s exit from the European Union, the bank’s capital was eradicated. If the euro area’s third-largest economy and the euro area itself face such potential instability, the resilience of the world’s emerging markets must be in doubt too.

In Africa, many economies are significantly more integrated into the world economy. The large amounts of Chinese investment and private equity capital that have poured into the region have been responsible for important parts of the world’s growth since 2008. In some African countries, and especially since the collapse of oil and commodity prices, private equity investment has underpinned growth. Angola and Nigeria, which have traditionally been resource-intensive economies, now depend on foreign capital, particularly in supporting SMEs and funding business-critical infrastructure.

The 2016 annual conference of the Africa Venture Capital Association highlighted the link between private equity and Africa’s economic fortunes. It focused on ‘Championing Private Investment in Africa’, with particular attention given to how to make a successful private equity exit. A partner at the event was the African Development Bank, which itself has a $1.1bn portfolio, of which 64% is in the divestment stage.

Commercially viable, derisked financing is one of the few paths to sustainable growth through future investment cycles and to protecting Africa’s economies from global economic shocks. According to the International Monetary Fund’s April 2017 Global Financial Stability Report, while short-term risks to financial stability have abated, threats are emerging from political and policy uncertainty.

While we are seeing an increasingly positive investment cycle, emerging markets remain vulnerable, and this is largely linked to governance. There is still work to be done even though the IMF report says that improved corporate governance over the past two decades has made emerging markets more resilient.

With private equity now central to growth in parts of Africa, measures of financial stability should include investor protection, property rights enforcement, disclosure rules, and auditing and reporting standards. Strong corporate governance makes all markets more resilient. This is why improved governance structures in emerging markets will allow investors and economies to absorb shocks better.

In its October 2016 Global Financial Stability Report, the IMF found that the share price of companies towards the bottom of its ‘governance index’ experienced sharper declines after global economic shocks than well-governed firms. The analysis indicates that after the 2008 financial crisis, the January 2016 stock market crash and Brexit, emerging market companies at the top end of the index were significantly more resilient – by as much as 50% – than firms at the bottom. If governance regulations are strengthened, this can help companies, investors and national economies deal with future shocks. Also, in 2016 the intergovernmental Financial Action Task Force stated that Algeria, Angola and Panama had made considerable progress combating money laundering and the financing of terrorism.

Many emerging market countries are witnessing a maturing of institutions and the establishment of effective regulatory frameworks. A balanced approach to private investments underpinned by good governance, at the corporate and national level, is likely to provide investors with long-term returns. Increased investment will benefit emerging market countries and their citizens.

As countries find themselves more resilient to economic shocks, the case for further reforms will be strengthened. This will then increase confidence among private investors looking to explore opportunities in emerging markets.

Thomas Ladner is the deputy chairman of the Advisory Board at Quantum Global Group.