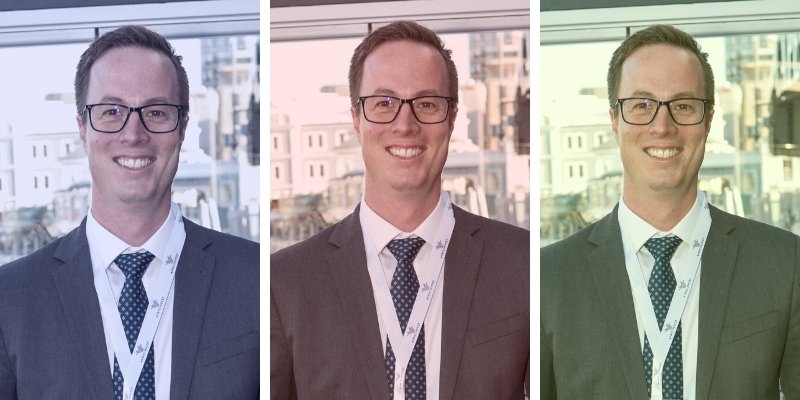 From import substitution to water to the facilitation of cross-border trade, Namibia offers several opportunities to savvy investors and businesspeople. To find out more, How we made it in Africa spoke to Ekkehard Friedrich, a partner at Namibia-based private equity firm Eos Capital.

Tell us about your firm’s investment strategy?

We aim to be a leading diversified unlisted investment manager. We started with a general private equity fund (the Allegrow Fund), and have since also raised an infrastructure fund and are in the process of fundraising for an agriculture fund. We are currently focused on Namibia exclusively but might expand to other regions in the future.

We’ve done seven investments, spanning quite a broad range of sectors. Our investments include manufacturing (such as soap and toilet paper), pharmaceuticals, private education, insulated panels and prefabricated buildings, engineering firms, and funeral services. Broadly our investment theme is to industrialise Namibia, and the diversity of our investments allow us to play across several sectors of the value chain at once.

Which sectors in Namibia are you most enthusiastic about?

Namibia is a very big but sparsely populated country, and everything you bring in must be transported over vast distances. Therefore, any goods that are not easily or economically transported lend themselves quite well to local production. Our country is typically a net importer of manufactured goods, and we’d like to see that change.

With our engineering firms, we have found the best way to build scaled assets is to consolidate a few good existing companies. For example, we’ve focused on building an end-to-end water and mining services company – spanning from water treatment valves to pipes, pumps, etc. – that can ultimately be listed.

Agriculture is very much an import substitution play here. Namibia is traditionally a net importer, and perishable goods are particularly expensive due to high transportation costs. We are therefore looking at import substitution for a variety of agricultural produce. Investments in agriculture also tend to create a lot of jobs, and so with our agricultural fund, we are considering the impact perspective as well as financial returns.

We also own a stake in the only pharmaceutical manufacturer in Namibia, which has a large export play across the continent by exporting to countries such as Ghana, Lesotho and Mozambique.

Identify some unexploited business and investment opportunities in Namibia.

Namibia has one of the best solar and radiation profiles in the world, and with the cheap cost of land, it is well-suited for large-scale solar farms. Namibia’s electricity regulator is liberalising the system quite a bit so independent power producers can come in, build, and sell directly to customers. In the future, this will go cross-border, so that Namibia can export electricity to the surrounding region.

The water sector is also an exciting space; Namibia is a very dry country, and a lot needs to be done to make the country sustainable from a water perspective. At some point, large-scale water desalination and piping water across the country will be critical, and there are some studies underway on this. With increasing urbanisation, cities like Windhoek – which is home to approximately one third of the country’s total population – are rapidly running out of water.

Namibia is also really well-positioned to serve the region as a logistics hub and a gateway to nearby landlocked countries such as Zambia, Zimbabwe, the Democratic Republic of Congo and Botswana. The Walvis Bay port has been massively upgraded and Namibia has some of the best roads in Africa. There is already a shift to using the port of Walvis Bay for copper exports from Zambia rather than the ports of Durban or Dar es Salaam. There are a lot of opportunities here to facilitate cross-border trade.

Are there any sectors in Namibia you would not invest in?

Our sector focus excludes primary industries such as fishing or mining that rely on the government to allocate quotas or licences. You can have the best fishing company but if you don’t have the fishing quota, it’s very hard to do business, so we try to stay away from those.

We have also found that startups are particularly difficult in our country. It is a function of the skills that are currently here, and the lack of support networks necessary to make startups successful. The required incubation programmes or structures are fairly limited in Namibia, so you see lots of entrepreneurs with good ideas, but none with a track record of delivering, which makes such investments inherently risky.

Namibia has a small population of less than 3 million. What is the impact of this on companies’ growth prospects, and how do you handle this challenge as an investor?

In Namibia, you will find there is a great income disparity between rich and poor. The market is very, very small, as far as disposable income goes, so in some sectors, you will have to look beyond Namibia’s borders and design your venture accordingly.

On the other hand, we have a lot of land, sun, and a large coastline, which you can turn into opportunities. Namibia also has a fairly large mining sector. Most of our engineering companies are primarily mining-orientated, and provide support to mining companies that would have typically been provided by international companies. This allows us to build the local skills base, be much more responsive, provide quicker turnaround, and have access to huge clients with consistent demand. Some industries are not scaled according to population size, and mining is one of those.

Describe some of the challenges facing Namibia’s economy.

Our government used to be a big player in the economy – they were probably 65% of the whole economy at one point, if I had to guess – but with the government being under increasing economic pressure, they have pulled back quite a lot in recent years. Even before the Covid-19 pandemic, Namibia’s debt-to-GDP ratio was already well above 40%, and we’re now reaching really unsustainable levels. This means a big part of government’s spending will go to servicing debt rather than productive investments in the future. Companies need to understand what happens if the government is no longer there, such as how do you leverage the private sector, and what do you need to do to still have a sustainable business.

For example, some of the companies we bought into had over 70% of their revenues from government at one stage, but a couple of years later that went down to maybe 5% or so. To overcome this, we had to work really hard and find alternative ways to grow, improve sales teams, and so on. With a lot of work, we found you can get back to those levels and explore alternative avenues of growth, but it requires a lot of agility, and rethinking and restructuring of businesses.

For all companies in Namibia, this means you have to be conscious of the fact that government won’t be involved in such a large extent going forward, and build your strength around that reality. When you do your due diligence, it is very important to look closely at that point.

Outside of the capital Windhoek, which other urban centres provide business opportunities?

There has been huge investment and development going into the port in Walvis Bay. A big container terminal was recently completed, there’s an oil and fuel storage project underway, there’s supposed to be a liquefied natural gas terminal, and all the railway links are being upgraded. So I would say watch this space.

About 70% of our country’s population stays in the north. The dense urban areas are cities in northern-central and north-east Namibia, like Oshakati. There is a big urbanisation trend there, and the bulk of the country’s younger population resides in that region. As a result, there are lots of opportunities to serve both the rising urban middle class and younger population in terms of food distribution, mass housing developments and education.