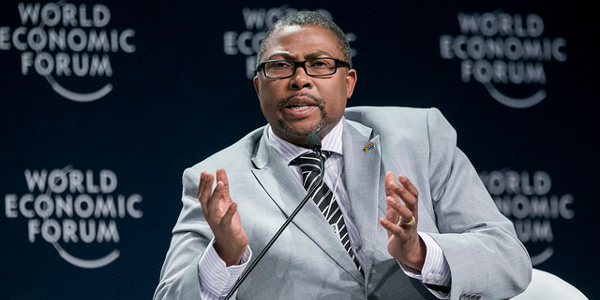 Every year African experts and global thought leaders assemble at the World Economic Forum to discuss some of the continent’s most pressing issues. And every year the topic of how to improve regional trade is deliberated.

According to the United Nations Economic Commission for Africa, intra-Africa trade stands at around 14% of the continent’s total trade. This is incredibly low when compared to Europe and Asia where trade between regional borders is calculated at over 60%. Furthermore, it is estimated that intra-African trade costs are about 50% higher than regional trade in East Asia.

There are steps being taken to improve Africa’s trade with itself. The African Union has stated it aims to set up a Continental Free Trade Area by 2017 to improve flow of goods across the continent. But whether this can actually be fully realised was debated this week at the World Economic Forum on Africa in Kigali, Rwanda.

According to Tarek Sultan Al Essa, CEO of Agility, Africa first needs to develop the capacity and systems to facilitate the changes it requires to increase intra-African trade.

“And maybe a way to look at this is to ask how governments typically focus on trade facilitation. If you go to a meeting around trade facilitation you usually have 20-30 people from each government in a room. And the reason is that the supply chain is controlled by so many different stakeholders in each economy that the capacity to change is almost non-existent,” he explained.

“So I think we need a minister for the supply chain in each country and we need them to meet and be empowered to make some of these changes.”

“What you need is political leadership and decisiveness in terms of who is going to do what,” said Gama, adding that there also needs to be input from the private sector.

“But also you have got to bolster this with adequate capital and research to make sure we can move forward, because ideas are not in short supply. What is in short supply is a bias for action and the ability to implement.”

Sultan Al Essa noted that governments also need to consider the economic benefits of unlocking regional trade, and changing the way they have traditionally operated.

“Part of the challenge is we look at customs as an organisation that develops revenue for the government. I would argue that if we could change the way that we think about customs and trade, and change it to a model that is actually managing processes in a frictionless electronic way, I think we would get a lot further in terms of GDP development and growth than we would by the revenue that we would be giving up through customs. So we need to think about what it is we are trying to achieve. We don’t need new border stations – we need frictionless borders where there is an electronic system that is actually minimising the friction and the way that goods move between countries,” he continued.

“If we can do that then I think the capital and the talent and the entrepreneurs here in Africa will have plenty of opportunity to invest locally. I don’t think the solution is in external capital. There is plenty of capital here and it needs to be put to work. But it will never get there if we can’t make [Africa] an easier place to do business. And you will see, obviously, that if we are able to achieve this, the numbers for intra-Africa trade will increase dramatically.”