The game of Monopoly is arguably one of the most popular board games in the world, with the concept first being patented in 1935 during the Great Depression in the United States. The game is currently published by US game and toy company, Hasbro. 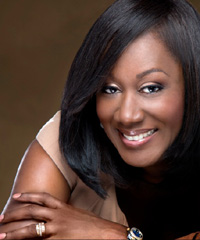 Nimi Akinkugbe is the CEO of Bestman Games

Bestman Games, the company with exclusive distribution rights to customise editions of Monopoly specifically for Africa (except South Africa), has recently introduced the City of Lagos Monopoly edition. Apparently the Lagos edition has been a huge hit. How we made it in Africa spoke to Nimi Akinkugbe, CEO of Bestman Games, to find out a bit more about the concept, as well as the company’s future plans for board games in Africa.

What does it mean for Lagos to be the first African city represented in a Monopoly edition?

Two other African countries already have editions of Monopoly created for them – these are South Africa and Morocco. The City of Lagos is the first African city to have its own edition of Monopoly and we are deeply proud of this special status.

Lagos is a mega city with over 20 million inhabitants. The city has also undergone significant change over the past few years. The rapid transformation of the Lagos metropolis in the last five years has caught global attention, as two renowned international bodies, Citigroup and Urban Land Institute, ranked the metropolis as one of two of the most innovative cities in Africa. The other city is Cape Town in South Africa.

Monopoly is a leading international brand so there is some significance for an African city to join this stable of leading cities to have customised editions specially created for them.

How did Bestman Games determine which areas made the Lagos Monopoly edition’s most expensive and cheapest locations?

As with most cities, it is fairly clear which areas command the highest prices in real estate terms in Lagos but we did also consult a few real estate agents to verify prices and found that Banana Island had some outstanding real estate and at top prices. Ikoyi Crescent, Bourdillon Road, and other parts of Old Ikoyi were also major contenders.

Makoko won the Old Kent Road spot largely as a result of its uniqueness as a floating slum. It would have been nice to have had more space to include many other popular and populous areas but as it is a property trading game much of the board is dedicated to prime real estate, just as it is in the London edition and other famous city editions. 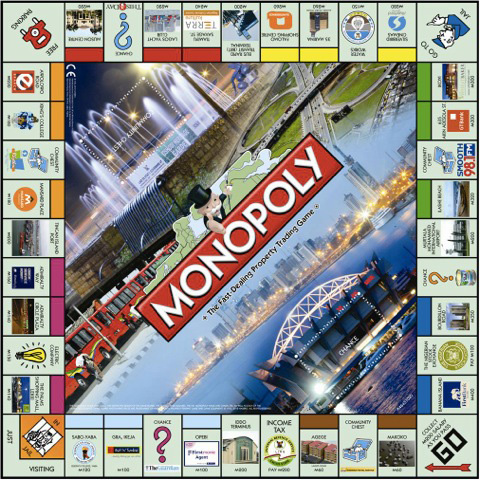 Other than highlighting Lagos’ locations and landmarks, how else is the Lagos Monopoly edition representative of the city?

This edition of Monopoly delivers important social messages through customised twists included in the cards. With the support of the Lagos State Government we were able to use this novel tool to present some basic lessons in civics by educating players about some of the laws of the city that are so often overlooked, and to attempt to correct negative behaviour, and reward positive behaviour through fines and rewards in a fun way. One card fines players for driving without valid vehicle particulars and sends them off to Lagos State Driver’s Institute for retraining, whilst another sends those who drive against traffic on a one-way street for psychiatric evaluation at the psychiatric hospital, Yaba, and imposes a fine. Whilst it is tongue-in-cheek, it is real at the same time and has a powerful impact as all learning through play does.

Who have been your customers so far and how have sales been?

Our customers have come from all segments of our society: families, schools, tourists, government. As the game was launched in time for Christmas 2012, it was top of hundreds of Christmas lists. We underestimated the demand so not everyone that wished for it was able to have it in time for Christmas, but we have since taken delivery of more boards and it is now available in leading stores and supermarkets. We expect that by Easter it should be available all over the country.

What is the most challenging part of being in the board game industry?

Logistics and distribution are our key areas of focus. So many people want the board so it is important to ensure that it is available. Piracy is an issue for most sought after products but we feel confident that discerning people will be prepared to pay the right price for an authentic quality product.

Does Bestman Games have any other board game products or ideas that you are planning to release in the future?

Absolutely. We have a busy year ahead. The product range also includes not only city and country editions, but school editions, corporate editions and other commemorative editions. School editions are enormously popular as alumni, students and teachers past and present and all those connected with a school are filled with nostalgia and will love to play the game as it brings back memories of years gone by when they were enrolled at the school. School editions can be an excellent fund raising initiative with sales revenue contributing towards new building projects, bursaries and scholarships. A school edition highlights a school’s ethos, its values, its culture, its history and its real estate.

We also have the exclusive distribution rights to customised editions of other games in the Hasbro and Winning Moves stable, including Trivial Pursuit, Scrabble, etc. Our primary focus for now is to get households back into the old tradition of board gaming with Monopoly as the flagship product. We feel that board gaming should be restored as a way of life.