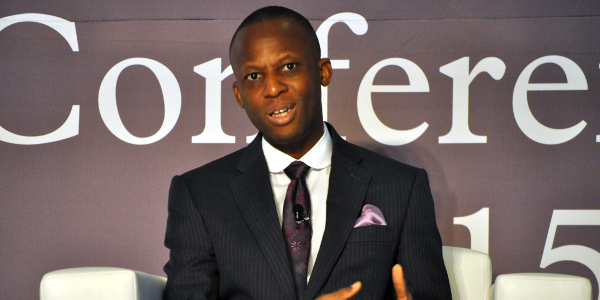 The development of a common platform for cross-border listing and trading in West Africa will create “broader and deeper liquidity”, according to Ade Bajomo, executive director of market operations and technology at the Nigerian Stock Exchange (NSE).

The initiative is being developed by the West African Capital Markets Integration Council (WACMIC), launched in January 2013. It will integrate West African capital markets – with member exchanges including the NSE, Ghana Stock Exchange and the BRVM (serving eight francophone West African countries) – by establishing a harmonised regulatory environment and a common platform for the cross-border issuance and trading of securities.

Speaking at the SWIFT African Regional Conference in Cape Town last week, Bajomo said the initiative will allow capital market operators across West Africa to operate using a common “passport”, so to speak.  “So an issuer in one of the countries may seek to list in another exchange where they can pull more liquidity. And investors can balance their risk and return portfolios on the various exchanges as well.”

He added that West Africa, despite a number of hiccups over the past 12 months (such as Ebola, falling oil prices and terrorism), has nevertheless seen positive growth of around 6%. Furthermore, the region holds close to a quarter of the continent’s population, making it attractive for investment focused on the consumer.

“If we can create an integrated market, it will not only be benefited in terms of improved transparency and shared practices, but we will be lifting up various exchanges around the region,” continued Bajomo. “And by pulling together [WACMIC] we hope that we can share resources, bring up standards, and harmonise regulations.”

The integration of the capital markets aims to boost liquidity and trading volumes in West Africa, a major limitation that typically characterises stock exchanges across the continent.

The initiative is being rolled out in three stages, with stage one of sponsored access for stockbroking in each of the jurisdictions having only recently been completed. The second phase is now being rolled out, which Bajomo calls the “passport stage” where qualified brokers will get direct market access to the West African jurisdictions they wish to trade in.

Stage three is expected to be completed by the first quarter of 2016, where all member exchanges will be linked to a virtual West African Securities Market.

Qualified West African brokers will then be able to access the listed securities and market information in the region to allow them to execute transactions, while issuers will be able to raise capital across the region too.