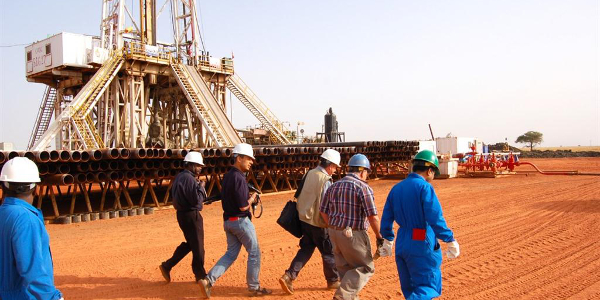 Since the beginning of this century, the rapid economic growth of Asian economies, particularly China, has brought about immense economic benefits for Africa. This is because over the last few decades, to support its economic development, China has voraciously bought and consumed all types of commodities in Africa and globally. This enormous demand for commodities not only made the African natural resources more valuable, but also brought about a substantial amount of export revenues to Africa.

Moreover, the massive inflow of export revenues has translated into a relatively high growth rate, that eventually caused people to start talking about the ‘Africa rising’ narrative. However, the impact of the 2008 global financial crisis, as well as the recent economic slowdown in China, has been hugely felt in the continent. Hence, a better insight in Africa’s global trade may provide a better idea of how Africa will fare in the future.

According to data from the International Trade Centre, the 2016 global trade of the African continent had increased by a significant 238% to reach US$794.7bn from $235.4bn in 2001. Moreover, during those last 16 years, Africa received a cumulative amount of $5.8tn for its exports. This has definitely helped the African countries to grow.

Previously, the continent was highly dependent on trade with developed countries. Trade with the European Union (EU) and the United States (US) represented 52.3% and 13.7% in 2001 respectively. Since then, Africa-Asia trade has risen to represent 36.9% in 2016 from 24.8% in 2001. This resulted in a drop of the combined share of the EU and the US to 40% in 2016. As the Asian economies, particularly China and India, keep on growing, the Africa-Asia trade will keep on rising. In fact, the Africa-Asia trade is already more important that the Africa-EU trade.

While Africa has largely benefited from its global trade, it is a matter of great concern that most African economies are still based on primary industries that are mainly related to agriculture and mining, as well as oil and gas. When prices of commodities were high and trade was booming, many countries thought that their natural resources were godsend and that revenues from this trade would never end. Their respective governments have therefore not seized the opportunity to diversify their economies and develop other high-potential industries.

The top African export is oil and gas, bringing about revenues of $120.6bn in 2016. With the drop in oil prices since 2012, many oil-dependent countries were very much affected. According to Bloomberg data, the price of Brent crude dropped by 53% – from just over $110 per barrel at the beginning of 2013 to about $52 a week ago. Major oil producers like Angola, Algeria and Nigeria, as well as smaller ones like Equatorial Guinea and Gabon, are greatly affected and are still suffering from the decline in oil prices.

Even for agricultural commodities, prices have been volatile. Côte d’Ivoire and Ghana are the world’s largest and second-largest producers of cocoa. Both benefited from relatively high cocoa prices over the last few years, but with a decline in world demand, coupled with a higher cocoa production recently, prices have dropped. Being dependent on agricultural commodities means that their economies are subjected to not only the vagaries of climate, but also market uncertainties like a bumper harvest in other parts of the world, that could eventually affect prices.

Due to the 2008 global financial crisis that pushed the developed countries into a recession, the global economy contracted. For China, it launched a $586bn economic stimulus package, that helped support not only its economic growth, but also its demand for commodities. Without this stimulus, the decline in demand for African commodities would have already started then.

This $586bn stimulus eventually created a huge overcapacity in the industrial sector, as well as asset bubbles in China. From 2010 onwards, at the expense of its high economic growth, the Chinese government subsequently undertook some economic reforms that curbed market speculation and demand for commodities, leading to a big drop in prices. Being highly dependent on commodities, Africa is therefore greatly impacted.

Moving up the global value chain

Most African countries that are rich in natural resources, are now feeling the effects of the ‘resource curse’ phenomenon, since they are mainly dependent on a mono economy. As they have not made a deliberate effort to diversify their economies during the good times, not only are they receiving less revenues from commodities trading, putting them in fiscal deficit, but they are also facing the pain of economic restructuring.

Morocco seems to be the only African non-oil dependent country that has been able to not only diversify its economy into manufacturing, but also move higher up into the value chain. In 2016, slightly more than 13% of its total exports was textile manufacturing, while exports of higher value-added electrical machinery and mechanical appliances represented nearly 18%. With the right policies to develop its automotive and aerospace sectors, they are now starting to bear fruit. Morocco’s automotive industry represent nearly 14% of its exports. As for the aerospace sector, it has grown by 216 times over the last 16 years to reach about $443m worth of exports, about 2% of the total.

Tunisia is another example of a country steering its economy away from oil and into higher value-added manufactured products. Some of its non-oil major exports were textile products, and electrical machinery and mechanical appliances, representing about 22% and 31% of its total exports respectively in 2016. Similar to Morocco, it is also moving into the automotive and aerospace sectors. In 2016, they represented about 3.5% and 1.7% of its exports respectively.

In East Africa, Kenya is also developing its textile manufacturing capabilities. Over the last 15 years, this sector has increased its size 59 times. In 2016, its textile exports reached about $146m, representing about 8% of its total exports. Kenya is also expanding its automotive industry. Toyota and Volkswagen have invested in their own assembly plants in the country. In partnership with local companies, Hino Motors, Hyundai and Tata Motors are also assembling their cars, trucks and buses locally. Although this sector is still relatively small, locally assembled vehicles represent more than 50% of new vehicles sold and Kenya’s automotive exports have grown more than 20-fold since 2001.

The recent commodities downturn has shown how dependent many African economies are on their natural resources. Hence, for their future economic development, they have to focus on shifting away from basic commodities and on developing other high-potential industries.

While Africa is a major crude oil-producer and exporter, it is also a major importer of other refined petroleum and petrochemical products. This is because Africa does not have enough oil refineries to transform its own crude oil and cater for all its needs. The problem is that many oil-producing countries have not created the right environment and economic policies to foster the growth of these higher value-added capital intensive industries. For instance, it’s only recently that Aliko Dangote invested $11bn in a new higher-capacity oil refinery in Nigeria, Africa’s largest oil producer.

Côte d’Ivoire and Ghana have spent many years developing their cocoa industry to eventually become the world’s largest and second-largest producers. Yet, it is only recently that they are looking into further developing the higher value-added chocolate manufacturing for export purpose. Similarly, Burkina Faso and Mali are Africa’s largest and second-largest cotton producers, but neither have extensive textile manufacturing activities.

Prices of commodities may not recover to their previous peaks in the future and the commodity exports from Africa may continue declining. If African governments do not rectify and reform their respective economies, the decline in exports may not only exacerbate their fiscal position, but will put at risk their future growth prospects.

Hence, there is an urgent need to develop the right economic policies to attract foreign investments that can develop other higher value-added industries. It is through diversification that African countries can strengthen their economic growth and build more resilience.