When she moved to Tanzania 11 years ago, Canadian project manager Sandra Macdonald-Mulokozi craved for a café where she would get good coffee and Wi-Fi. There were few such outlets in Dar es Salaam, partly because of the hot weather in the city and little demand for it. 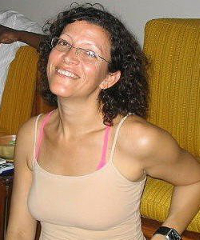 “A decade ago I was craving a spot where I could get a good coffee, have Wi-Fi and sit the whole day and not be bothered. That was non-existent. But today I see growth opportunities,” says Sandra Macdonald-Mulokozi, co-founder of Tanzania’s Black Tomato.

“The expatriate community was not big back then, and there wasn’t a big middle class either. But about five years ago both [demographics] were growing and people were demanding more in terms of lifestyle choices. We saw a good opportunity,” says Macdonald-Mulokozi.

She partnered with a Tanzanian chef and co-founded a coffeehouse named Black Tomato that currently runs two outlets in Dar es Salaam. The business initially started in a small gallery and did well, but had to change locations after two years since the building it were using was sold.

“I had always wanted to open a café,” says Macdonald-Mulokozi. “Obviously in those early days we didn’t make any money because we kept reinvesting in the business. But we were quite successful from day one. The early days were tough, but they were fun.”

One of Black Tomato’s outlets is located at Oyster Bay Shopping Centre, in a posh suburb that is dominated by high-profile residents including senior government officials, diplomats, expatriates and wealthy business people. They recently opened their second outlet in an office building in town, an area that hosts several foreign embassies.

“We happen to be in fantastic locations. A lot of clients who come to the Oyster Bay outlet on the weekends work in that area of town where our second store is located, so are already familiar with the brand,” she says.

The former NGO volunteer says there are growing opportunities to set up Black Tomato outlets in office buildings being constructed in the city.

“A decade ago I was craving a spot where I could get a good coffee, have Wi-Fi and sit the whole day and not be bothered. That was non-existent. But today I see growth opportunities.

“Property developers have now learnt that to attract clients, they must have amenities such as cafés and banks. People don’t want to walk even a few blocks to go to a café because of the heat here.”

During her stay in Tanzania, Macdonald-Mulokozi has seen growth in the food and drinks business in the country. International brands, such as US fast food chains KFC and Subway and South African franchises Rhapsody’s and News Café, have opened in Dar es Salaam.

Macdonald-Mulokozi opened her business while still working for a technology start-up and says her experiences there prepared her for life as a small business owner.

“You learn to make sacrifices. I learnt how to get by with very little. There were days when all I had to eat was two mandazis [Swahili bun] and a coke. It was hard, but I really enjoyed the experience. My boss made me understand if you are hungry enough you will make it work,” she explains.

“That experience taught me a lot and helped me start my own business because I realised I could live on nothing. I also learnt no matter how broke you are, you don’t have to look like you’re broke in terms of your brand. You [should] have professional business cards, have a logo, have an email address that is not @hotmail.

“If you want people to take you seriously you have to act serious.”

Macdonald-Mulokozi now runs the business alone since the exit of her business partner. She says this makes it more tiring. “If it’s only one person driving the business, that one person can burn out pretty quickly.”

Staffing is also a challenge as the company employs a team of 40 people.

“As a small business owner, the way you keep life in your business is by always being creative, to keep ahead of the pack. We cannot outspend the competition in marketing, in terms of dollars. To push forward you need people who are motivated,” she continues.

“But although challenging, over the years we have managed to build a fantastic team.”