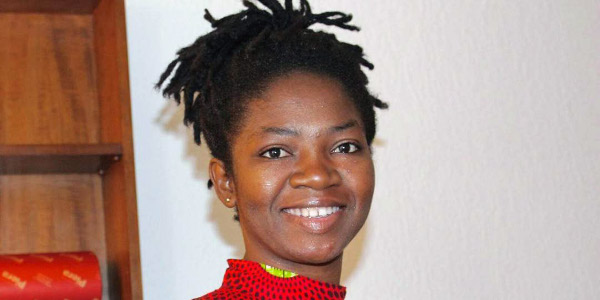 After six years of working as a journalist, Alima Bawah took a moment to assess the challenges faced by rural communities and decided to tackle one of the problems herself. Through her storytelling, she had identified livestock mortality as one of the biggest problems facing rural dwellers in Ghana’s livestock industry.

Today, Bawah is the co-founder of CowTribe, an on-demand mobile subscription service connecting veterinary services to farmers to reduce livestock mortality and increase productivity and income of farmers.

Take us back to the beginning of this business

CowTribe was launched out of the personal experiences of its founders, Bawah and Peter Awin, and their passion to solve a social problem. They both grew up in rural communities and their education was dependent on the successful breeding of their families’ livestock.

When Bawah later became a journalist, she focused on stories that would help develop these underserved communities. But the speed at which the government was addressing this problem was too slow for her liking and she decided to resign. She had had enough of story-telling – it was time to act.

At first, Bawah started an NGO that provided parents with entrepreneurial skills which would help them to afford to keep their children in school. But the desired change wasn’t happening fast enough for her. About a year later she met up with Awin, a friend who is also a trained development practitioner with experience in selling crop insurance to farmers in rural areas.

They pulled together to focus their attention on livestock, which could be a quicker income for parents, and in May 2016 they launched CowTribe. The company provides veterinary treatment to economical animals (goat, sheep, chicken and cattle) and sometimes pigs, depending on the geographical area. So far, CowTribe has served about 30,000 farmers in 150 communities across the northern, upper eastern, and western regions of Ghana.

In the beginning, Temale-based CowTribe coordinated emergency veterinary services to farmers, but due to the distances involved, turnaround times were 24 hours.

The partners decided to leverage mobile technology, since most farmers have feature phones. They also switched from offering emergency services to providing preventative vaccination services. They reasoned that if they were able to deliver timely vaccines to animals, they would be able to reduce the pace at which farmers needed them for emergency cases. “And that has worked for us. Now, we have very few emergency cases.”

CowTribe provide livestock owners with a Near Field Communication card (NFC card) which holds the farmer’s information and serves a wallet. The NFC card is similar to a biometric card. When placed at the back of a smartphone, it fetches information from the card to the phone – allowing the field agent to read farmer’s information, including the number of animals. Farmers using these cards can call CowTribe anytime for service delivery. They also receive advisory messages and notifications to let them know when their animals are due for vaccination.

To provide a seamless service to farmers, CowTribe hired and trained about 200 community agents to register farmers, facilitate vaccine delivery, and attend to petty issues like wound dressing. CowTribe also works in partnership with the government’s veterinary services department to provide vaccination for livestock at about one cent per animal, of which CowTribe gets 10% commission.

She must have faced some challenges?

“When we started, it was quite difficult to get people to mentor us,” Bawah recalls. “Although we work in the animal care sector, it was quite lonely because our model is the only one strictly focused on vaccine delivery. We had no one to learn from and there was little literature to review. Access to advisory services was quite a critical challenge until we enrolled into the Fledge accelerator programme. Now, we have lots of people that serve as advisers.”

Finance was also a challenge. “My partner and I started with our financial savings but along the line we ran out of cash. As an entrepreneur in Ghana, it is difficult to find angel investors or grants to work with. It was difficult until we wrote a grant proposal to the Dutch government. They funded us to run a training programme for veterinarians within the country.”

CowTribe is currently focusing on getting more women farmers to access its programme. They hope to register 10,000 women chicken farmers this year in order to deliver Newcastle vaccines to them.

Noted. Anything we can learn from his/her experiences?

Bawah, a 2018 Queens Young Leader, believes passion should trump money when considering the launch of a business. “If you want to make money, find something that solves a real problem,” she says. “If you are working on a real problem that you are passionate about, you are halfway in succeeding.

“It might be frustrating at a point, but when you look back at the people whose problem you are solving, you will be able to find the strength to keep going even when the going is tough.”