“There is a growing realisation that the future of Africa is based around a consumer rather than mining. This is a consumer that has been under-served and over-charged,” said Frank Braeken, Unilever executive vice-president for Africa at the High Growth Markets Summit at the end of September 2011. 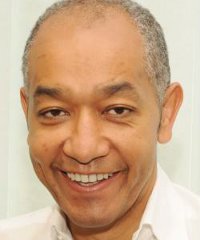 Unilever, a consumer goods company, has over a century of experience on the continent and produces annual sales of more than 5 billion euros in Africa. The group employs 40,000 people in the region and has offices and factories in 40 locations. It can thus be deduced that Unilever “has made it in Africa”!

But Braeken pointed out that consumers in Ghana spend just one fifth per capita on Unilever’s products than their peers in South Africa. Kenyans spend even less, and those in Tanzania a smaller amount still. Thus for Mr Braeken there is a huge untapped source of consumers – most of whom are low-income, also known as Bottom of the Pyramid (BOP), consumers.

How we made it in Africa’s Loraine Stander asked Frank Braeken how Unilever is reaching the BOP consumer.

What is Unilever’s strategy to reach the BOP consumer?

Frank Braeken: Our strategy is to increase our social impact by ensuring that our products meet the needs of people everywhere for balanced nutrition, good hygiene and the confidence which comes from having clean clothes, clean hair and healthy skin. Unilever is strongly committed to serve the BOP in Africa and to this end many of our products are tailored to meet specific African consumer demand.

Braeken is known to emphasise: “What we need to do is much more listening to what the African consumer needs.”

This credo is illustrated by a shop in Kenya’s largest slum. The small shop is selling everyday necessities, that range from margarine and washing detergent to cooking fat and toothpaste. What is noticeable is that these goods are sold in small packages, known as low unit packs (LUPs), weighing from 45 grams to just four grams, and costing from as little as half a cent. Though all the goods are now sold in branded packaging, the shop owner has been selling the same items in similar small portions for decades to the low-income market. He bought big packs and then resold them in smaller portions to his customers. Unilever was one of the first companies that bought into this concept.

By establishing a brand through LUPs, allegiance would be formed as the consumer’s purchasing power increases.

Which products are your main focus for innovation?

Frank Braeken: We endeavour to meet everyday needs for nutrition hygiene and personal care with brands that help people feel good, look good and get more out of life. Thus our primary products in developing the market comprise of personal care, fabric cleaning products and foods on the health and taste platforms. It includes brands like OMO, Lifebuoy, Royco Savoury Cubes and Blue Band Margarine. Savoury Cubes were developed specifically to enhance the flavour of local dishes. In all these products we are visibly present with low unit packs, which are attractively priced and affordable.

What are the specific challenges for the adaptation of products?

Frank Braeken: The main challenges are cost, product stability and in-use hygiene. For example: while many of these low unit packs are in sachets form, we had to take cognisance of consumer feedback demands and develop innovative re-sealable sachets.

Keeping the BOP consumer in mind, Unilever is marketing low-cost climate stable margarine that does not require refrigeration. It has created a tier system to straddle pricing pyramids with brands of varying affordability levels, and has been aggressively pushing a low-price packaging strategy.

Normally smaller quantities work out more expensive than buying in bulk. How do your consumers react to this?

Frank Braeken: Smaller packs are more expensive, but equally more affordable. From a consumer point of view it is not so much the cost but rather affordability which drives their popularity.

Unilever has pointed out that, for example, a significant percentage of Kenya’s population earns below $1 a day and that it is this consumer they are targeting. Higher frequency in buying would ultimately lead to higher volumes.

Are your “adapted” products distributed only to retail stores, or are they also available to informal sellers?

Frank Braeken: Informal sellers form the bulk of Africa’s retail landscape and it therefore makes sense to sell our products through them. They are mostly selling to the BOP consumer. Using informal sellers provides a significant social spinoff as well. It creates a huge source of employment and helps build a self-reliant society. The daily act of making and selling consumer goods drives economic and social progress.

Following their success in India, Unilever is now also exposing Africa to their direct to consumer distribution scheme – known as shakti. Starting in Nigeria and Kenya, Unilever intends to employ tens of thousands of vendors that would be selling directly to consumers, most of them BOP consumers. In order to set up their businesses Unilever provides microfinance for its vendors and in the process would provide a livelihood for people who might otherwise struggle to find work.

By seeing Africa as a fertile area for product and packaging innovation and above all – by listening to the consumer, Unilever had double digit growth in Africa in the past decade. The company indeed knows How to make it in Africa.