“My ambition is to become the managing director of Engen,” says Austine Odhiambo. 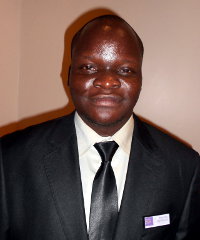 Austine Odhiambo has big ambitions for his career.

In 2002, Odhiambo started working for free at an Engen fuel station in Kenya’s coastal city of Mombasa as he waited to graduate from college with a diploma in chemistry. After a month of volunteering, the then 24-year-old was given a modest salary and continued to work for the fuel station owner in various positions.

In 2009, Engen offered him a position at the pan-African petroleum company’s Kenyan head office in Nairobi.

This week Odhiambo, currently Engen’s retail network manager, was among a group of young professionals honoured in Nairobi at the inaugural Kenya Rising Star Awards. Odhiambo emerged top in the Construction, Energy and Chemicals category.

The awards, which started in South Africa, seeks to recognise inspirational, passionate and talented young people in Africa.

Alister Swart, one of the organisers, tells How we made it in Africa that the Rising Star Awards indentifies the “cream of the crop” across nine industries. The winners and top nominees in each category receive training, mentorship and opportunities to network as they prepare to take on greater responsibilities in the future.

“We are identifying people who in the next three to five years will be put into senior level and decision making positions. We have created a closed network for all the finalists through which they can interact, network and build friendships. We want people in ICT to start networking with people in banking and manufacturing, for instance, so that when they get to decision-making positions they will call on each other and work together,” notes Swart.

The awards focus not on academic qualifications but on people like Odhiambo who have potential and a positive attitude, regardless of their position in a company.

“I was selling fuel but I had a bigger vision,” says Odhiambo of his career progression. “I always had a positive attitude and a passion to serve people. I made friends with many customers because I would serve them wholeheartedly and thanked them when they left. I loved my job.”

He was inspired by three motivational books given to him by a frequent customer: The Magic of Thinking Big

by Jeremy Bernstein and Secrets of the Millionaire Mind: Mastering the Inner Game of Wealth

“At night when other people were sleeping because work was slow I would read the books. These books opened up my world and I learnt a lot about how the corporate world operates and how to sell myself as a professional. They really reshaped my thinking,” says Odhiambo.

“Over the years I have furthered my education. I got another diploma in petroleum management, a degree in IT and I am set to graduate in December with an MBA. I am positioning myself to one day manage the entire Engen business in the country by building my capacity.”

“I think one big problem for young people in Africa is the perception that they have to wait until they have more money, a bigger position, like CEO, and more power to be influential. I think it is time for African young leaders to realise that as an individual you have influence and the time to act is not tomorrow. You don’t have to wait to be Dangote,” he says.

The beauty of being young and without much responsibility is that one has room to make mistakes, notes Martin Kiarie, co-founder and head of digital strategy at marketing agency BEAN Interactive, one of the five finalists in the Entrepreneur / SMME category.

Although his father was a businessman who faced a multitude of challenges, Kiarie quit his job in the UK six years ago and relocated to Kenya to start his own business

“My drive is personal. I don’t want to be consumed in the day to day nine to five activities. I want to be there for my wife and kids. So starting a business early [at 22] was in an aim to be there for my family when I am older. I am trying to build a wealth creation system that supports other people and is bigger than me so I can focus on family.”

He says entering leadership positions is hard for young people since there are millions of others in Africa who are also talented and aspirational.

“It is very crowded. You really have to work hard to stand out from the crowd…”

“My aim is to grow an African success story. I am very passionate about Africa as a hub of potential and I envision that in the next decade, with the right values, we will have a new continent based on proper leadership. Our biggest problem has been our leadership,” says Kiarie.

Clare Wamalwa, account manager at Tell-Em Public Relations and a finalist in the Business Services category, says young people need to strive for excellence in their professional lives and be ambitious while remaining patient.

“You should also try to build capacity by reading books and articles relating to your career and network with people in other fields,” says Wamalwa. “Things have changed, even for women. Today we see more women in leadership positions and that should inspire young girls to have big ambitions. I hope one day to be an inspiration to other people who want to get into the PR industry.”