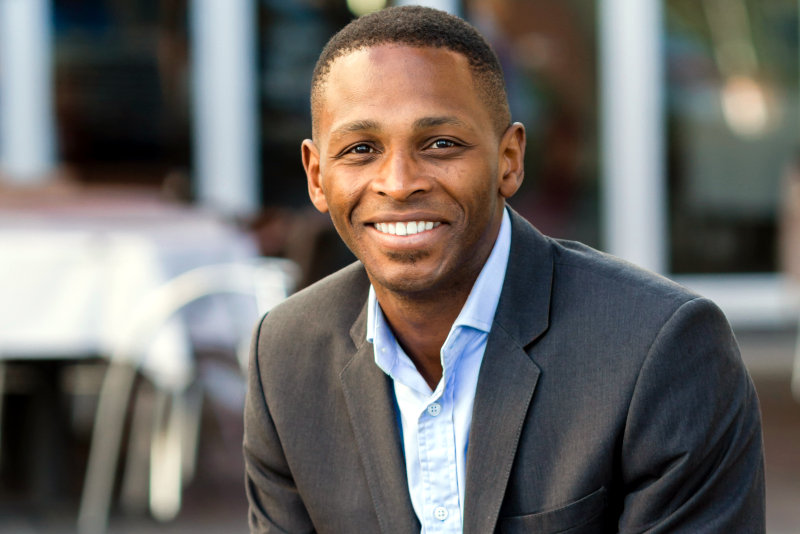 Nhlanhla Dlamini originally wanted to export South African meat into the United States. It was the first business idea on the road to realising his dream of building various industrial ventures. Finding the approvals and regulations to get the proteins into the target markets for human consumption tedious and expensive, he pivoted his business idea towards pets. Today, Maneli Pets exports food and treats to more than 12 markets and has expanded its reach in South Africa with three of its own brands. Jeanette Clark spoke to Dlamini about how he started and grew the company.

The evolution of an idea

After concluding his studies at the University of Witwatersrand in South Africa, Oxford and Harvard, Dlamini worked abroad for Morgan Stanley and McKinsey and Company. He saw how the pace of industrialisation and the manufacturing capacity in South Africa lagged behind developed countries and felt it presented an opportunity, specifically in agribusiness. “While South Africa has extraordinary proteins produced through animal husbandry, the country wasn’t exporting much,” Dlamini says.

However, getting meat into the United States for human consumption would not be easy. A strong farmer lobby group in the US ensures regulations are in place to protect their interests and would impact the possible success of a start-up of the nature Dlamini intended.

“I was trying to export biltong (dried meat) products and raw fresh or frozen meats into the US, but the negotiations to achieve this would have been at a much higher level than I could manage,” admits Dlamini.

A friend from Harvard Business School had an uncle in the pet food industry. He lamented the lack of diversity in the products available on the market, sparking the idea with Dlamini: the unique proteins found in his home country (e.g. ostrich, venison and crocodile), sounded like the perfect solution to address the clear gap in the market. “In 2015, I began to investigate this further.”

Back in South Africa, Dlamini spent six months looking for a factory to rent and repurpose for operations. He and co-founder Siphamandla Ndawonde realised they would need to build a facility from the ground up and it would require serious start-up capital or investment. 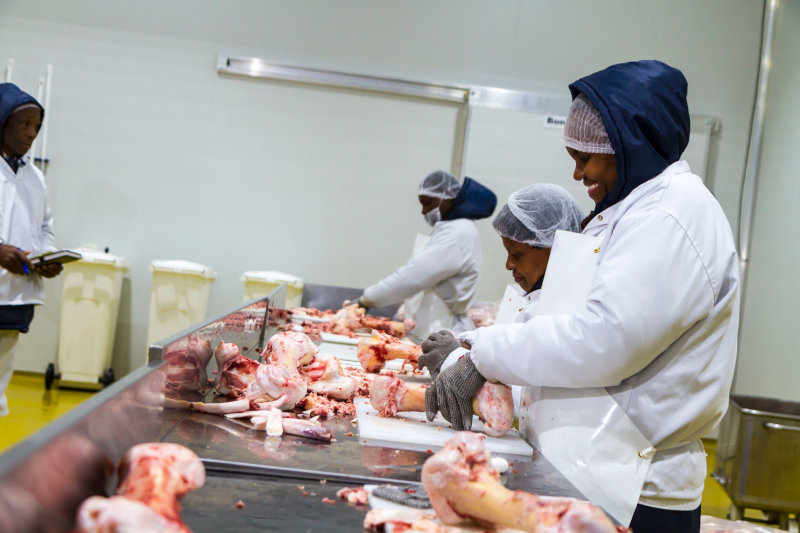 “We approached more than 100 investors and eventually succeeded with the Industrial Development Corporation and the Department of Trade and Industry’s Black Industrialist Scheme. A 2% success rate can make you question yourself, but you just have to persevere.”

With funding in place, construction commenced in Isando outside Johannesburg, South Africa. At the same time, Dlamini searched for customers.

He rented a small space and he and another person created samples of the products Maneli Pets wanted to export. These were dispatched with some indicative pricing to secure off-take agreements once the new factory was commissioned.

“I was designing process flows, costing it out and creating prototypes using ostrich and venison and consulting YouTube videos on how to create certain pet treats,” he says.

The Harvard classmate’s uncle proved to be a valuable connection as he was the first port of call for many of the shipped samples, distributing these to his contacts in the US. Dlamini also scoured the internet to find attendee lists of the biggest international pet trade shows.

“I would download a list of attendees and exhibitors and search for their contact details. After shipping a sample, I would follow up with an email to explain they were a good fit for what we were trying to do and that I was looking forward to their feedback once they received the sample. With cold calling, the success rate is often low. I simply followed up consistently until I got a confirmed no and moved on.”

From white label to own brands

Initially, after the factory was commissioned in 2017, Maneli Pets manufactured white-label products for other brands and retailers.

“After doing that for some time, we opted to create our own brands to control our sales strategy and the products we wanted to launch,” says Dlamini. Their first brand for pet food and treats was Nandi, after the Zulu word mnandi, which means delicious. It remains the company’s premium line and two others have been added: Happy Hound and Munchies. Nandi is exported to 12 different markets and sold locally. It is also available online in the US, UK and South Africa. Happy Hound and Munchies are sold in South African retailers and vet shops.

Maneli Pets still produces for white-label or private label partners: one being the upmarket retailer Woolworths in South Africa and a German customer. “Our requirement for private label business is a continuous, high volume demand. Smaller infrequent orders are far too complex for the factory to handle.”

The company exports only from approved suppliers. “The abattoirs we use are the ones that supply their product to upmarket and high-end retailers and other exporters. When it comes to venison, we cannot source meat from the weekend hunting trade that is legal but unregulated as it impacts our ability to export the processed product. Our venison has to come from highly regulated and approved abattoirs.”

The model works because Maneli Pets uses the cuts of meat that human consumption processors don’t want. It buys trimmings, bones, tendons and organs, and processes these into pet food and treats. It receives between two and three truckloads of frozen raw material a week. 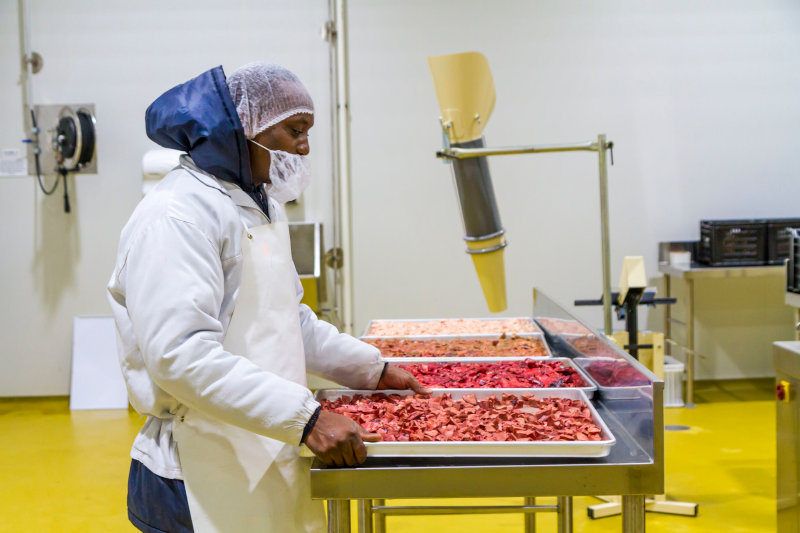 An employee at Maneli Pets’ factory.

“We have between 30 to 50 people working in the factory at any given time. They will defrost a portion of raw material required for production the following day and it goes to one of the four dedicated lines, depending on the required end-product,” explains Dlamini.

Bones and tendons are cleaned of sharp edges and excess fat, and dried. Organs are processed into treats such as freeze-dried bite-sized snacks or chews, while the meat cuts are made into food and biltong treats.

The company’s export strategy differs from its approach to the domestic market. “Our original plan was to export unique and healthy free-range proteins to the rest of the world. That has worked well and we have wrapped this into a premium brand.”

As soon as Covid-19 restricted people’s movements, the business took a hit. Customers no longer browsed in shops and couldn’t discover new and interesting products. “The world is slowly opening up again. We have seen some rebound in sales, but it will take time to get back to our previous sales levels,” Dlamini acknowledges.

On the local front, Maneli Pets is capitalising on the trend where pet owners want affordable, healthier and more nutritional snacks for their animals. The company offers freeze-dried treats made from ostrich, lamb, beef and venison organs under the Munchies brand. There are chews made from tendons and bones and it produces treats (called bites) from different meats with additional ingredients such as vegetable glycerine, molasses and antioxidants including rosemary extract.

For the short- to medium-term future, Dlamini believes growth opportunities remain in South Africa as the world recovers from the pandemic and logistics channels normalise.

“We are excited about the next two to five years for the domestic market. We have seen decent growth with two of the bigger retailers as more people realise our treats are an affordable, more natural alternative to what is available,” he says.

In the long term, starting around 2023, Maneli Pets will once again focus on expanding its export markets.