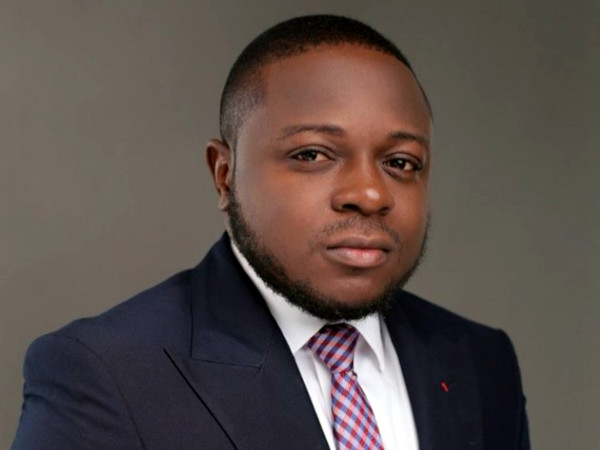 In his early 20s Oluwatobi Ajayi had a dream – probably more of a fantasy, he admits – to start his own automotive brand. “It was like wanting to go to the moon or sending Nigerians there. I never thought it would materialise.”

Then, in 2013, the Nigerian federal government announced the Nigerian Automotive Industry Development Plan (NAIDP). It includes favourable and preferential tariff rates for companies to import semi-knocked-down (SKD) or completely-knocked-down (CKD) kits of vehicle components from other countries for local assembly. Three years later, the Nigerian naira tanked against the US dollar and many local consumers could no longer afford the imported vehicles.

“That is when the fantasy became a possibility,” says Ajayi. “I wanted to design and assemble durable and elegant vehicles at affordable prices for the Nigerian and African markets.”

He had three years’ experience with Mercedes-Benz Vans in Nigeria and another three as the CEO of Jetvan, the Mercedes-Benz authorised dealership. “Without that experience, I seriously doubt I would have had the courage to start this company,” says Ajayi. “It helped me understand the manufacturing process. I also knew the regulators in Nigeria and Europe and it made me an insider in this world.”

In 2016, Ajayi used his own money to contract a company in Germany to look over the designs he had created for his automotive brand. A trip to Thailand and China followed to source a supplier for the bodies of the vehicles that would match his vision. Components were identified from Japan, France, China and Germany, and prototypes were manufactured for regulatory approvals and safety tests. In 2018, the first Nord vehicle rolled off the assembly line.

“It took about three years. The first unit was produced in late 2018, a minibus Nord Flit model. We began officially selling the full range only in September 2020 after our official launch,” adds Ajayi. 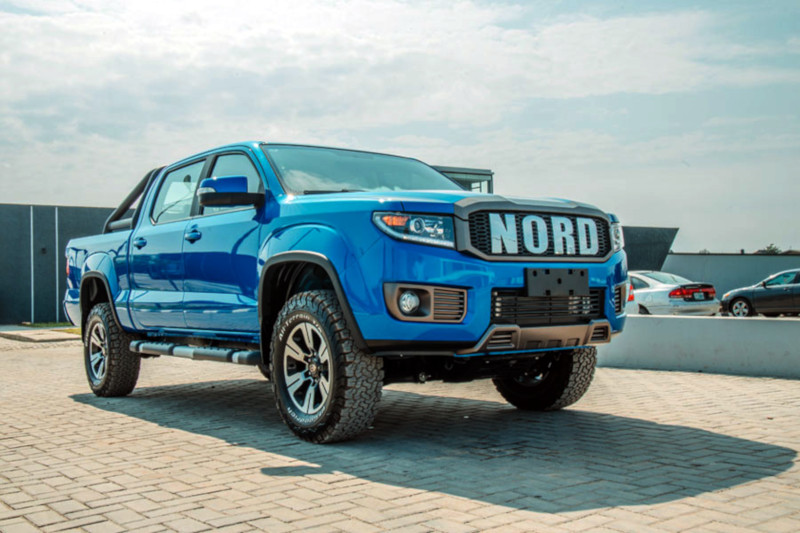 What’s in a name?

The name Nord might symbolise progress, strength and positivity due to its ties with the word ‘north’, which is what Ajayi was going for, but he admits the origin lies within the board game Scrabble.

“I wanted a name that was easy to remember, easy to spell and pronounce and which would sound strong and reliable when used. I also wanted it to start with the letter N to signify the country of origin,” he explains. “After choosing the O for the vowel, I went with the connecting consonant which you learn to do in Scrabble; I decided on R. And then I settled on K. My friends, however, shot down the name Nork, saying it did not sound great.”

Ajayi simply began at the beginning of the alphabet. Nora? No. Norb? Definitely not. Norc? Already rejected by the group of friends. Nord?

“I liked it immediately. Once I realised it was the word for north in many European languages, I instructed the graphic artist to create a logo with an arrow pointing north, to reference going upward, forward, growing.”

The company wanted to make it normal for Nigerians to be able to buy a new vehicle, but there was another bias that Nord had to overcome.

“Nigerians would prefer to buy foreign items even if it was second-hand. The trend now is that more Nigerians lean towards buying local. The made-in-Nigeria name is gaining some prestige,” says Ajayi. “I don’t know if it is patriotism or just growing trust, but more and more people are responding positively to local brands.”

Pulling the company back from the brink

The initial financing for Nord came from Ajayi’s pocket. He also received some funding from family and friends.

“After a while, I became very broke,” he admits. “Financing the design and the manufacturing of prototypes for Euro New Car Assessment Programme (NCAP) testing is incredibly expensive. The company was bleeding money. My money.”

There was a moment when it became clear the end was nigh and Ajayi investigated his options. He had his eye on agriculture. He shared his troubles with a friend explaining he was going to become a farmer. “She was not happy about it,” he remembers. “She was adamant I was creating a Nigerian automotive brand that could create opportunity for others and introduced me to an investment company in Nigeria with ties to investors and funds in the UK, Zrosk Investment Managers. I pitched my idea and they liked it immediately.”

Zrosk provided seed capital to establish the assembly line and today owns 30% of the company.

Nord has two assembly plants in Lagos: a 2,100m2 factory in Sangotedo where it currently assembles all eight models; the second 5,400m2 plant in Epe is still under construction. When completed, assembly of the models will move to the new facility and manufacturing of components will be done in Sangotedo.

The company currently manufactures its own plastic parts and is looking at eventually doing its steel pressing.

Capacity is around 100 vehicles a month, but with some investment, the number can be pushed up to 500.

“At the new plant, we would be able to do around 1,000 a month. But the market is not yet big enough to warrant assembly at those levels. We’ve only been officially selling since September and our orders are growing by 20% to 30% a month,” adds Ajayi.

The company offers eight different models with the 3-tonne pickup, the Nord Tank, the most popular. The others are the Nord Max (2.6-tonne pickup), the Nord A3 (sedan), Nord A5 (luxury SUV), Nord Flit minibus, the Nord Yarn and the Nord Tripper. 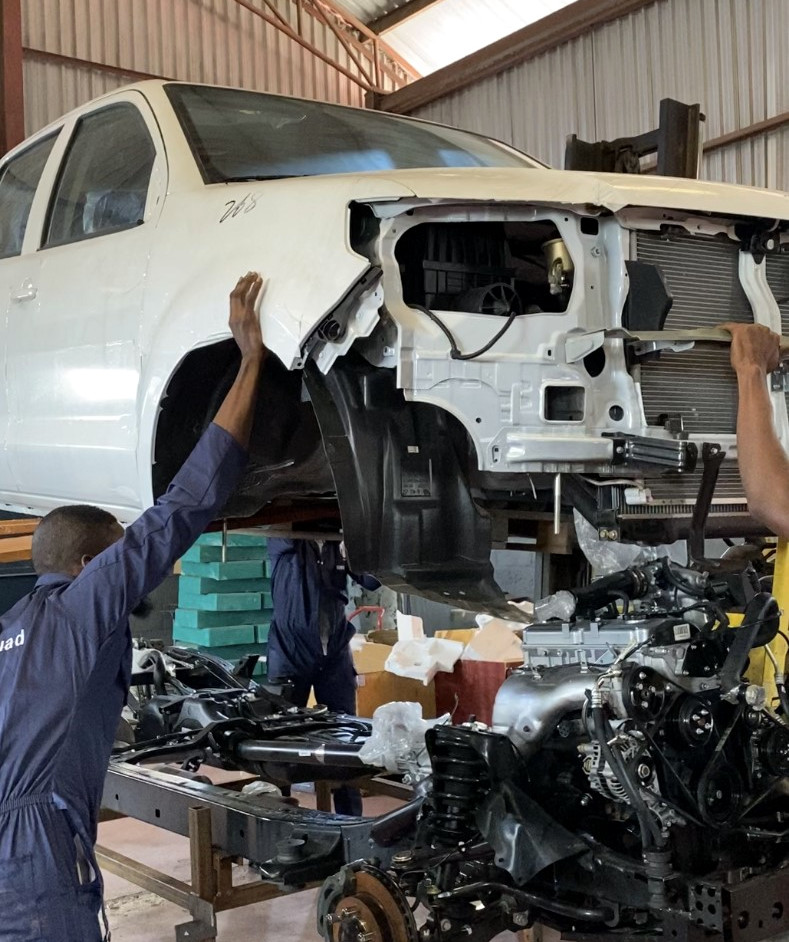 The long-term plan is to grow the company to such an extent that Nord will be involved only in the manufacturing and assembly of the vehicles, outsourcing sales and aftersales to authorised dealerships.

“At the moment, we sell directly. We are a new brand and are still trying to set the standard, create the culture and brand perception. We don’t want to outsource the closest touchpoint to the consumer, the dealership, just yet,” says Ajayi.

“The sales team is on the lookout for corporates that could be a good fit for some of these functions in the future, but at the moment we have a showroom in Lagos and aftersales points across the state.”

All vehicles are assembled on order and the waiting period, from the time of placing the order to receiving the vehicle, is two to three months. “We don’t keep much extra stock; only around 20 units, two to three per model. We sell these units in less than three weeks. It is the most pragmatic process at the moment.”

For Ajayi, a core part of the philosophy of the company was always to provide durable but, most importantly, affordable vehicles. It is, he says, the reason why the company exists. To achieve this, the team negotiates for best prices and the best value.

“Everything is geared towards producing high-quality vehicles at the best price. We source the best parts and ensure the prices we pay are the best we can get. If we have to order bulk to save on costs, we do that. We have a lean structure to keep operating expenses low,” he reveals.

This strategy allows Nord to sell its vehicles at around 30% less than its relevant competitors.

“Right now, one of the reasons why our pickup is selling so well is because a lot of customers are comparing it to five-year-old pickups imported from Japan. It is the same price and they are asking why they should buy a used vehicle when they can have a brand-new one from Nord with a three-year or 100,000km warranty.”

While the AIDP was one of the reasons Ajayi decided to make his dream a reality, Nord does not benefit directly from any other incentives apart from the tariff rates. However, he hopes this could change in the future.

When he looks back at the last five years, there is nothing he would have done differently. “The only thing I would change is to make sure Covid-19 never happened,” he says. “We lost a year but other than that, I would not change anything.