The recent death of 11 people, including well-known Australian businessman Ken Talbot and other executives of Sundance Resources, when their plane crashed in the Republic of the Congo has again turned the world’s attention to air safety in Africa. 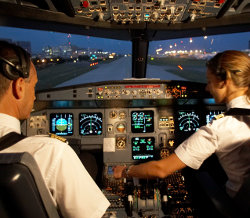 Even though significant progress has been made with regards to air safety in Africa, there is still room for improvement.

On 19 June, the chartered plane, flying from Cameroon‘s capital Yaounde to Yangadou in the Congo, crashed in the dense jungle. The executives were on their way to view the huge Mbalam iron ore deposit.

The Brisbane Times reports that Talbot, one of Australia’s richest persons, flew to Cameroon in a 19-seater luxury executive jet but the aircraft could not land at the airstrip in Yangadou. This left the executives with no other option than to hire a twin turboprop Casa C212 from Aero Service, a Congolese charter outfit.

According to Bloomberg Businessweek, Aero Service, with a fleet of seven passenger and cargo planes, has had a total of three crashes in the past five years, according to the Aviation Safety Network website.

In addition to the Congo incident, the crash of an Afriqiyah Airways Airbus A330 on landing at Tripoli, Libya in May this year also did not do perceptions of air safety in Africa much good.

So just how safe is it to fly in Africa?

International Air Transport Association (IATA) figures state that Africa had 9.94 hull losses for every million flights in 2009. This was against an industry average of 0.71. A hull loss accident is one where the damage to the plane is such that it must be written off, or in which the plane is totally destroyed.

Despite these recent crashes, there have lately been significant improvements in air safety. Nigeria, for example, hasn’t seen any serious incidents involving large commercial aircraft in recent years. During 2005 and 2006 the country suffered three high profile crashes that killed hundreds, including the Sultan of Sokoto, Alhaji Muhammadu Maccido.

Lanre Adewole reports in the Saturday Tribune that the federal government responded by replacing some obsolete equipment at four of Nigeria’s major airports and the country has since not experienced any air disaster at these major hubs.

According to Linden Birns, a South Africa-based aviation expert, one has to draw a distinction between accidents involving large commercial airliners and small light aircraft.

“Regarding large commercial airliners, safety has improved tremendously over the past five years. But accidents do still occur – as they do elsewhere around the world. Nevertheless, when the total number of accidents is measured against the increased number of flights, it is clear that the accident and fatality rate has improved dramatically,” says Birns.

“One of the biggest safety drivers in Africa has been the implementation of the IATA Operational Safety Audit (IOSA) programme. This is the only harmonised and internationally benchmarked safety standard for operators of commercial airliners,” explains Birns.

“Several countries have adopted IOSA as part of their regulatory requirements, but even in countries which have not, there is sufficient incentive for operators to submit to the audits. IATA provides expertise and support to assist operators in closing any gaps that are identified in the IOSA audit process. The required pass rate is total compliance. Failure to pass IOSA audits (which are carried out every two years) results in disqualification from IATA and exclusion from its financial services.”

Poor infrastructure is one of the major air safety hazards in Africa. According to the United Nations Africa Review Report on Transport, the continent had over 4,000 airports and airfields in 2007, of which only 20% had paved runways. The report states that “although the number of airports and airfields in the region seem enormous, a significant number of them do not meet International Civil Aviation Organisation (ICAO) standards and recommended practices. Only 117 of Africa’s airports are classified as international airports.”

Birns says that there is an urgent need for investment in aviation infrastructure in central, west and north Africa, especially modern navigation and communications aids. “The funds are available and generated through the overflight and other navigation charges that countries in those regions collect from operators whose aircraft utilise their airspace. But more often than not, these moneys are not being used to improve aeronautical services and safety. South Africa‘s Air Traffic Navigation Services (ATNS) company is leading the way in rolling out new technologies and services in partnership with several countries in Africa.”

Philippe Gaillard, air safety administrator for the European Commission’s Air Transport Directorate, agrees with Birns. During a presentation in Windhoek last year he noted that “air navigation and the airspace management suffer . . . from serious weaknesses (such as old and obsolete equipment).”

According to Gaillard, another problem is the age of aircraft used in Africa. He said that in 2003 the average fleet age in Africa was 20 years against a 10 years average in the rest of the world.

He said that the level of air safety differs from country to country and that “the situation in the Mediterranean countries appears better” and that some countries such as Morocco, Egypt, Kenya and South Africa have had a good safety performance.

Skills training is another area that needs to be addressed. “With African economies expected to recover faster than those elsewhere in the world, we can expect demand for air transport to pick up quickly on the continent. Unless African countries move quickly to develop a skills pool, we will face a shortfall in the number of qualified aircrew, engineers and technicians to operate and support a growing fleet of modern planes,” says Birns.

According to Birns there is still plenty of room for improvement and a lot of work that is being and could still be done with regards to air safety in Africa. “Any accident is one too many and there is no room for complacency,” he says.

Like many other economic sectors on the continent, the aviation industry is set to see rapid growth over the coming decades. Industry stakeholders should ensure that safety takes centre stage in this expansion.