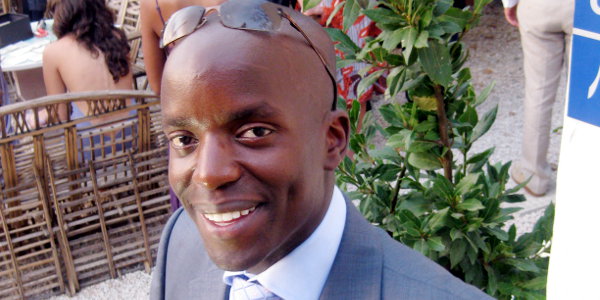 US President Barack Obama will be arriving in Nairobi this week for an official trip likely to be a euphoric event for Kenyans. It will be his first visit to Kenya as President, and much awaited given his paternal ties to the country.

When Obama took to the stage on 4 November 2008 to give his election victory speech, Brian Owango, like millions across the world, was watching on TV.

Owango was then working for a chain of luxury hotels in Nairobi and saw the speech from one of the hotel rooms.

“When he finished the speech I went to my office and typed my resignation letter. It was very significant for me, and I think for every young black man in the world, to see Obama get elected President of the US. I had given myself a silent personal promise that by the time I turned 30 I’d venture out on my own. Right then I knew it was time to leave,” says Owango.

He invested US$2,000 in a cocktail and mobile bar hire services company, starting operations from his garage with one foldable bar made of stainless steel and wheels for easy mobility. His business, Aqueous, is today a leading player in the industry, serving drinks and canapés at corporate functions, weddings, private parties and even presidential events at the State House.

Owango studied in the UK for a building surveying degree and worked part-time in restaurants and bars, making the equivalent of $6 an hour. When he moved back to Kenya in 2003 he took a job at a Nairobi establishment “mixing drinks”.

“I was talking about mixology and most people wondered ‘what is that?’ Even my family needed to be convinced. I had given them different expectations because I left Kenya to do a building surveying degree and here I was talking about cocktails,” he recalls.

Even though a UK degree would have been a “trump card” at the time, Owango decided to stick with the beverages industry. He climbed the ladder and worked with various other establishments until that historic November morning.

After quitting his job Owango spent time talking to people about his idea for a “bar on wheels”. Initially people did not understand the concept, but by early 2009, he started getting jobs.

Over the last six years the market has expanded with more competition and increased appreciation among customers for professional bar hire services.

“People’s tastes have also evolved. They are drinking a lot of spirits. I used to go to weddings of 500 to 600 people and I would bring 15 cases of just one type of beer. Today I go with 15 cases of different types of beer and I still come back with some. But all the whisky is gone. People want their single malts and their cocktails.”

Last year he started a new venture Wok U’ Like. It follows a similar concept to Aqueous but instead of cocktails, Wok U’ Like offers oriental cuisine on wheels.

“The wine and spirits market has taught us that tastes can change. We know now people will pay a lot of money for something nice. Wok U’ Like is medium range (in terms of price) and serves healthy and tasty food, and people love it.”

Keen to run a lean operation, Owango continues to operate from his garage which houses his mobile bars, freezers, and acts as the storage facility for stock. He was able to recoup his capital within the first year of business by cutting out unnecessary expenditures.

“Now I have 10 bars and they all sit in that garage. One thing I have learnt from this business is efficiency. I don’t hire people I don’t need. If I can do a task myself, I will. I train people for free and call them in when we need extra staff,” says Owango.

He advises aspiring entrepreneurs to invest in areas they are passionate about, and find partners early on – especially in managing the business.

“But don’t pick people who are like you, because you don’t need two of yourself in your business. Get someone who has skills and strengths you don’t.”