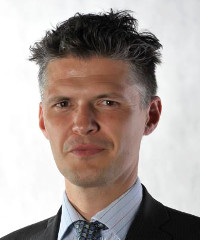 While the Mail and Guardian reported on Tuesday that the Kenyan shilling reached a three-month high despite the attack, there has been concern over how the violence will affect the country’s economy.

According to calculations by Charles Robertson, global chief economist and head of macro-strategy at Renaissance Capital, he expects that tourism numbers will decrease 18% over 2013 and will rise only 7% in 2014, before rebounding with 25% growth in 2015. “We still expect Kenya to record nearly 2m arrivals in 2015, up a third from 2010 levels,” he added.

Tourism receipts – which look at the receipts of a country in the form of consumption expenditures or payments for goods and services (such as transport by national carriers) made by international visitors out of foreign currency resources – are expected to drop US$160m in 2013. Robertson’s estimates suggest that this will increase just $80m in 2014 and $165m in 2015.

In addition, he assumes there will be an effect on transportation in the balance of payments too, such as the occupancy of Kenya Airways flights being reduced in the coming months.

Although Robertson emphasised that these forecasts were difficult to make due to unreliable or non-existent data, the estimations were based on comparisons with similar violent events, for example, the Bali bombing in Indonesia in October 2002 (resulting in an estimated 33% fall in 12-month tourism numbers over the year) and the 1997 bombings in Luxor in Egypt (causing a 17% fall in tourism numbers in 1997).

However, both of these attacks were targeted at tourists, whereas the Westgate attack was not. “Nonetheless, it captured global headlines for days and we should assume a significant negative impact on Kenya,” said Robertson.

Looking at previous incidents in Kenya

Kenya has seen a number of violent events in its recent history which also provide comparable data that could help predict how this recent attack might affect the country’s tourism industry.

In 1998, the US embassy bombing in Kenya led to a 7% fall in tourism numbers, and in 2002 there was an attack on an Israeli-owned hotel in Mombasa and an attempt to shoot down an Israeli airliner.

“But the election violence which killed over 1,000 around the 2007/2008 elections was most damaging of all,” continued Robertson. “Combined with the global financial crisis, it led to a 27% fall in tourist numbers and an 18% fall in tourism receipts in the central bank data. The first three quarters of 2008 saw year-on-year declines in holiday arrivals of 22%-36%.”

From July to October is the great migration that annually draws tourists to Kenya’s Masai Mara National Reserve, which Robertson believes should not have been affected by the Westgate attack. But the concern over possible violence around the national elections in Kenya this year has already caused a decline in tourist numbers.

“According to one news report we have seen, there was already an 18% fall in tourism numbers in the first quarter of 2013, due to media-led concerns about election violence in the 2013 elections,” said Robertson.

What about business travel?

In July, How we made it in Africa interviewed Andrew McLachlan, the Carlson Rezidor Hotel Group’s vice president of business development for Africa and the Indian Ocean Islands. The group, with brands such as Radisson Blu and Park Inn, has 23 hotels open in Africa and 27 under development across 21 countries, with 80% of these hotels geared towards business stay and travel in Africa.

According to McLachlan, business hotels in Africa are not just in demand, but they are also less vulnerable to the effects of political or environmental instability.

Tourism orientated hotels, he explained, work with tour operators that work in 12 month segments, and violence or political instability in a region can hurt their tourism accommodation business for 12-18 months.

“Whereas if it’s a business hotel and there is political instability or an outbreak of a virus, it’s only really going to slow a businessman down by probably 30 days,” McLachlan told How we made it in Africa.

“He is just going to postpone his business trip until the situation has calmed down before he has to go in and conduct his business. He needs to do business in that city so he is going to be prepared to go back into that market a lot quicker than a tour operator who is going to wait and see that everything is 100% fine and wait for the following 12 month segment before they actually put business back into the hotel.”