Kenyan-born Jennifer Barassa had a comfortable life working at some of East Africa’s largest corporations, such as Johnson & Johnson and Sterling Health, to name a few. Quitting to launch her own business was the last thing on her mind. 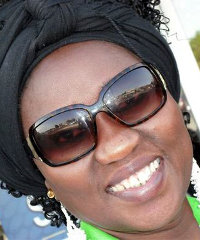 It all started in the mid-1990s. At the time Barassa was group account director at an advertising agency. One of her clients was a major East African brewery company. The brewer was worried about the entry of canned beer into the market, a type of packaging their company was yet to introduce.

Barassa told How we made it in Africa that for Kenyans, who were used to bottled beer at the time, cans seemed classy and was a novelty. Her client was concerned they would lose ground in supermarkets to their competitors who were selling beer in cans.

Barassa advised her client to have merchandisers at outlets to protect its shelf space and to fight off competition. The beer manufacturer needed someone with the skills and expertise to execute this proposal.

Barassa decided to quit her job.

“I wrote my ideas on [a piece of paper] and went to a cyber café where they typed it for me. I spent about 30 shillings (US$0.3) to print and make photocopies and I hit the road. The first place I went to was the brewery company, because I knew they had a need. It was a very easy sale,” she said.

In those early days, Barassa operated from her living room and had to do everything herself.

She used her network of contacts to land a contract with Standard Chartered bank, which wanted to run a campaign that would help decongest its banking halls and encourage people to use automatic teller machines (ATMs).

Barassa quickly got more contracts because many of her former colleagues worked with companies that needed her services.

“Within one year, my turnover was already one million shillings,” said Barassa.

Barassa needed pushing to go into entrepreneurship. Although her friends and colleagues always encouraged her to venture into business, she was just not ready. Taking that first step in 1995, she said, marked a new beginning.

“It was from there then that the entrepreneurial spirit [in me] was awakened. I started and I have never looked back.”

Surviving in a cut-throat industry

The market has changed significantly since Barassa launched Top Image. Back then, she said, there were only five below-the-line advertising agencies. Today she estimates there are about 60.

“We have fly-by-night agencies [and] briefcase agencies. There is cut-throat competition in the business.”

According to Barassa, Top Image stands out because it is results-oriented and delivers a quality service.

“We are not cheap. I am the Mercedes-Benz of the industry. I am expensive, I charge more than other people charge, but I give you results. I rarely go out to look for business; business comes looking for me,” said Barassa.