Africa is becoming a more attractive market for breakfast cereal manufacturers as they expand beyond the traditional US and European markets which are now seen as mature and offer little room for growth. 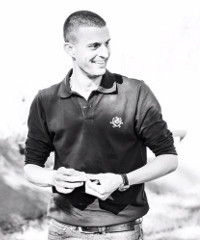 Ahsan Manji, managing director of Weetabix East Africa, describes having “cereal for breakfast as a cultural change” that is taking root in most parts of Africa including Kenya, the firm’s largest market in East Africa. He attributes this to the country’s rising middle class who have disposable incomes and busy lifestyles.

“People are moving away from arrowroots, sweet potatoes and bread towards a healthy breakfast like cereal. With the rising middle class we are finding our volumes are now beginning to rise. Weetabix, our flagship, is most certainly consumed by the middle class,” says Manji. “Middle income consumers are very aspirational. They want to consume the same things as the upper-end of the market is consuming. They want to consume what the Western world is consuming.”

“We had a goal to grow 15% this year. We are on track and we have massive ambitions for next year. In 2014, our ambition is to grow 23% and we strongly believe we can achieve that.”

While there has been significant growth, Kenya’s cereal market is still relatively undeveloped. As of 2011 only 30% of Kenyans ate breakfast cereals according to Consumer Insight, a marketing research firm.

Cereals are still perceived as food for children, a notion Weetabix is trying to change through “aggressive marketing, sampling and consumer education”.

“When you go to the cereal shelf at a supermarket you find all the boxes are filled with cartoons. So what do you expect? Consumers will go out there and think cereal is only for kids,” says Manji. “That is changing though. Our research tells us that parents are now eating more cereal because consumers are more informed on the health benefits of cereals.”

Weetabix East Africa currently distributes its products to Uganda, Rwanda, Tanzania and Ethiopia. While in Kenya the firm has “brand heritage”, it has faced difficulties in other markets such as Rwanda where the traditional breakfast culture of pastries and bread is dominant. Manji says there is a need to educate consumers.

“In Tanzania where we believe there is huge potential, the problem there has been non-tariff barriers. The single biggest problem with Ethiopia is the distance. So, it is cheaper to get products from our factory in the UK into Djibouti than it is from Kenya by road. It makes little sense but that is the reality because infrastructure is very poor.”

In Kenya, Weetabix faces challenges in sourcing wheat locally. Currently, 35% of the wheat Weetabix uses is sourced from domestic supply.

“We want to source all our wheat locally and that is a massive challenge for us. The thing about locally produced wheat is that quality is not really up to par with international standards. The prices are also too high. As a result we can’t leverage because whether we buy local or import the cost is really the same. Therefore, we will often prefer to import because it is better quality. We are working with local farmers to match the international wheat standards to support local farmers and the agricultural sector at large.”

Other hurdles Weetabix East Africa faces include operational limitations caused by the “high cost of power and poor infrastructure which makes distribution across Kenya very costly”.

Weetabix is seeking to strengthen its position in Ethiopia where Manji says there is “immense opportunity”. He also sees significant potential in Nigeria.

As it widens its reach, Weetabix intends to use a local manufacturing strategy as opposed to importing products.

“We don’t go into a market not understating the market. So, we will do in-depth consumer and retail research to understand the taste profile of the consumer. We don’t believe one size fits all. Ethiopians have a very spicy palate, Kenyans have a bland palate while Nigerians have a richer palate; they love flavour. We would like to tailor make our products for each market.”

The company, he says, has a “fantastic innovation pipeline” that will see the launch of new products to keep up with the on-the-go eating trends taking root in Africa.

Manji advises other business leaders in Africa to focus on consumers and not only the bottom line.

“The bottom line will come in as a result of the brand you build,” he says. “Develop a very strong leadership team, motivate them, give them the right tools to deliver and empower them. Don’t interfere and don’t stand in their way. You should strive to coach them and offer advice, but trust them and let them do what they do best.”