The gravity of the diamond world is shifting towards Botswana due to a new development in which mining company De Beers is moving its sales activities to the Southern African country. 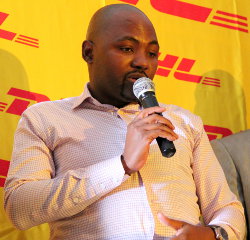 Diamonds account for about 30% of Botswana’s GDP. Debswana – a 50-50 joint venture between De Beers and the Botswana government – claims to be the world’s largest diamond producer by value. Debswana’s Jwaneng open-pit mine is the world’s richest diamond mine.

The Diamond Trading Company (DTC) is a subsidiary of De Beers and is the company’s chief gem distribution arm. Its activities are focused on the sorting, valuing and sales of rough diamonds, including diamond beneficiation.

In 1888, De Beers was established at South Africa’s world famous Kimberley diamond fields following the merger of the mining assets held by two young entrepreneurs: Cecil Rhodes and Barney Barnato. Within two years, De Beers had signed an agreement with a group of 10 London-based diamond dealers to sell its entire output. From this point and for the next 120 years, London became a global focus of De Beers’ sales operations.

However, this is changing. De Beers has signed an agreement with the Botswana government that will see the DTC relocate its London-based sales activities to Botswana by the end of 2013. Diamonds from all De Beers’ mines in Botswana, Namibia, South Africa and Canada will now be brought to Botswana. Sales to sightholders – a select group of buyers picked by De Beers to buy rough gems – will take place in Gaborone. The world’s most influential diamond traders will fly to the Botswana capital 10 times a year from major centres such as Antwerp, Tel Aviv and New York to buy diamonds from De Beers, reports Business Day.

It is expected that over US$6bn worth of diamonds will flow through Botswana every year.

As part of the agreement, De Beers will also make rough diamonds available for sale in Botswana. The idea is that in-country jewellery manufacturers will make use of this opportunity.

One person who is enthusiastic about the relocation of the DTC is Mokgethi Magapa, country manager of DHL Express in Botswana. “From an economic point of view this is probably the biggest development in Botswana in a long time. It is significant to the country as more value will now be extracted locally, and hopefully it shall have a multiplier effect on the economy.”

De Beers already started with worldwide diamond aggregation in Botswana last year, which is the first phase of the migration of all its sales activities to Botswana.

The process of aggregation involves the mixing of like-for-like diamonds from De Beers’ global production.

Magapa says there has been an influx of diamond cutting and polishing companies from countries such as India, Israel and the US into Botswana. “These companies are providing employment opportunities for the local population. The DTC relocation in itself also comes with job opportunities.”

According to Magapa, the influx of top diamond buyers to Botswana, as well as other related businesses setting up shop in the country will create a need for numerous services, from hotels and restaurants to telecommunications and banking.

He says Botswana is already experiencing a boost in economic activity and highlights the newly established Diamond Technology Park property development, which plans to house companies involved in the diamond industry, as evidence of anticipated future activity.

“We are expecting an influx of foreign nationals either by way of relocations or contract employment as well as regular sightholders who will come from time to time.”

He says the full benefits of the DTC relocation will, however, only be felt in the medium to long term, based on government programmes to ensure Botswana benefits from this development.

He says DHL itself is also poised to continue benefiting from the diamond industry. “Companies setting up operations in Botswana as well as the regular sightholders coming into Gaborone expect a world-class service, and DHL is geared for that. DHL Express Botswana operates on the same global standard operating procedures as its sister companies in Belgium, UK, Canada, etc and as such will be in a position to provide world-class service. We have a good number of clients within the diamond industry and they expect the same service that they get anywhere else in the world.”