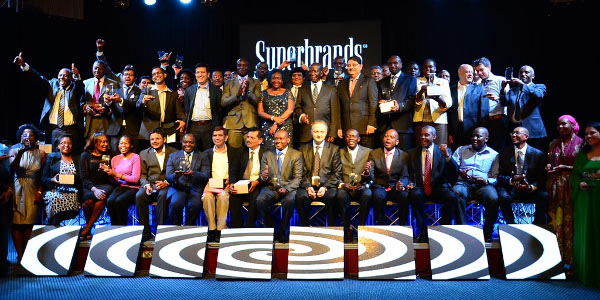 When Superbrands East Africa announced the strongest brands in the region last year, it was local companies that topped the lists in Kenya, Tanzania and Uganda. M-Pesa (mobile phone payments), Azam (from food and beverages to logistics and entertainment) and Rwenzori (bottled water) claimed the number one spots in Kenya, Tanzania and Uganda respectively. This week, Superbrands held an event celebrating the finalists.

In an interview with How we made it in Africa, Jawad Jaffer, project director and associate publisher at Superbrands East Africa, said of the results: “Homegrown brands understand the market and operate from within, not remotely. This makes decision-making quicker than [for] global brands.”

Launched in 2007 by Kenyan mobile network operator Safaricom, M-Pesa is a mobile money service used by over 20 million customers, with an average of 900 transactions per second, and moving KSh15bn (US$14,7m) daily.

Through partnerships with business owners, commercial banks, government agencies and international money transfer platforms, customers are able to use the service to pay their bills and transfer money. According to Safaricom’s latest financial results, M-Pesa’s revenue recorded growth of 33.7% in the last six months, to KSh.25.9bn ($254m).

Rwenzori was a pioneer in Uganda’s bottled water market when it started, in 1993. More than two decades later, several other players have entered the country, but in 2014 the company – now owned by SABMiller – still claimed to have a 65% market share. The water is exported to the Democratic Republic of Congo, Rwanda, Tanzania, Kenya and South Sudan.

Tanzania’s top brand, Azam, owned by the Bakhresa Group, has been recognised as a “Superbrand” for eight consecutive years, since 2009. Azam has a range of companies under its umbrella, which are targeted at markets in east and central Africa. These two regions comprise of 90% of its annual turnover of $800m.

AzamTV, a paid set of satellite TV channels (like American cable), was launched in Tanzania in December 2013, and later in Kenya and Uganda. The service sold 250,000 units within the first fifteen months of operation, achieving the fastest growth for a satellite TV service in east Africa. Azam is also in the transport industry, operating ferry boats between Dar es Salaam and Zanzibar.

The selection process started with a compilation of 1,000 brands, presented to a council of judges who cut the list down to 600. A consumer survey focusing on the reliability, quality and distinctiveness of nominated brands was put together, based on the 600-brand shortlist. The research took two years, and to ensure the credibility of the process, The Centre for Brand Analysis (TCBA) in London appointed market research firm TNS RMS to conduct the required fieldwork in east Africa.