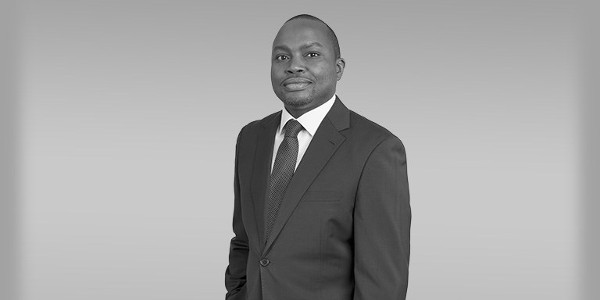 This past quarter, Zimbabwe reintroduced its national currency, reviving bitter memories of the hyperinflation period before the infamous Zimbabwe dollar was abandoned a decade ago. Despite the negative perceptions, there is a reasonable probability that the series of ongoing reforms to address the deep macroeconomic imbalances and currency crisis could boost the value of a new Zimbabwe dollar.

In late June, Zimbabwe abolished the use of foreign currency as legal tender and mandated all domestic transactions to be done in quasi-currency instruments, which were already widely used, comprising of bond notes and electronic RTGS dollars (RTGS$). The central bank also took additional measures to strengthen the local currency, including mopping up liquidity from local banks to cover historical foreign currency debts, as well as raising interest rates for overnight borrowing from 15% to 50%. Earlier in May, the International Monetary Fund (IMF) approved a programme to monitor Zimbabwe’s implementation of structural reforms, including a commitment to cut fiscal spending and stop printing money or borrowing from the central bank to pay its bills.

The currency crisis had worsened despite the introduction of an interbank market for trading RTGS$ in February. This market failed to take off, marred by government failure to fully liberalise the foreign exchange market, and the official rate continued to lag behind the black market rate. Consequently, prices for consumer goods and services were set in US$ with the equivalent RTGS$ prices surging amid the continued uncertainty in the foreign exchange market. The parallel market exchange rate for converting RTGS$ to US$ rose in late June to as high as 13.50 from 4.20 at the end of March – close to a 70% devaluation over the past quarter. Unsurprisingly, inflation has skyrocketed, jumping to 98% in May. Faced with the escalating cost of living but static wages, Zimbabwe’s largest confederation of trade unions started agitating for employers to pay their workers in foreign currency. This was unsustainable.

What do these recent developments mean in practical terms?

Insisting that all domestic transactions be settled in local currency will alleviate the demands for foreign currency wages and reduce US dollar demand in the foreign exchange market from consumers seeking to exchange their RTGS$ earnings into US$ to buy goods and services. Simultaneously, mopping up liquidity of available Zimbabwe dollars and stopping new money creation, will curtail supply of the local currency, boosting its value. Undertaking these reforms will require a delicate balance to let the market determine the effective price of a Zimbabwe dollar, while avoiding the risks of social unrest as prices of fuel and basic commodities adjust to a new reality.

It is still too early to herald the success of the latest currency developments, but the local currency has strengthened in the parallel market from a high of 13.50 RTGS$ per US$ to about 9. The interbank exchange rate also appears to be driven by market forces and less government interference, with some local banks offering rates higher than or at par with the parallel market rate. Subsequently, manufacturers and retailers should theoretically adjust their RTGS$ prices downwards relative to the recent highs in June.

Ultimately, the success of these currency reforms rests on the government’s sustained fiscal prudence. There is early evidence that fiscal policy has tightened since September 2018 and central bank financing of the budget has stopped since December. Inviting the IMF to monitor progress quarterly further lends credibility to the government’s reform efforts. We are guardedly optimistic that the country is moving in the right direction.

Over the past quarter, we sold some Old Mutual Zimbabwe shares and reinvested the RTGS$ proceeds primarily in Delta, Zimbabwe’s dominant brewer, as the Old Mutual implied exchange rate widened significantly amid the increased uncertainty. Foreign investors are still unable to repatriate US$ from Zimbabwe due to the ongoing currency crisis.

In evaluating investment opportunities across Africa’s capital markets, we are acutely aware of the macroeconomic risks, including currency and liquidity risks. As bottom-up stock pickers, we don’t claim to be experts or to have an edge in forecasting macroeconomic variables or the outcome of geopolitical risks. Rather, we apply our minds to try and determine the intrinsic value of a business considering a range of possible outcomes. We then try to determine if asset prices are adequately or excessively discounting these risk factors and whether they offer an attractive margin of safety.