Africa Internet Holding, an e-commerce business that has a vision to “accelerate the online shift in Africa” is betting on the continent’s internet revolution to build sustainable online businesses. 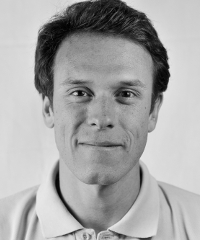 AIH, which has a portfolio of seven startups, has launched e-commerce platforms in nine countries in Africa: Morocco, Tunisia, Nigeria, Ghana, Kenya, Rwanda, Uganda, Senegal and South Africa. The firm’s parent company Rocket Internet has built more than 100 technology startups in 50 countries. Founded by three brothers in Germany, Rocket Internet has become known globally for its success in cloning startups.

“We believe in Africa,” says co-CEO of AIH Sacha Poignonnec. “We believe that e-commerce is going to leapfrog lots of traditional businesses. The opportunity is here.”

“Convenience is a common thread between all those businesses,” says Poignonnec.

He told How we made it in Africa that while Africa’s internet revolution is still new, AIH has had good surprises in some markets.

“Nigeria is the biggest country [in Africa by population] but there are some great surprises. We launched Jumia in Ivory Coast [which is] a 25m people country [and] is not the richest, but it is taking off faster than Nigeria.”

AIH plans to expand into Ethiopia, the Democratic Republic of Congo, Angola and Algeria.

“[Ethiopia has] 80m people who are buying products, eating food, looking for houses , looking for cars, taking taxis… that is a market for me. There are many large corporations that are starting to invest in Ethiopia. I think it is a great market,” says Poignonnec.

“Congo is quite stable. I think the degree of instability [is low]. We are in Egypt at the moment. Is Egypt stable? Well, no, but if you step back and take the very big picture into perspective… people are eating every day, they are driving their cars and buying items, that is what we do, we are not extracting oil.”

The firm’s aggressive expansion across Africa comes as a threat to local startups run by individual entrepreneurs. Its closest rival is South African-based multinational media company Naspers which invested in classifieds site OLX.

“We spend more time looking at what we need to do to better serve our customers rather than looking at what the competition is doing. I don’t know what their strategy is,” says Poignonnec. “We have an approach where we follow the market and we adapt our strategy to the adoption of the different services we are providing. We are growing with the market, not forcing the market. We have a long-term strategy.”

Although AIH is an international player by association to Rocket Internet, the firm’s strategy is to have a mix of local flavour.

“The Kenyan consumer is different [from] the Nigerian consumer. Everyone knows that the consumer class is growing in Africa, but in terms of their tastes, it really differs from one country to the next. I think it would be very ignorant of us to come into Africa with one approach. You need to have local flavour, you need to understand the market,” says CEO of Vamido Kenya Aneesa Arshad.

According to Poignonnec, the biggest challenge AIH faces is accessing talent.

“Is the challenge bigger than in the US or in the UK? I don’t think so. Talent is one of the scarcest resources everywhere. We are very well positioned because our value proposition as a company for someone who wants to work is very appealing. You work in an entrepreneurial setup yet it’s very structured; you work with experienced people who have knowledge and reasonable ambition.”

The AIH boss is also concerned about the venture’s speed of growth.

“We want to be ahead of the way, but not too far ahead or too far behind. That is a challenge but it is a good one.”

AIH is keen to continue its expansion into new markets in Africa as well as launch new startups on the continent. The company’s shareholders are not too concerned about making returns on investment just yet. According to Poignonnec, the focus, for now, is to continue growing.

While its competitors have had to close some of its businesses, AIH is confident that its approach will be successful in Africa.

Poignonnec says AIH has not had any failures yet, but the company has encountered some places where it is taking them more time to crack the market.

Poignonnec advises international companies expanding into Africa not to assume things work the same way in all 54 countries.

“Africa is the most diverse continent in terms of culture, in terms of religion, in terms of consumer behaviour [and] businesses practices. The first thing is to accept there is no one-size-fits-all solution.”