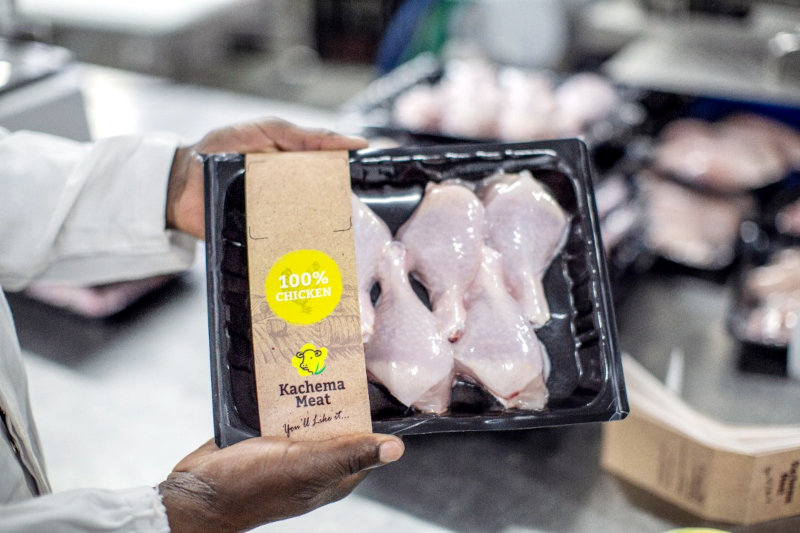 When cows are slaughtered for beef, their offspring are often sold by local farmers who do not wish to spend money rearing the young calves. Arie de Kwaasteniet started ranching over two decades ago by buying some of these orphaned calves.

Rearing the animals on his farm on the outskirts of Lusaka, Zambia’s capital city, the entrepreneur soon had more calves than expected as growing numbers of farmers turned to him with infant cows. In 1999, the buildup of livestock rolled over into a business venture as De Kwaasteniet started supplying meat and milk to local butchers and retail shops.

As business steadily increased, he expanded, sourcing funds to buy more land and move into producing other types of meat. Two decades later, his company Kachema Meat has evolved into a nationwide distributor.

The business sells around 10,000 kg of beef, chicken and pork each day throughout Zambia’s tourism, retail and hospitality sectors. The most popular product is polony, sold in bulk to street vendors, canteens and retailers.

Recently, however, sales have taken a knock as the government restricted many areas of Zambia’s economy in a bid to curb the spread of coronavirus. As the virus tipped the scales for Zambia’s ailing economy, the country went into a deep recession, the worst since 1998. The economy contracted by an estimated 3% in 2020. “Zambia is a tourist destination and when the pandemic hit it impacted tourism; tourists stopped coming to the hotels and restaurants had to shut down, so we weren’t able to supply these places,” De Kwaasteniet tells How we made it in Africa. 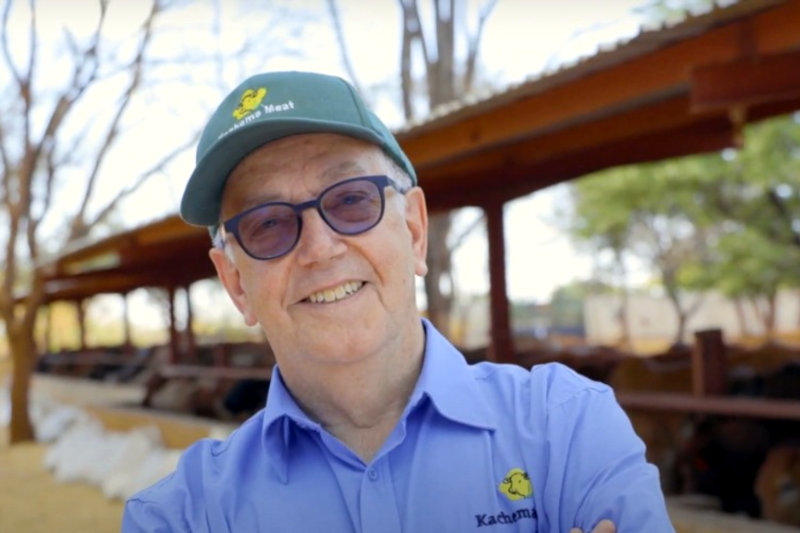 However, the company increased sales in other market channels and now supplies to mining and suburban areas. Mining is a key source of revenue for Zambia and while other businesses were shut down, mines continued to operate and mining canteens and shops remained open. As urban workplaces reduced trading hours and companies encouraged people to work in restricted shifts or from home, the focus shifted to local neighbourhoods as consumers were not visiting city centres.

De Kwaasteniet explains that substantial growth over the years is partly attributed to innovation in technology, product preparation and packaging methods. At the processing factory, carcasses are cut into blocks and packaged using flow vac technology, which extracts air and seals the meat pack automatically before it is transported for sale. Kachema Meat was the first meat supplier to introduce the vacuum skin packs for products such as fresh meat cuts and chicken parts.

The main benefit of the new technology is quality and hygiene. Sealed blocks and skin packs keep the meat fresher for longer on store shelves or when transporting over long distances, unlike the usual method in Zambia of delivering whole carcasses to buyers.

Reduced taxes would help to grow market base

De Kwaasteniet aims to widen Kachema Meat’s market base but to do this he hopes for an improvement in the country’s tax regime. “If the VAT was reduced, it would help to close the gap. If there was a lower VAT on processed meats, our products would be cheaper and we would sell more, but also more people in the informal sector would be paying VAT,” De Kwaasteniet says.

The entrepreneur hopes that newly elected President Hakainde Hichilema will make changes to reduce taxes or raise salaries to improve people’s purchasing power. The government has already begun a programme to review taxes and reforms but these relate to investors in the mining sector.

“People need an increase in buying power in many parts of Zambia; meat has become an expensive food product, the price of basic foods is going up but salaries remain stagnant, particularly those of civil servants. Of course, that is up to the government but an increase in people’s buying power means we could widen our market base,” De Kwaasteniet adds.

Further, an improvement in public infrastructure, steady power supply and more roads would increase Kachema Meat’s distribution networks, which are essential to compete with the major players in the meat industry. Zambeef, which has one of the largest distribution networks in Zambia, is the company’s main competitor.

Kachema Meat wants to broaden its reach by tapping into remote, under-serviced areas and exporting to southern and east Africa. The company currently exports to the Democratic Republic of Congo, but it is looking to establish a formal base in the country. De Kwaasteniet hopes that the meat-rearing and processing company will eventually become the premier supplier in the region.